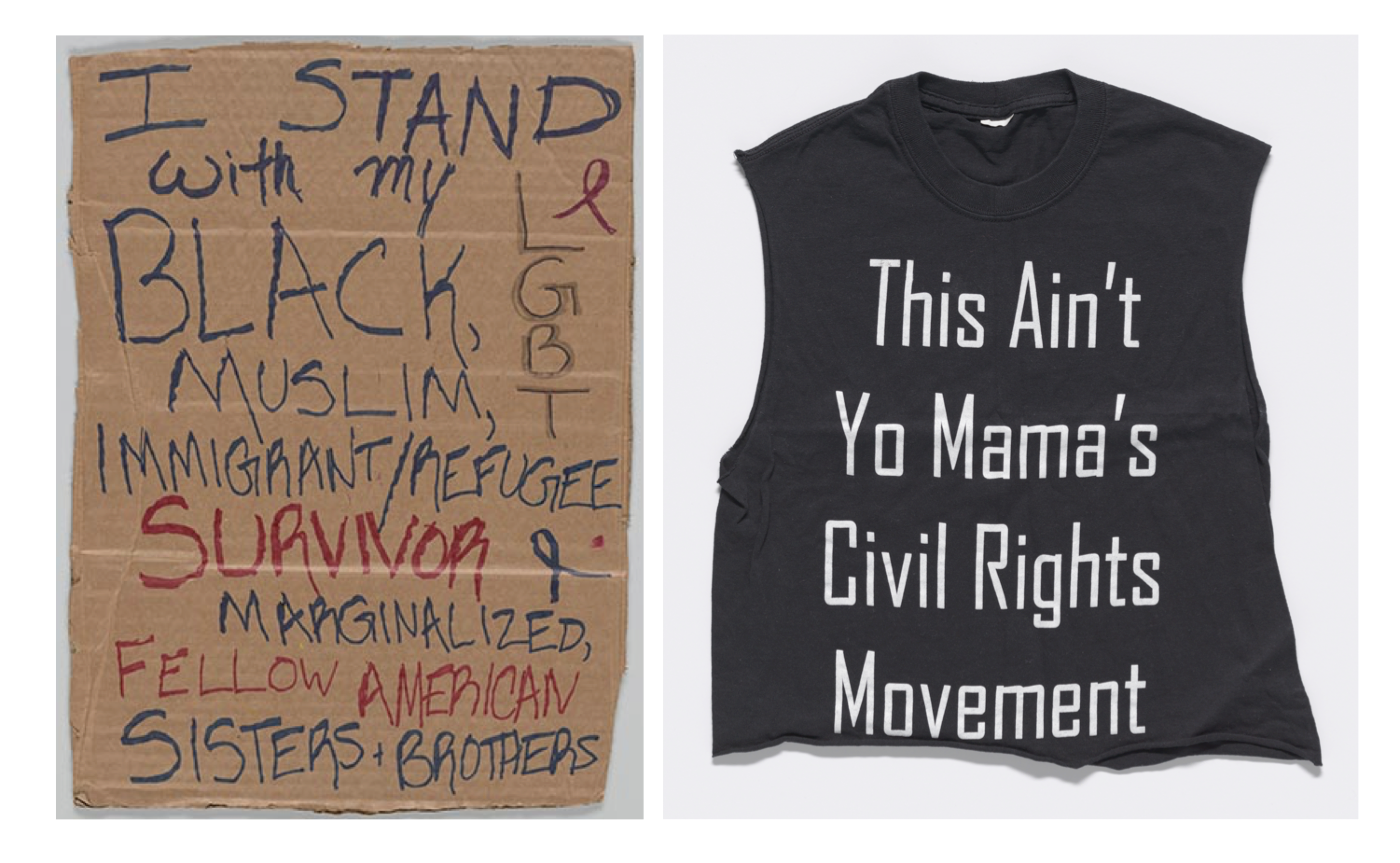 Join Smithsonian Affiliations and HistoryMiami Museum in collaboration with the National Museum of the American Indian (NMAI) and the National Civil Rights Museum, a Smithsonian Affiliate, will present a discussion of youth activism with community engagement leaders OnRaé Watkins, Dr. Noelle Trent, and Dylan Baca, with a special recorded performance from Edrick Trotter, a Washington, D.C. sixth grader from Statesman College Preparatory Academy for Boys. Ami Temarantz, Cultural Interpreter Lead at NMAI, will also an overview of educational resources available from the museum.

The involvement of youth in causes like climate justice, racial and gender equality, LGBTQ rights, and economic change continues to rise across the world. But this is not a new phenomenon. Youth have been involved in activism throughout history. From youth activism during the Civil Rights Movement to the role of activism in advocating for Indigenous Peoples and marginalized populations, speakers will explore different ways youth activism has changed the world in the past and how it continues to make history today.

This interactive program is particularly relevant for educators of all types and K-12 audiences and will offer resources and opportunities for students to engage in activism in their own communities.

OnRaé LaTeal Watkins is a creative arts education consultant and public programs specialist with nine years of experience in out-of-school programming. As the former Senior Manager of the Hirshhorn Museum and Sculpture Garden’s digital art studio for teens, ARTLAB+, she supports the Smithsonian’s efforts to offer racially inclusive and diverse programs. Ms. Watkins is currently serving as the Programming and Community Engagement Lead for the Smithsonian’s Arts and Industries Building and as the Education Coordinator for the Institution’s Our Shared Future: Reckoning with Our Racial Past initiative. She is also the founder of two DC-based grassroots programs rooted in the arts, technology, and racial and gender equity, including the  Black Girls Handgames Project, and Freedom Futures Collective.

Dr. Noelle Trent is the Director of Interpretation, Collections & Education at the National Civil Rights Museum in Memphis, where she oversees its permanent and traveling exhibitions, “The Infant team (Cottontail & Duckling classes combined), wanted to reach and connect with the Parents Association. After many family meetings with our infant families, the general consensus seems to be they would like the opportunity to meet their child’s educators informally outside of the Smithsonian museum prior to reopening. Of course taking social distancing and safety measure in place. The educators reached out to the administrative team, wondering how to navigate this in the best way, and were told to touch basis with you in regards to that. If you have any insight or information to help us we would greatly appreciate it.” collections’ donations and acquisitions, educational programming and initiatives, and collaborations with a variety of partners. In her role, she has presented internationally at the European Solidarity Center in Gdansk, Poland, and at high schools in Warsaw and Sopot, Poland. In 2018, she curated an exhibition and planned the activities for the museum’s commemoration of the 50th anniversary of Dr. King’s assassination, MLK50.

Dr. Trent is an accomplished public historian and has worked with several noted organizations , including the National Park Service, the Frederick Douglass National Historic Site, and the Smithsonian’s National Museum of African American History and Culture where she contributed to the exhibition Defending Freedom, Defining Freedom: The Era of Segregation 1876 – 1968. Dr. Trent has appeared in print and broadcast outlets around the world, including The New York Times, The Commercial Appeal, The Today Show, CSPAN, and CBS.She is a Phi Beta Kappa graduate of Howard University, where she also earned a doctorate in American history.

Dylan Baca, High School Senior, Student Activist, President of the Board of the Indigenous Peoples’ Initiative

Dylan Baca is a member of the White Mountain Apache tribe and through his cheii, he is Navajo. He currently resides in the White Mountains of Arizona where he is a senior at Blue Ridge High School. Mr. Baca is a strong advocate for social change and is committed to eliminating social inequities. Two years ago, he started the Indigenous Peoples’ Initiative, an organization that provides accurate messaging about Indigenous Peoples to  ensure that lawmakers and others can make educated policy decisions, and advocates and lobbies for marginalized populations.. Through the establishment of Indigenous Peoples’ Day, he believes that his organization could provide a platform to provide accurate and non-stereotypical imagery of Indigenous Peoples.

In  2019, Mr. Baca served as chairman of the Arizona Governor’s Youth Commission Human Trafficking Prevention Committee, and currently serves as a student advisor to Arizona Superintendent of Public instruction, Kathy Hoffman and as Board Member to the White Mountain Democrats. In his spare time, he enjoys playing golf and spending time with his family and friends.