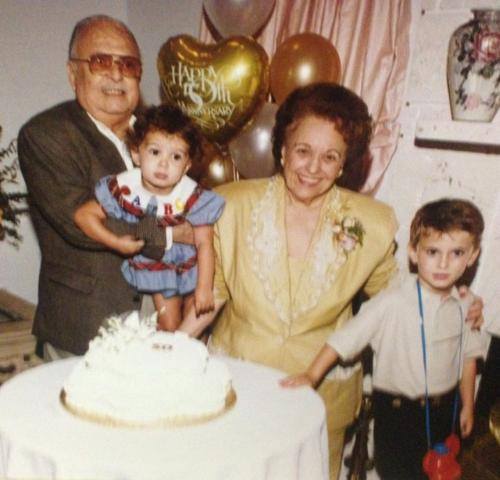 “I need shoes, Caridad, shoes! Stick some in there, we have to go!” Enrique Moya was hurriedly preparing his wife and children for the ordeal that he knew they were all about to go through. Desperately preparing a bag of essentials while his wife packed some clothes, the look on his usually sure face was that of panic and uncertainty, the look of a man who had everything to lose, and knew he was about to do just that. Amidst the chaos, 9-year-old Henry, Jr.  was sitting on the bed, absorbing flashes of future memories while his older sister yelled for him to get dressed.  He knew that something bad had happened, but he could not have had any idea of the magnitude of it. He knew nothing of the revolution taking place in his native Cuba or what it meant for his family. He had no way of knowing that he would never sit on that bed again.

Six years and 90 miles later, 6-year-old Migdy Vega was stepping off an airplane onto a busy tarmac at Miami International Airport. The flight from Cuba was short and violent, and Migdy was on the verge of being sick the entire way. Looking around she saw the range of emotions on her sisters’ faces: Mercy, who was older, put forth a veneer of confidence, while Tere and Ana Maria, younger, had not stopped crying the whole trip, and were visibly terrified. Taking her older sister’s lead, Migdy tried hard to keep her composure while meaningless words swirled around her in a rushed haze. Her next eight years would be equally chaotic, as Migdy would watch her father, Celestino Vega, struggle to establish himself as a doctor in the United States. She would help raise her sisters while her mother worked two jobs, struggle to adapt to a new language and culture, and at age 14, experience the death of her father. He died suddenly and unexpectedly, of a heart attack while at work. Migdy’s household responsibilities grew as her mother now had to support four daughters on her own, and like many children in similar situations, she was forced to grow up quickly.

Each bump seemed rougher than the last, as water splashed into the faces of six men hanging on for dear life. The captain seemed determined to push the boat to its limits, getting a perverse thrill each time the hull went airborne. Henry’s yellow Formula speedboat was his prized possession, but if you asked his passengers, they’d say he was trying to destroy it. Just 12 years after stepping off a much bigger boat in his new home country, Henry’s Formula and classic red muscle car were indicators of how well he had adapted to his new culture. To him, nothing was given. Those toys were the fruits of scrubbing floors and filling gas tanks, excesses that were only afforded after contributing to keeping the family above water. His was a life of work and play, with little room for schooling in between. Henry traded a formal college education for practical experience, quenching his thirst for knowledge through trial and error, not reading and writing. He began to parlay his problem-solving skills into various jobs in technical support and quality assurance, but he knew that he would never be satisfied until he was the one running the show.

The lights were bright, and much hotter than Migdy expected, as she stood up in front of a crowd of dozens of people. It may as well have been a sold-out Madison Square Garden. Standing under a sign with sparkling letters reading “Miami-Dade County Spelling Bee,” Migdy was about to claim victory and move on to the semifinals for the state championship. The word was “opportunity.” She knew the word, she knew how to spell the word, but she also knew that the lights would be a whole lot brighter at the state championship. The fifth-grade version of Migdy Vega never made it to the state championship spelling bee, nor did any other version. Migdy was a talented student, but her lack of self-confidence was her biggest hurdle to overcome. Migdy still felt the effects of the chaotic transition, still at times felt the familiar feeling of everything swirling around her head. For her, it took a gradual adjustment to feel like she belonged in her new home. As she grew up, she focused on the things she could control, her grades, her chores, and making money by tutoring on weekends. She slowly grew into her own skin, and by the time she had graduated from college, she attacked the workforce head on, using her degree in business administration to apply for every position she could find; the more room for upwards mobility the better, as she was determined not to be afraid of the bright lights ever again.

One day there was a real estate office that had issues with their shiny new computers. There was a third-party tech-support man called in, and a frustrated manager telling the technician what went wrong. There was that same manager telling the technician that he was an arrogant know-it-all and showing him the door. A week later there was a date between the manager and technician, and two years after that there was a wedding. Migdy and Henry saw bright signs in their future: a self-owned business, a house with a painted fence instead of a rusty gate, boats and cars to play with, sons and daughters winning spelling bees. Their days of poverty, loneliness, and displacement were over, and they were about to start creating their own family story.