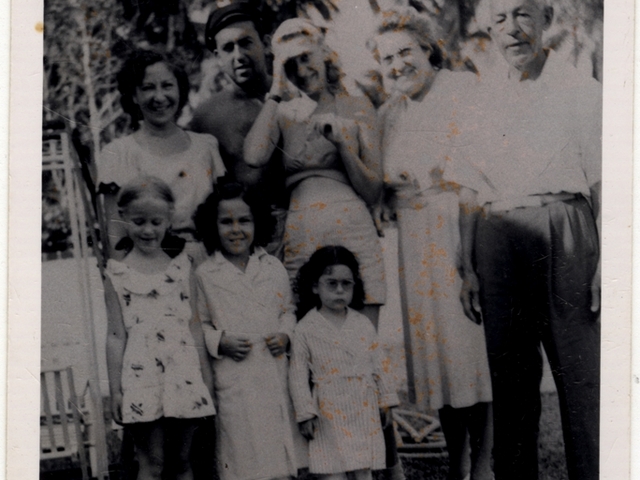 From Pogroms to Palm Trees: Rose Weiss, “The Mother of Miami Beach”

How does it feel to be the granddaughter of a Pioneer Family In a word—unique!

It would be a colossal understatement to say being born in Miami and growing up in Miami Beach has been spectacular, but how that all happened is the real story, and it all started with my grandmother, Rose Sayetta Weiss.

“Rosie,” as she was known, immigrated with her family to Brooklyn, New York, from the small village of Mizrich, on the Russian/Polish border. Jews there lived under the oppressive rule of the Czar, and going to America was every family’s dream.

The Sayettas settled in the East Side, and eventually Rosie married Jeremiah Weiss. They had three children: the oldest my Aunt Malvina Liebman Gutschmidt, an educator and author, My father, Milton Weiss, a lawyer and banker, and my Uncle and Godfather, Eugene Weiss, a podiatrist.

Rosie suffered from allergies and asthma and was advised by her doctor to move South. Luckily for me, she chose Miami Beach. In 1919, she arrived, and it’s safe to say the City was never the same.

I remember her as being formidable in stature as well as personality. She immediately became active in politics and attended every city council meeting for 40 years. The City Fathers called her the “eighth councilman.”

While raising her children and then directing her grandchildren, she managed to organize the first Red Cross, found the PTA in Beach schools, design and sew the Flag for the City of Miami Beach and raise five million dollars in War bonds, more than any other woman in the State.

I pity the person who ever tried to say no to my grandmother, and there weren’t many who did. During the Thanksgiving and Christmas Holidays, she convinced the local merchants to donate food and clothing for poor families.

She would take my cousin Wolf (who was 10 at the time) and make the deliveries in her four door green Chevrolet. On her car was the decal of a Rose, and the Police knew when they saw that rose, not to ever ticket her no matter where she parked. If only I still had that car and decal!!!!

I’m told that when my Father announced he would marry my Mother (Ceecee Alexander), Rosie was skeptical of the blonde bombshell as a future daughter-in-law, but after two grandchildren and lots of brisket dinners they became friends.

Grandma Rose loved to babysit my sister and me. Our outings included the Parrot Jungle, The Rare Bird Farm, Crandon Park Zoo, and Pigeon Park, which is now Bayside.

At home she made up endless stories about a fantasy town called “Catsville” and played Opera and classical music all the time. As a result, I became a music lover and a Mario Lanza groupie in the first grade!

Grandma Rose had strong opinions and was very protective of her family. She made it clear that she disapproved of women wearing trousers and smoking in public. When I went to Europe after graduating from Beach High, she cautioned me to have a good time, but not to talk to any strangers; I didn’t always take her advice.

Rosie was nicknamed “The Mother of Miami Beach.” Her friend Carl Fisher once said that it was his money but her spirit that built the city. She died at 88, and whoever said that one person can make a difference certainly knew my grandmother. Miami Beach continues to be my home and I’m proud that my family tree is a Palm.