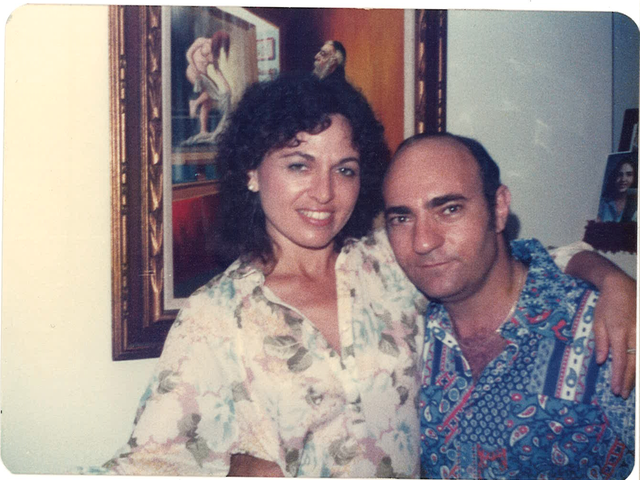 You can probably imagine my reaction as a 9-year-old from Winston-Salem, N.C. after seeing Miami Beach for the first time in 1947. My parents brought my younger brother and me down from North Carolina to escape a polio epidemic running through the South that summer. Miami Beach was the first big city I had ever seen. I was mesmerized.

Compared to life where we grew up, the possibilities in South Florida seemed limitless. Back then in Winston-Salem, it was impossible to avoid the smell of freshly harvested tobacco. There was still Jewish segregation and some anti-Semitism. Our family was one of 50-60 Jewish families in Winston-Salem and our contemporary friends were spread out across the South. Many of my friends lived in other towns in North Carolina, Virginia, South Carolina and Georgia. Our world definitely felt a bit isolated.

The Reform Temple in Winston-Salem was basically our home. Aside from a few movie theaters, Aleph Zadik Aleph (a Jewish youth fraternity with chapters all over the country) was the only true local hangout for us growing up. I really had never seen anything like Miami Beach. It was mostly desegregated for Jews by 1947, except for Bal Harbour. That unforgettable smell of fresh tobacco in the air was gone. Once our family checked into the rooms we reserved at The Georgian Hotel on Lincoln Road and Collins Avenue, I took one look out of the window at the ocean and knew that one day I would make the Miami Beach area my home.

The Georgian was at the heart of everything we did for fun that summer. It was a short distance to some of the Beach’s legendary eateries: the Crossroads, DuBrow’s Cafeteria, Huey’s Cathay House, Wolfie’s, Joe Hart’s Pickin’ Chicken and the Noshery at the Saxony Hotel. Between the hotel pool, the beach, miniature golf next door, and breakfast at the Liggett’s Drug Store counter, what’s not to like for a 9-year-old? I can still taste the fried chicken from Joe Hart’s and the corned beef sandwiches from DuBrow’s, sliced thin and piled high for a dollar.

My family continued to visit Miami Beach during the summers before finally moving full-time in August 1954, when I was in high school. Much to my dismay, I had to go back and stay with my brother in Winston-Salem to complete high school. I skipped a grade, but Miami Beach Senior High did not recognize that year and would have required me to redo it.

I’ll never forget what happened in 1954 during our first few days as official Miami Beach residents. We went to see the house my parents had rented in Bay Harbor Islands, when two gentlemen stopped to see my father about urgent business they needed to discuss.

They were sent by Rabbi Leon Kronish, the legendary rabbi at Temple Beth Sholom. Rabbi Kronish had received a tip from our rabbi in Winston-Salem that our family was moving to Miami Beach and that Temple Beth Sholom should recruit us to be members. Rabbi Kronish apparently wasted no time and, we later learned, sent two of his best to recruit us for their congregation. The two gentlemen were Judge Harry Arthur Greenberg and Howard Miller, one of the initial developers of Cooper City. I guess temple membership recruitment was serious business back then.

My family did join Temple Beth Sholom, and my father quickly became one of the leaders in the congregation, a role he proudly held until he passed away in 1973. My father was always volunteering and giving back. He was a community leader in North Carolina and afterward in Miami Beach.

Naturally, I looked up to him and wanted to follow in his footsteps. After college graduation in 1959, my military obligation was fulfilled as a member of the Florida National Guard outpost in Hollywood, and later in the U.S. Army Reserves across from the University of Miami. In March 1960, I landed my first (and only) job and also enrolled in the University of Miami graduate school for classes to prepare for the CPA exam. I was living in Surfside at the time, and my classes were at night. Getting around back then wasn’t nearly as easy as it is now. The interstate had yet to be built, so I had to take the Broad Causeway or the Venetian Causeway to Biscayne Boulevard, taking that all the way to campus in Coral Gables.

Even though there were about 30% fewer cars on the road than we have today, that was still a huge drive. I stayed busy by volunteering as a firefighter with the Surfside Fire Department. Aside from the chief and captain, , who trained us well, the rest of the Surfside Fire Department was composed of volunteers. We had a single truck. They needed us, but I can really only recall one time when there was an actual fire.

I eventually met my current wife Nancy in the late 1970s and would settle with her in Hollywood. She has been a permanent fixture by my side in the community, involved with Temple Solel, Jewish Adoption & Family Care Options (JAFCO), Cystic Fibrosis Foundation, David Posnack Jewish Community Center, and our current involvement with Miami Jewish Health Systems, where I serve as chairman of the board of directors. This August will mark my 60th year as a full-time South Florida resident, though it all began with that first summer vacation in 1947.

Thank you Miami Beach, for making all the dreams of a wide-eyed 9-year-old from Winston-Salem come true.