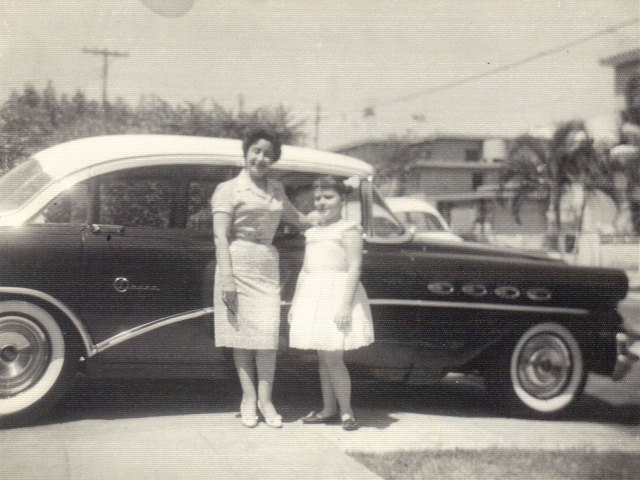 Stories of families separated and reunited, of language difficulties, of nostalgia for the old country, of countless vicissitudes, but also of triumph, success, happiness: all immigrants share very similar stories, and mine is no different.

My mom, dad, sister, and I lived in Marianao, Havana, in a huge home with my uncle and aunt, who had a very successful pharmaceutical business. My dad and his brothers owned two auto-parts stores. We were happy.

On that fateful New Year’s Day 1959, when I was just 5 years old, our lives and those of countless other Cubans were forever changed. Two years later, my sister would leave Cuba for Canada – the first exodus of our small but close-knit family.

The next year, Castro officials would call up my dad in the middle of the night and offer a one-way ride to Miami on the African Pilot in exchange for the keys to his business and his car. This was the modus operandi for the Castro government. They would play your desire to leave the country against your assets.

If a person had a business or any other substantial asset, government officials would tap them to see if they were willing to make a deal. There was no halfway – you gave them everything you owned in exchange for the ticket out. You had to hand everything over at a moment’s notice; you did not have a chance to select some things you might want to keep or give to your relatives – it was all or nothing.

My dad took them up on the offer in order to pave the way for my mom and me to join him. A church group from New Jersey sponsored my dad and moved him to Orange, New Jersey, where he worked as a school janitor to earn enough money to prove to the U.S. government my mom and I would not be a public burden.

After enduring an extensive “inventory” of all our belongings by the government (where they would catalog everything you owned before you left and come back to check it again the day before your departure to make sure you didn’t give away, sell, or get rid of anything).

Mom and I left Cuba for Mexico City on a Cubana de Aviacion flight in late October 1965. After four months, in what seemed to me to be a paradise of food, clothing, entertainment – all available for the buying without the “libreta” (the notebook where the government keeps track of your food allotments), we traveled to Orange, New Jersey, in the dead of winter, to join my dad.

My mom and I had not seen him in over four years. We all had to get used to each other again. We lived on the third floor (a semi-attic) of a three-family home. There was only one room which was divided by a sheetrock partition; I slept on the couch and my parents on the bed on the other side. Still it was wonderful to be together again. But painful memories remained on our island – my aunt and uncle were still there with no hope of leaving.

I was enrolled in school midyear and had a very hard time with the language. I was forced to repeat the fifth grade again because the principal didn’t think I could make it in the sixth grade with my poor English. I recall the teacher dictating sentences in English for the class to write down. It was a terrible feeling not to understand a single word and seeing all the kids writing and my own page a complete blank!

Despite this setback, the unfamiliar-yet-beautiful snow, the cold winter, and the long walks to and from school, I learned English quickly. I passed the fifth grade in only four months and was promoted to sixth grade. But I was always teased because of my accent and the way I dressed. There were no Hispanics in my town and my classmates didn’t even know where Cuba was!

Every summer we visited Miami Beach for two weeks (no SoBe then!) and stayed at the White House Hotel. I fondly remember a little restaurant on Washington Avenue that served black beans and avocado salad (something we rarely saw in New Jersey).

We used to go for drinks to the Doral’s Starlight Roof on Collins, we went swimming off Lummus Park on Ocean Drive, and attended concerts at the Sportatorium in Hollywood (now the BankAtlantic Center).

I attended Berkeley Secretarial School in East Orange and got a job with Exxon Corporation in Florham Park. After a year, I moved down to Miami with my aunt and uncle, who had been able to leave Cuba via Spain by turning over their house and business to the government, in the same way my father and countless others had done before.

My parents moved down the next year and we all lived in an apartment in Hialeah – together as we had been so many years ago in my beautiful Havana.

Wonderful, beautiful, sunbright Miami! – the weather, the smells of Cuban food, the chatter on street corners, the royal palms dancing in the breeze. Here, so close to our homeland, life is pleasant and the dream of going back to Cuba one day that much better defined. I will go back one day.

My sister never moved back to Miami. She made her life in Montreal until she passed away in 2008. My mom and dad are also gone, as are my aunt and uncle.

I made my life here, married, and had two wonderful sons who are now 27 and 25. I offer my eternal gratitude to this great country that offered us a safe haven and that continues to open its arms to so many. There are many days when I look at the shimmering blue skies and remember the sky over my house in Cuba, the palm trees, the trips to the beach, the durofrios (little frozen juice cubes).

On those days, I drive over to Little Havana to get a colada and a pastelito and to hear some good old-fashioned “Cuban” Spanish. I take a deep breath, and for a moment, I am back home.