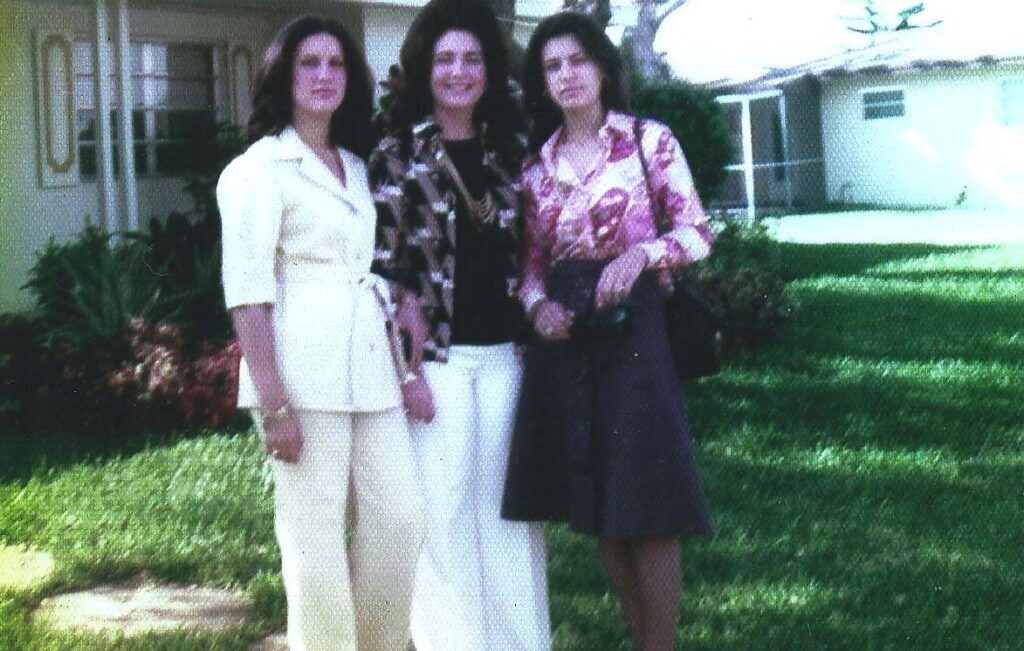 On June 29, 1973, we waited all day long for the movers to come for our furniture. At the time, I lived in an apartment in Flushing, New York, with my family. I was 16 and had just completed my junior year in high school. We were moving to Miami, where every Cuban living up North dreamed of living.

The movers finally arrived late in the afternoon. Although everything was packed, it seemed to take an eternity for the truck to be loaded with all our furniture and boxes. Finally, the apartment was empty, and my father, grandparents, older sister and I drove off in our Chevrolet station wagon. It was nighttime, and my sister and I sat in the front with our father singing along to songs playing on the radio so he would not fall asleep. We stopped in Washington, D.C., for the night.

Sometime in the afternoon on July 1, we drove up to the front of our new house in Kendall. My mother and younger sister were there waiting for us with members of the Cosculluela family, lifelong friends who were instrumental in our move to Miami. We could not believe our eyes. This four-bedroom, three-bathroom house with a pool was to be our home. We had arrived in paradise.

In the summer of 1973, Miami was not the metropolitan city it is today. Kendall ended at the turnpike. Dadeland was anchored by Jordan Marsh and Burdines. Across Kendall Drive was the Dadeland Theater, where we watched the latest James Bond movie, Live and Let Die.

Our mother took the Palmetto Expressway every morning to her job at the Flagship Bank on Lincoln Road in Miami Beach. She and her fellow co-workers would take the trolley on Lincoln Road at lunchtime. There was a Burdines on Michigan Avenue and a small Saks Fifth Avenue store behind Burdines.

In Kendall, there was a Jefferson National Bank on the corner of 97th Avenue and Kendall Drive where my grandfather opened his first checking account.

Miami Dade College was much smaller. My older sister attended college there and worked part-time at Jordan Marsh in Dadeland, where she was not allowed to wear pants to work. Florida International University was relatively new, and all college-age students whose parents could not afford the University of Miami attended Miami Dade for the first two years of college and then the last two years at FIU. It was not yet the four-year university it is today.

My younger sister and I attended school at Loyola on Coral Way, east of 107th Avenue. Emilio Cosculluela, who passed away three weeks after we moved to Miami, was the owner of the school. I was a senior; my sister was in sixth grade. My senior class consisted of 30 boys and girls. Most of my teachers were Cuban, and some taught their classes in Spanish.

My second day of class, I stayed home from school, throwing up. I asked myself, “What was I, a New York City girl who rode the bus to her all-girl Catholic high school, who hung out with American girls smoking cigarettes after school, and who rode the subway into Manhattan, doing in Miami, Fla.?”

I did go back to school on the third day. I wore my uniform – plaid skirt, white blouse, knee socks and saddle shoes – and rode in the car with my father, who worked in the school, and my younger sister. I soon got used to my classmates speaking “Spanglish,” the boyfriend/girlfriend couples who spent the day glued to each other like old married couples, and the math teacher who taught trigonometry in Spanish. I even taught some of my new friends to smoke.

It took me a long time to think of Miami as home. It is now 38 years since our arrival in sunny south Florida. I graduated from Loyola, Miami Dade, FIU and the University of Miami. I met my husband here. He moved to Miami from Chicago the summer before I did. We were married in Little Flower Catholic Church 29 years ago. Our children were born at Baptist Hospital. Our son will be married next summer, and our daughter is coming back after attending culinary school in Michigan. We live in the village of Kendale, not far from our first neighborhood.

I sometimes wonder what my life would be like had we stayed in New York. I still love to visit the city we lived in when we first came from Cuba in August of 1961. I prefer cold weather and snow to the heat of Miami summers, but Miami is my home. I root for the Miami Heat and the Miami Marlins, and if I liked football, I would root for the Miami Dolphins, too. Miami is a very different city in 2012. It is a city I have grown to love.