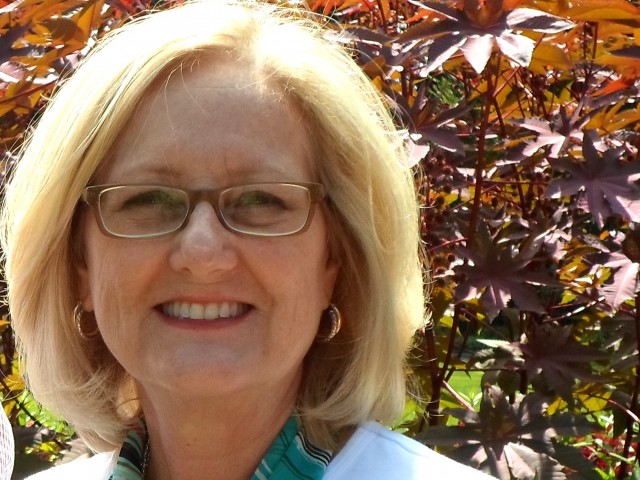 The Chandler clan arrived in Miami early in the 1920s so that my father’s father, Thomas Chandler, could make a living working construction in those boom years of early Miami prior to the big hurricane of ’26 that destroyed it all. The family, including six children, lived in the Allapattah area enjoying the fruits of the tropics and fresh-caught fish from the-then pristine Miami River.

The maternal side of my family arrived in 1944. My mother, then 23, had had enough of the cold Indiana winters and longed for warm breezes and the glittering nightlife that was Miami. She arrived by train, suitcase in hand, $75 in her purse along with the phone number of a friend’s grandmother who might be able to put her up for the night.

It was with this journey that Velma Ruth Villwock of Indianapolis became Ruth Villwock of Coral Gables. Always one to dream big, my mother took the bus downtown and, looking skyward, saw the towering Alfred I. DuPont building on Flagler Street and declared that she would work there.

I don’t think that my mother ever took no for an answer, and consequently worked there a short time until seeing another impressive building that called her name. While living on Alhambra in Coral Gables and renting a room in the home of a wealthy elderly couple, “Mom and Pop Rhoads,” she became acquainted with the majestic Biltmore, then an Army Air Force hospital.
Once again, setting her sights high, she gained employment as a medical secretary in orthopedics at the hospital.

She changed her residence to an apartment within walking distance of the fabulous edifice. Thus began her magical “Biltmore days,” eating lunch by the pool, watching celebrities like Johnny Weismuller and Esther Williams come and go, meeting wounded GIs, and dancing with soldiers at USO parties. Her photo album is filled with lovely, smiling young women and handsome men who crossed her path and are ever immortalized in fading black-and-white photos, names unknown.

A highlight of those days was a reception given at the Biltmore for General Dwight D. Eisenhower where, as a date of her boss, Mom shook the hands of the general and his wife, Mamie. Miss V., as Mom was known to her boss, was dressed to the nines and was as glittery and sparkling that evening as the event itself.

In 1947 at Coral Gables Methodist Church, she married a handsome young Marine, my father, Joe Chandler. In 1950, they bought a house on the GI bill for $50 down and $50 a month in West Miami. It was there they began their family, which included my brother Bob and me. They raised us in Riverside Baptist Church in a city where we could walk to the corner Grand Union for groceries and play outside until the street lights came on.

In 1960, when our first Cuban neighbors moved into the house next door, my mother made them feel welcome and mentored the young mother in the ways of our city. Neither spoke the other’s language but as mothers, they communicated with the same language of the heart with a little help from their children and much pantomime.

My father was busy building a business, Craftsman Commercial Interiors, which was located on the Palmetto Expressway near Hialeah. The business built and installed interiors for restaurants and bars. It couldn’t have existed at a better time. Miami was growing and prospering, as was the Bahamas. Dad frequently flew on a small plane to the Bahamas for installations. His business had among its clients Chippy’s restaurant on Miracle Mile, where the New York-style cheesecake was out of this world. Our family got a kick out of sitting in the booths that were our dad’s handiwork.

As the business prospered, my parents wanted more for their children, so we moved to a new pool home in the Westchester area where Bob and I could attend the new, all air-conditioned Miami Coral Park Senior High School.
Miami grew and changed quickly; when my parents retired in 1975 they, like so many others, left for northern Florida. In 1992, my mother returned as a single woman because Miami had never left her heart. She closed on her condo in Kendall the weekend Hurricane Andrew arrived.

After six months, she was able to move in and lived in her condo 20 more years, enjoying all that Miami had to offer. Her connection to the Biltmore continued as she went for tea in the lobby and had brunch on the terrace. She especially loved the 4th of July fireworks at the Biltmore and even took the tour inside, adding details of the Biltmore’s war days to the docent’s speech.
My mom’s love of Miami never ended and her tales of the magic of being young in Miami during the war years live on with her children and grandchildren.

We gather back in Miami for her funeral this week and to celebrate her life. The balmy breeze and slanted light of autumn remind us that for everything there is a season. This magic city grew in my mother’s lifetime from a winter vacation playground for northerners to an international metropolis. It changed with each decade as we did. What doesn’t change is the clear, clean air from the ocean, swaying palm trees, the vibrant green of our tropical plants, explosion of color from bougainvillea and hibiscus, along with stories and memories of our beloved and unique home. We all attest to the fact that Miami with her flair and charm is in our hearts always.