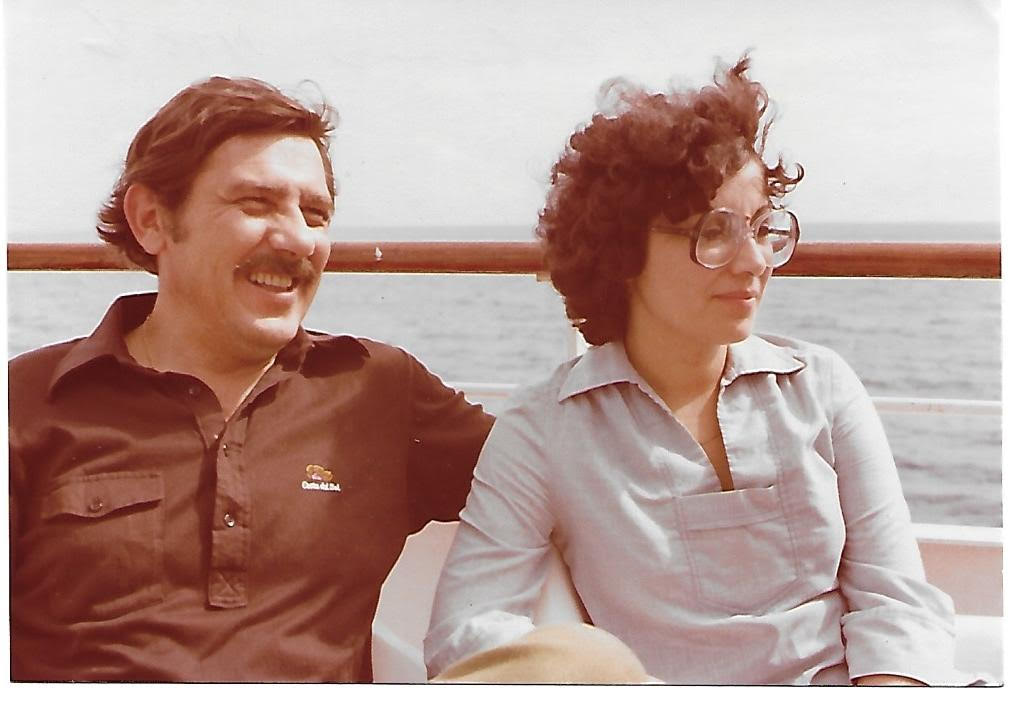 In 1955, my new husband and I, as an exciting afterthought, sprinted on an Eastern Air Lines plane from Puerto Rico to Miami to cap off our memorable six-week honeymoon on the “Island of Enchantment.” It was fun to think that an added week to our honeymoon would parallel Elizabeth Taylor’s much celebrated 1950 seven-week honeymoon with Conrad “Nicky” Hilton, Jr., heir to the Hilton Hotels chain.

Miami in 1955 could have been called “a one-horse town.” Acres and acres of outlying areas were dedicated to the farming of agricultural products, such as green peppers, tomatoes, and limes; within the town itself, retail stores closed at 6:00 PM and traffic snarls were unheard of. This cosmopolitan Magic City of the 21st century could not be envisioned in anyone’s crystal ball nor in anyone’s psychedelic dreams.

We crossed the main streets and roads of Miami for one week by foot, rental car, and tour bus, awed by its wide, clean, empty streets, sausage trees we had never seen before, whole streets lined with huge Royal Poinciana trees in full bloom, a tropical ambiance exuding Hispanic footprints and history and, most importantly, the University of Miami campus with its luscious, sun-bathed landscaping and beckoning call.

When we realized at the end of the week that we had spent our last penny, we donated our blood for $20 and a donut, to help pay for our trip back home to New York City, our birthplace. This not being enough to take us home, we checked the personal ads in the Miami Herald and contracted to drive an elderly man’s Cadillac to New York City. So, although penniless, we arrived home in style. Once home, we decided to quit our jobs as soon as possible, pack our wedding gifts, and move to Miami.

We were married on April 23, 1955, in Brooklyn, New York, and arrived in Miami with a car that barely made it, on August 10th that year, at about 10:00 PM, somewhere on S.W. 8th Street, tired and sweaty, not knowing exactly where we were. We could not find a motel in sight. Finally, we saw one in the distance because of the red neon light blinking in front of it. The room, however, did not have air-conditioning. When we inquired, the manager told us that we did not need air-conditioning because we had “cross-ventilation.” The next morning, when we looked out the window, we discovered that we must have arrived at “motel row” because we were surrounded by motels.

That was how we arrived in Miami. Most local apartments and residences did not have air-conditioning. As time went by and people started moving in, noisy room air-conditioners were installed in master bedrooms and later extended to other rooms. Finally, central air made its mandatory entrance into all buildings in Miami.

Open discrimination was still observed in this vestige state of the Old South. At the Coral Gables bus depot, there were separate water fountains for colored and white people, and separate bathrooms. When we applied to rent a one-bedroom apartment, the landlady (we still call her The Dragon Lady) was chatty and giddy about what a nice couple we were. As we were signing the lease agreement, she told us, “There are only two people I don’t rent to: University of Miami students and Puerto Ricans.” My jaw dropped because my husband was a University of Miami student and we were both of Puerto Rican ancestry.

We are forever thankful to God for that first impromptu visit to Miami by two young people in love who knew nothing about life. Over the next 63 years, Miami proved good to us, even more than good. We lived through many stories, some happy, some sad, which would take up more space than is warranted here. In the end, we have enjoyed a good life, full of blessings, health, abundance and prosperity. We have three outstanding, compassionate, beautiful, productive and civic-minded children, four grandchildren who bring us joy each time we see or even think of them and, to date, two great-grandchildren.

A year ago, we moved out of Miami as the exciting, 24-hour a day teeming lifestyle and overwhelming traffic became too stressful for our advanced years. We have moved further north in Florida to Port St. Lucie, where we are surrounded by green open fields, and life is calmer, much as it was in Miami back in the early fifties.