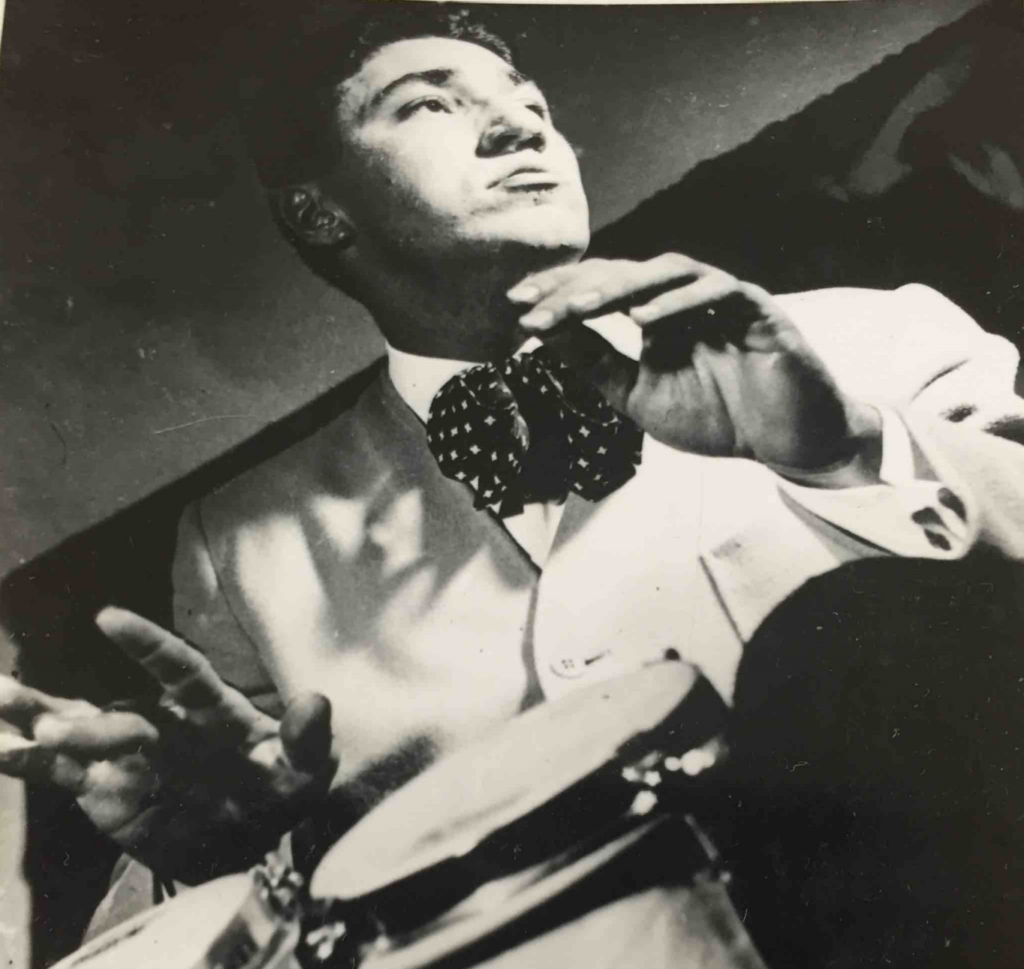 In 1937, most all the southern old timers pronounced Miami as MI-AM-MA, but I had a distant cousin, Rose Lobree, who was a member of the social coterie of the last empress of China, in Shanghai, and visited Miami for occasional winter seasons. She pronounced it MEE-AH-MEE, as did others in her social group.

At age 12, in 1937, I first learned to play snare drum as a member of the Miami Beach American Legion Junior Drum and Bugle Corps, who met every afternoon, after school, in the softball stands at Flamingo Park.  Such groups became very popular in Miami after the fabulous Miami American Legion Drum and Bugle Corps, Harvey Seeds Post, won national championships. That group brought further fame to our city with its stirring rendition of “Moon over Miami” in military style, played in major cities, nationwide.  They wore white horse-riding uniforms with high, black leather boots and WWI chromium-plated steel helmets, tipped at a rakish angle and gleaming sharply in the sun.  They marched and played at a fast pace and their appearances were heavily attended.

I practiced diligently and, in seventh grade, was accepted into the Ida M. Fisher (named after Carl Fisher’s mother) High School band.  Upon completion of the new building next door, the school name was changed to Miami Beach Senior High School.  Our outstanding band director was Felix McKernan who led us to first place designations year after year in both state and national competitions.

One day I was called to the director’s office and was introduced to a stranger, Rollo Laylan.  Rollo, it turned out, was the “Old Drum Gold Drum” award winner that year and was the drummer with the famous Paul Whiteman Orchestra, playing at the Roney Plaza Hotel, Miami Beach.  Rollo was in “delicate health” as was said in that day, and his doctors said his health would be well served if he moved to Miami.  Rollo, along with Gene Krupa, formerly Benny Goodman’s drummer, had written and published the first manual for dance band drum set, so Rollo decided to open a studio to teach drums in Miami. He chose me as his first student.

In the ensuing years I played drums in small groups in just about every hotel from Fifth Street to Lincoln Road as most hotels had a dance and a band one night a week for guests and friends.  The hotels cooperated in alternating band nights so there was a dance most every night at one hotel or another and it was all free.  In due course I joined the Miami Musicians’ Union and played in fancier venues.  One job was as drummer with the Jose Tomasio All Cuban Orchestra at the Miami Jai Alai fronton.  We wore white uniforms with crimson sashes as we led the cesta-armed players in the opening parade each night around the playing field.

Then came WWII and the Army took over one hotel after another to billet soldiers for basic training for the Army Air Corps. They learned to march on what had been the Miami Beach city golf course.  In 1943 I was 18 in May, graduated Miami Beach High School in June, was drafted into the Army in July and then shortly found myself in the teeth of The Battle of the Bulge in Belgium, France and Germany, in the 106th Infantry Division. But that begins a long story for another time.