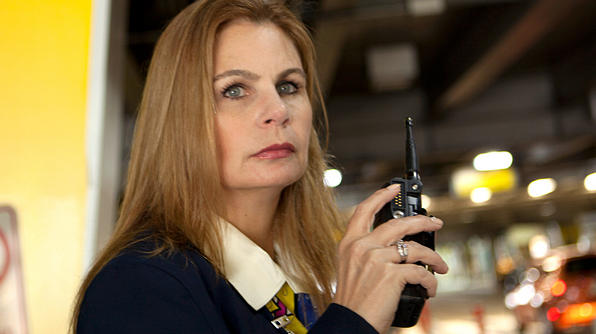 I started working at Miami International Airport in 1988. My mind was young and impressionable and clueless.

I was a public service assistant and I was to provide information to the many lost people who happened upon my information counter located in the heart of the airport. Every day, thousands of passengers from around the world use MIA. Through the years, I have met celebrities, backpackers, thieves, a Tibetan monk and, quite often, homeless people. They all have a story to tell.

I did not start out thinking I was going to see the airport as a classroom of all things people. With time I started noticing people. I looked at their clothes, luggage, hairstyles, the shape of their face and most of all, the way they communicated. I was in a comparative studies class of human societies and the global movement of people. Get a bag of popcorn and a box of Goobers and you’ve got entertainment! Sometimes it’s better than the movies!

I developed a game I started to play and still play today. When I see a passenger I try to guess where they are from judging from the way they are dressed and the luggage they are using. It is difficult to distinguish between the Midwesterners and the Germans, especially when they are wearing Birkenstocks. Italians usually wear very colorful Benetton-looking clothing and luggage. You can always tell people who are new to traveling. They have on brand-new clothes. It is hilarious to watch women walk in their five-inch heels and disco shirts as they struggle to make a half-mile trek to their connecting gate carrying their luggage.

I have watched airlines check in their passengers countless times and I have likened the process to a pocket-size representation of their society. In the ’90s I would stroll past Lufthansa, British Airways and El Al airlines every day to get to my office. British Airways passengers are quiet, soft-spoken and polite. Germany’s Lufthansa airline always had an organized check-in with orderly passengers. I was in bewilderment when El Al, the Israeli airline, would check in their passengers. Surrounding them were men who resembled the Secret Service protecting the president.

When Lacsa, the Costa Rican airline, would check in at 6 a.m. the terminal would sound like a farm of caged roosters. I will never forget the now-defunct Tower Air, a U.S. carrier providing cheap flights to New York in the 1990s. Their passengers rioted every time.

Brazilian tourists come though MIA by the thousands. I can immediately tell when school is out in Brazil because we tend to get huge groups of Brazilian camps on their way to Disney World. They usually wear matching bright T-shirts. On their way back they all have Disney souvenirs.

I remember when the very small Guyana Airways used to fly into MIA. They were hours, if not days, notoriously late. The greeters never showed up. I remember an outbound pilot sleeping while he waited for the plane to arrive.

The Cuban flights are always interesting to watch. On outbound flights one can see a colorful array of Cuban expatriates, dressed in new clothes, bearing gifts for their loved ones still on the island. The flights arriving from Cuba are always emotional. Numerous family members, waiting for long-lost family members left behind in Cuba, are often in the greeters’ lobby.

Many Caribbean islanders as well as Latin America citizens come to Miami to shop. They arrive with empty suitcases and overfill them to take back to their country. I often see them in local stores with a list of requests. Sometimes a check-in resembles a chaotic flea market.

Walking through the terminal is like going to Epcot and visiting multiple countries in a day. I always take the time to talk to anybody I can, providing they have time and patience to spend with me. My friends have established a three-question limit for me, knowing that they would never be able to reach our destination if they didn’t.

Because of the many Caribbean flights, rum is the common liquor that is abandoned at a checkpoint or turned into Lost & Found. Rarely do you see vodka, cognac or whiskey. After the fall of the Berlin Wall, Aeroflot started flying into MIA in the early ’90s. All of a sudden I heard Russian accents and people bringing in vodka from the duty-free shops in the islands.

Working in Passport Control I get to see our world in a microcosm version. Often U.S. citizens arrive from the islands in shorts and T-shirts carrying bottles of rum. The lines for the U.S. citizens are considerably much faster than the line for “visitors.” The Europeans, South Americans and Asians first ask where they can smoke and are patient, while the U.S. citizens will question authority without hesitation.

Qatar just started flying to MIA in 2014, and it is exciting to see the different people from a part of the world I have never seen before at MIA. I look forward to getting to know their people by watching them check in, process through Passport Control and perhaps having our paths cross.

There are so many ways to view an airport: as a job, as mass transportation, as a brand, in terms of advertisement, or the study of human migration, as a history, sociology or anthropology class. I think it’s a great place to work. I am just not sure if it was the airport who taught me how to see the world or if it is I who sees the world in an airport.