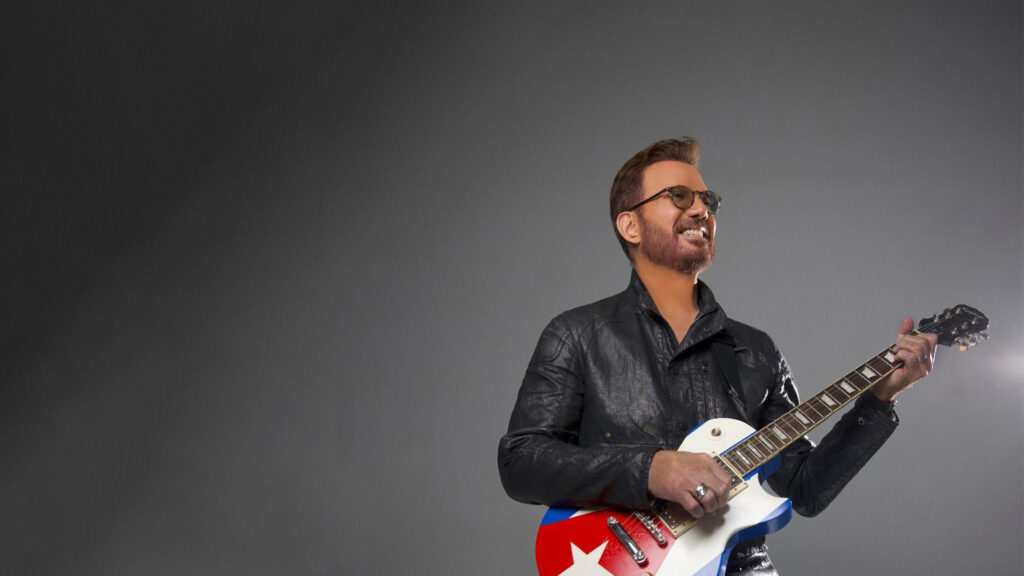 HistoryMiami Museum is thrilled to announce the 2023 launch of Willy Chirino: 50 Years of Music, an exhibition paying tribute to a life and musical career that transcends generations and reflects Miami’s rich and complex history. The exhibition opens January 27 and runs through September 10, 2023. As a thank you to fans and the community, opening day will be free to all visitors! Presented by Leon Medical Centers, the exhibition documents the life and five-decades-long career of legendary singer-songwriter Willy Chirino. Visitors will explore his powerful personal story through a collection of awards, concert attire, photos, videos, and personal items that speak to Miami’s trajectory of growth leading to a diverse, world-class city.

“I am truly overwhelmed by the events that have been organized to celebrate my 50 years in the music industry, but none is more special to me than this exhibit at the HistoryMiami Museum, an institution that highlights Miami stories,” said the award-winning artist. “I always say that Cuba saw my birth, but Miami saw my growth. I am a proud Miamian and, as such, I could not be more honored to celebrate with my own.”

Chirino’s unique collection of memorabilia, assembled for the first time for this exhibition, includes: Chirino’s GRAMMY®, Latin GRAMMY® and Billboard® awards, the ensemble worn on his visit to Guantanamo Naval Base in 1994, his first guitar upon his arrival to the USA in 1961, a torn Cuban flag found on an empty raft that bore his name by the Coast Guard in the Florida Straits in the early 1990s, and personal letters from American presidents. These items and more will be on display at the 101 W. Flagler location in Miami.

The beloved Cuban-born artist came to the United States in 1961 as part of Operation Pedro Pan following the communist revolution in Cuba. He eventually composed and sang what would become an international anthem for Cubans inside and outside the island called “Nuestro día ya viene llegando” (“Our Day is Coming”).

“Willy’s personal story serves as a powerful reminder of resiliency following a difficult chapter in world history when more than14,000 children and teens became part of Miami’s exile community through the Pedro Pan exodus,” said CEO and Executive Director of HistoryMiami Museum, Natalia Crujeiras. “HistoryMiami Museum aims to tell his story well, respecting Chirino’s life, his love of entertaining and composing music, and Miami’s deep desire to celebrate a Miami-made music hero! His Miami Story is truly the story of the American Dream – one man who helped put Miami on the map with music that shaped this community’s sound and transcended generations of fans along the way.”

Chirino has recorded more than 35 albums attaining platinum and gold status, won the GRAMMY and Latin GRAMMY awards, composed hundreds of songs recorded by artists, including Celia Cruz, Gipsy Kings, and Oscar D’Leon, and was instrumental in the development of the 1970s Miami Sound, a unique fusion of Cuban music, blended with rock, jazz, Brazilian and Caribbean rhythms. His accomplishments include being recognized by UNICEF for his work with the Willy Chirino Foundation, receiving the Billboard® Humanitarian Award, and the U.S. Department of State Hispanic Heritage Award.

“Leon Medical Centers is honored to be sponsoring this well-deserved exhibit celebrating my friend Willy Chirino’s life and career,” said Benjamín León, Jr., Chairman and Founder of Leon Medical Centers. “As a fellow Cuban-American who has shared similar life journeys, I am proud of all he has achieved and the way he has represented our community. I am delighted that he not only is part of the Leon family professionally, but as a patient as well.”

Some items from the exhibition include: