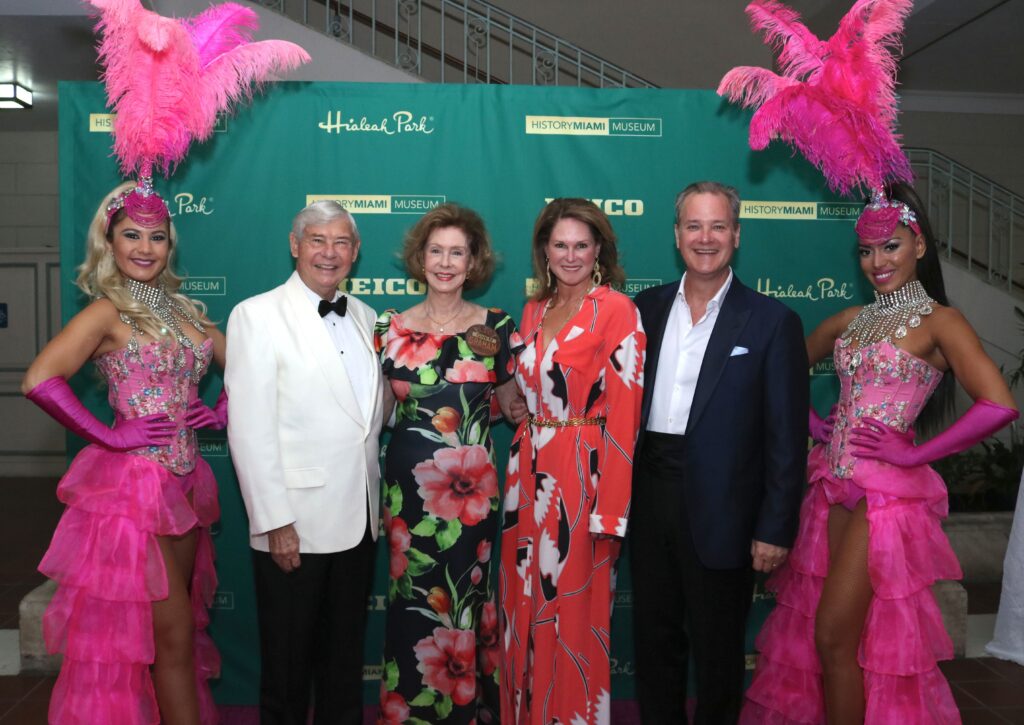 HistoryMiami Museum  will be swinging back to the 1920s with its inaugural Gatsby-themed Flamingo Ball at Hialeah Park on Saturday, January 14th, 2017.

The Flamingo Ball, named after the beautiful birds that inhabit Hialeah Park’s infield lake, was first held in 1965 on the eve of the Flamingo Stakes horse race at the racetrack. After a lapse of a few years, the lavish pink social confection is coming back and is paying tribute to when Hialeah Park first opened its doors in 1922 with a roaring twenties theme.

HistoryMiami Museum will honor Bob Dickinson, former CEO of Carnival Cruise Lines, and Brian Keeley, president and CEO of Baptist Health South Florida, with the Henry Flagler Award. The award is a tribute to Henry Flagler, a key historical figure in the state of Florida and founder of the Florida East Coast Railway.

Table sponsors at this black tie fundraiser will enjoy exclusive access to the Speakeasy Lounge offering a private pre-event reception, exclusive hors d’oeuvres and handcrafted cocktails before sitting down to a three-course dinner followed by dancing and live entertainment.