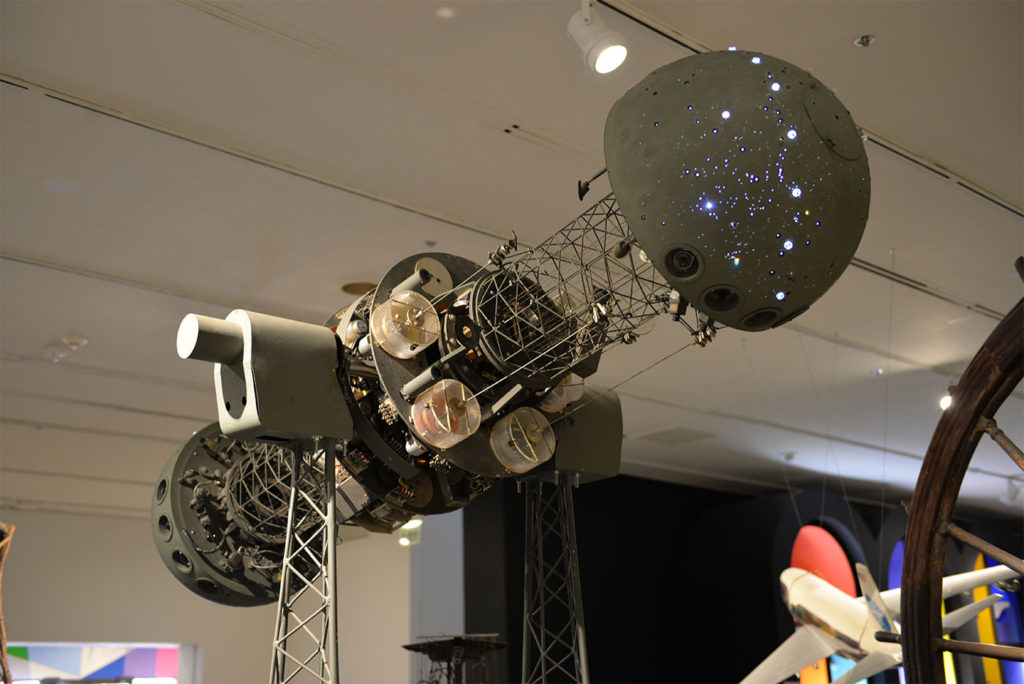 MIAMI (August 23, 2018) –HistoryMiami Museum, a Smithsonian Affiliate in Downtown Miami, announced today the revolutionary Spitz projector that brought the galaxy to Miami audiences for decades at the former Miami Science Museum is now on view at HistoryMiami.

The beloved giant Spitz Model B Space Transit Projector is one of only 12 made and consists of 5,600 holes, many so small they are invisible to the naked eye. Its sheer size, standing nearly 14 feet high, wowed Miami audiences for years before it was retired in 2015 when the Phillip and Patricia Frost Museum of Science shut its doors and moved to its new facility in Museum Park. Now it shines bright in Miami once again.

“This projector has a fascinating history here in South Florida. For six decades it allowed Miamians to immerse themselves in outer space. We are thrilled to preserve it and shine a new light on its history,” HistoryMiami Museum Executive Director Jorge Zamanillo said. “This is a true wonder of technology and a beloved artifact in the Miami community. We know it will continue to awe audiences for years to come.”

The projector, which cost the science museum $131,825 in 1963 (more than $1 million in today’s dollars), was the first of its kind to be computer-controlled. The projector rotated on three axes and was capable of projecting the stars from any point in the solar system—giving visitors a view of the night sky that they had previously never experienced.

“The Spitz projector at our former location in Coconut Grove was beloved by those that visited and we are honored this piece of history has found a new home in Miami,” said Frank Steslow, President & CEO at the Phillip and Patricia Frost Museum of Science. “We thank the team at HistoryMiami for their support and hope the projector will continue to inspire and motivate generations to come.”

Along with the projector, visitors will view posters from the shows presented at the Space Transit Planetarium during the 1960s and 1970s.

Regular museum admission: $10 for adults, $8 for seniors and students with ID, $5 for children 6-12, and free for museum members and children under 6.