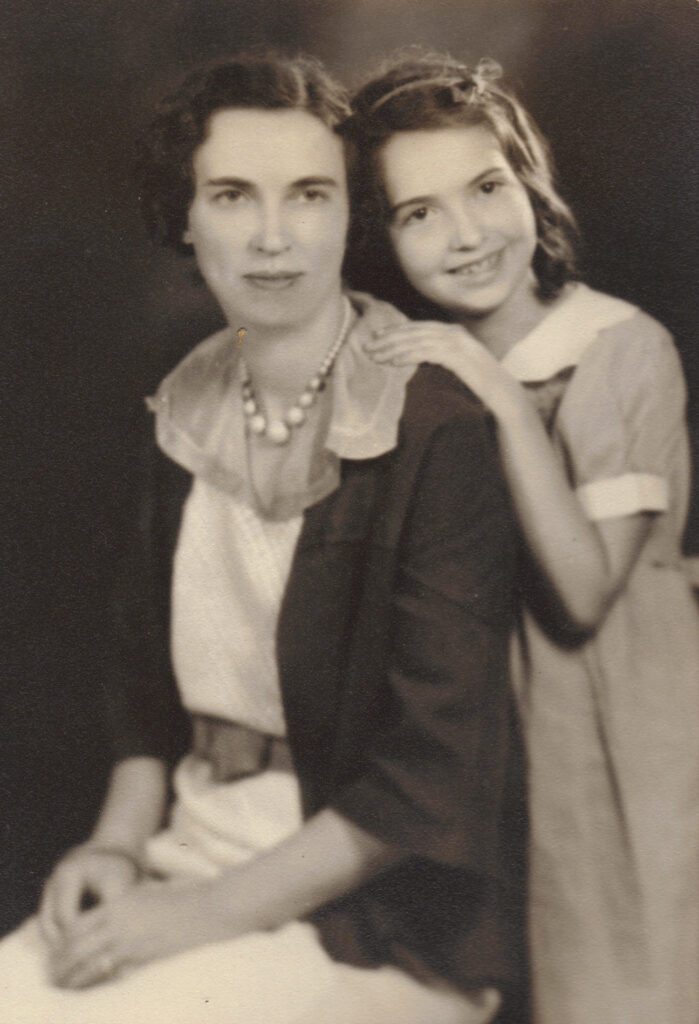 Imagine you are a 26-year-old girl who has just graduated from a teaching college in Minneapolis and arrived in Miami on Sept. 17, 1926, the day before an unexpected Category 4 hurricane!

That was my mother, Lyla Waterbury Haynes, who moved here to take a teaching position.

She was planning to live with her mother, Margaret Waterbury, and her grandmother, Eva Townsend, in their old Florida wood-frame house with a screened-in front porch. They were two early Miami pioneers who came down from Wisconsin to enjoy the balmy climate.

In those days there was little or no warning of impending hurricanes and most Miamians were taken by surprise. My mother tells about how frightening it was when it struck the morning of Sept. 18, 1926, and the small frame house was pounded by wind and rain. The old homestead was located on Northwest 24th Avenue in Allapattah and was only a stone’s throw from Comstock Elementary School, which is still located in the area.

As mother recalled, most Miamians had not been evacuated because the warning did not come until a few hours before the hurricane struck. And many residents did not fully understand the fact that the hurricane was not over when the eye passed over their houses. Some people the family knew had their clothes blown off when the other side of the storm struck. After they found shelter they later returned home in empty barrels they had found.

Toward the end of the storm the roof on the garage blew off and there were other damages to the house, but it held up pretty well, considering the power of the storm. In those days the houses were built for the best exposure to the breezes; there was no air conditioning in contrast to today, when loss of electricity is really an issue.

I remember how we suffered from the intense heat after Hurricane Andrew in August 1992 without air-conditioning. The old-timers did not miss what they had never had.

My great-grandmother tells the story of her concern when the iceman did not deliver ice for several weeks. In those days refrigeration was dependent on large blocks of ice. Finally she caught up with the iceman and asked him why he was not leaving ice. He replied, “When I would call, someone answered ‘No ice today,’ so I didn’t leave it.”

The mystery was solved when the pet parrot sung out the same phrase and everyone had a big laugh. Polly the parrot was a colorful Mexican Yellowhead and lived 75 years.

My mother started work in 1926 at one of the first kindergartens in Miami Beach. She directed a Christmas program with a cast of 1,000 elementary-age youngsters. That would be a tall order these days. The Christmas gala was held in Flamingo Park on the new municipal stage at Jefferson Avenue and 11th Street.

Years later, at age 86, my mom was still working with children and listening to them read at Coral Reef Elementary, where I was an administrator for 11 years. She also volunteered at Whispering Pines and was honored as Dade County “Senior Citizen of the Year” at a luncheon, where she was recognized for her service by Barbara Bush.

She returned to Minneapolis to marry young lawyer James Haynes, and I was born there. The depression was hard on my family, and mother and I returned to Florida when I was 4 while dad looked for work and mom taught school again.

I was allowed to be in her kindergarten class but never got special privileges because I was the teacher’s child. There were 80 children in my class, which would be unthinkable today.

I remember the biggest treat was going to a five-and-dime store on Flagler Street and sitting at the counter having a hot roast-beef sandwich with mashed potatoes. I also remember being taken to beach parties on the Atlantic Ocean in Miami Beach with mother and her friends. They would light a fire and we would roast hot dogs and marshmallows. One man had a pet baby alligator that he would always bring with him.

We lived in Chicago for many years, but frequently returned to Miami to visit my grandparents. When Dad retired they moved to Southwest 128 Street in Miami. I followed with my husband, Loren Henkel, and our two small children, Julie and Richard, in 1962. It was then I started teaching fifth grade at the old Perrine Elementary on South Dixie Highway.

The Cuban Missile Crisis hit home in October and we asked the students to bring canned goods in case there was a war. It was planned that the school might serve as a shelter. We could see train cars filled with army equipment passing by on the nearby tracks.

Everyone was nervous about the prospect of a nuclear war, especially with Miami’s proximity to Cuba. Later I experienced the integration movement when I was transferred from Howard Drive Elementary to Frank C. Martin in Richmond Heights.

It became a sixth-grade center and sixth-grade teachers from five feeder schools became part of this unique configuration.

My daughter, Julie Henkel, has followed the family tradition and teaches second grade at Gateway Elementary in Homestead. My son, Richard Henkel, instructs pilots at Dean International Flight School at Tamiami Airport. So you might say, the family history of educators goes from 1926 to the present day.