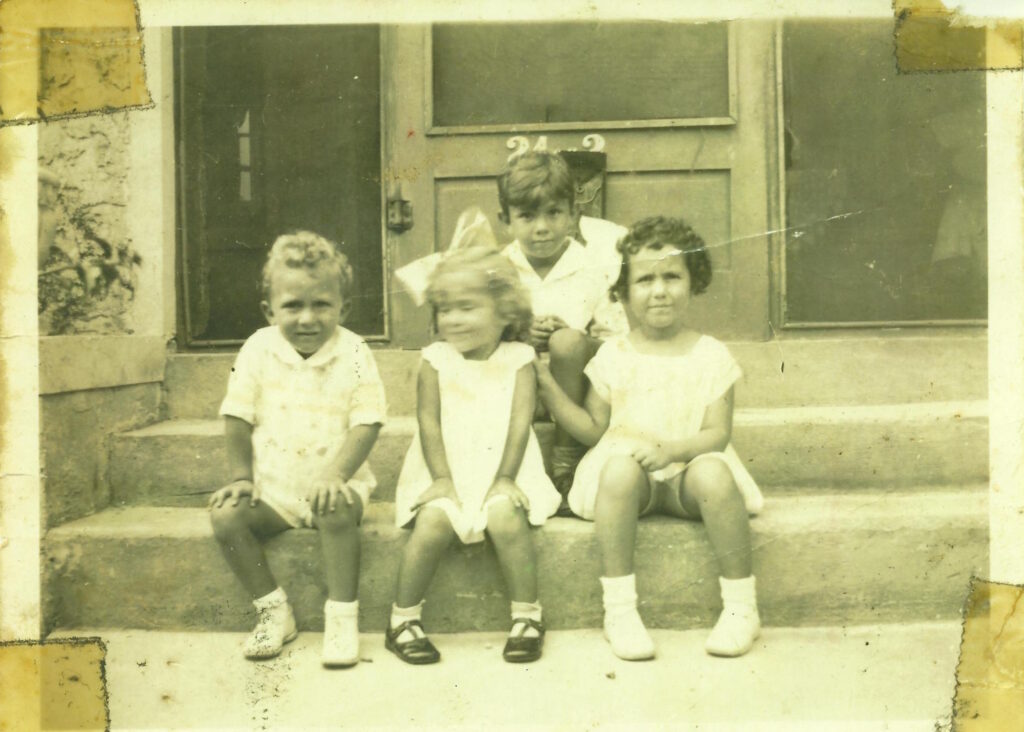 A native Miamian, Irwin Futerfas was born nine months before the great hurricane of 1926. He was raised in Coconut Grove on Hibiscus Street and attended Coconut Grove Elementary School and Silver Bluff Junior High. When the family moved to Shenandoah, Irwin attended Shenandoah Junior High.

Irwin’s family owned a dry goods store in Coconut Grove, around the location of Commodore Plaza and Grand Avenue. Other stores there at the time included Snowden’s Gas Station, a French bakery, and a grocery store. The family’s dry goods store welcomed many patrons, including Marjory Stoneman Douglas. They also welcomed guests to fraternize and keep warm near their pot belly stove heated in the winter.

Irwin fondly remembers riding his bike throughout the area and on the rugged, unpaved Indian trail now named Old Cutler Road. He and his buddies also made kayaks out of wood and other materials for boating in the bay. At that time, Pan American Airways flew seaplanes that arrived on the bay and those were another source of pleasure for Irwin and his young friends. Irwin and his fellow Boy Scouts helped in the highly publicized search for 5-year-old James “Skeegie” Cash, who was abducted on May 28, 1938, in Princeton, near Goulds.

Irwin wanted to aid our country during World War II and was enlisted in the Army during high school with the proviso that he graduate first. He was assigned to the Air Force and sent to Keesler Field in Biloxi, Mississippi, for basic training after graduating Miami High. After more training at Truax and Chanute fields in Wisconsin and Illinois, Irwin was assigned to assist in the development and utilization of advanced radar equipment at Eglin Field in North Florida. He helped to test and develop radar equipment while flying in B17 bombers.

After the war, Irwin earned his undergraduate degree at the University of Miami and then his law degree there in 1952. During this time, he clerked for the law offices of William Pallot and Sam Silver. Irwin married his wonderful wife Charlotte in 1956. They have loving children, grandchildren, and extended family and friends.

In his early career, Irwin worked as a prosecutor at the Dade state attorney’s office under Richard E. Gerstein. Later, Irwin was the assistant director of administration for Legal Services War on Poverty at the federal Office of Economic Opportunity. He partnered with Bruce Rogow, who was the assistant in the legal procedures department. Both served under Howard Dixon. This office helped poor people with significant legal problems secure representation. Irwin also had positions as a staff attorney with the Juvenile Court of Dade County and later as a general master of the 11th Judicial Circuit, where he heard family cases that were referred by judges. Irwin was the second general master in Dade County. He retired after 16 years with the county and continued to see clients at his own practice for a number of years after that.

Charlotte came to Miami after college at the University of New Hampshire. She got her bachelor of science degree with a major in political science and a minor in music, piano specifically. Charlotte was also a long-term dedicated county employee, working first as the assistant to the box office manager at the Dade County Auditorium and then as box office manager for over 15 years. Charlotte notes that she had studied Spanish in high school for several years. She was glad that she remembered some of her Spanish and was happy to practice it while helping her Spanish-speaking patrons!

Irwin and Charlotte have always extended their kindness and help to charity organizations as well as in the community. They served as leaders and participants in the Boy Scouts and Girl Scouts, the Elks, American Legion, Coconut Grove Masonic Lodge, Miami Old Timers Club, IATSE Ticket Sellers Union, Fairchild Tropical Botanic Gardens and the Bromeliad Society of South Florida. We thank Irwin and Charlotte for their time, concern, hard work, and dedication for our great county and country!