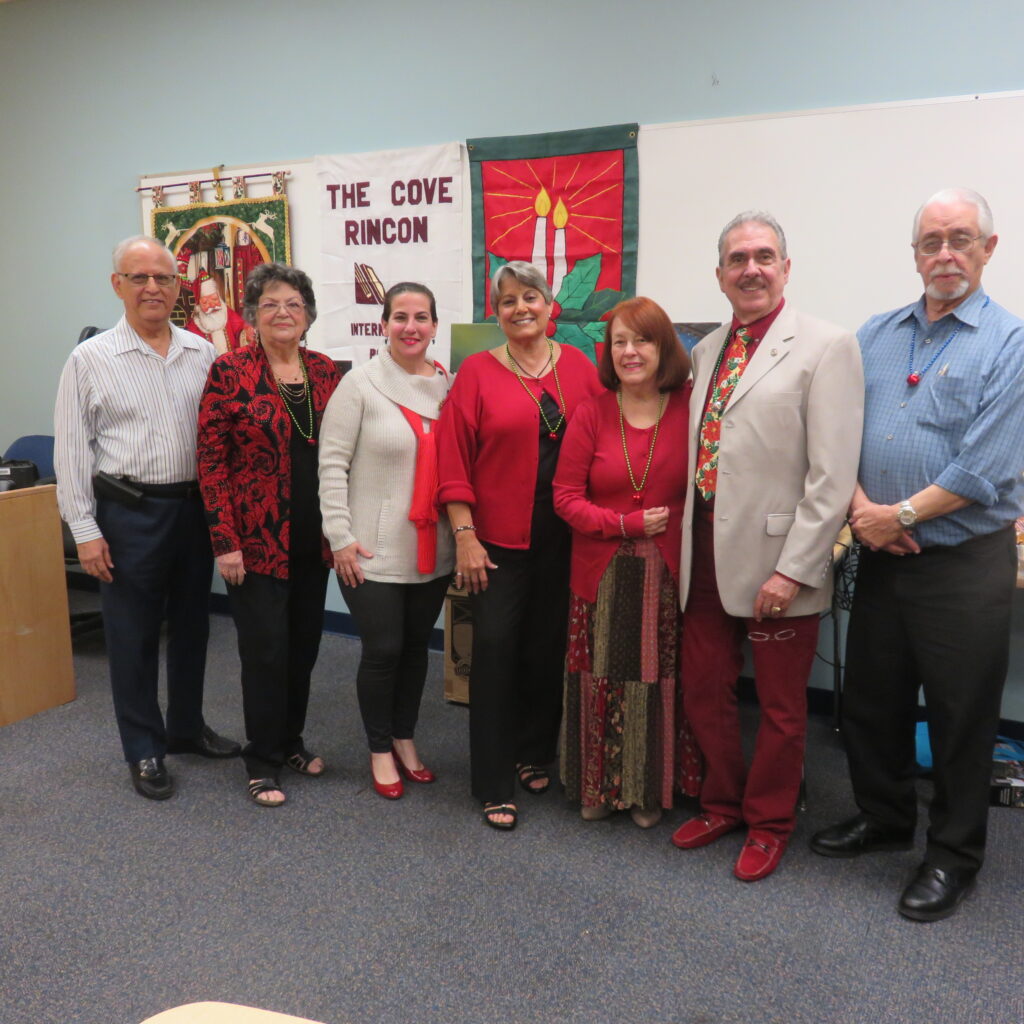 As a Cuban-American New Yorker, I have strong family and cultural ties to South Florida. Since childhood I spent summer vacations in the Magic City, soaking up Cuban culture as well as the glorious sunshine. Once I started working as a teacher for the New York public schools, I continued the tradition of enjoying July and August in the heart of El Exilio Histórico.

In 2015, I joined The Cove/Rincón International, a Miami-based non-profit. I never imagined that five years later, from two thousand miles away, the “Cove” would offer me a psychological lifeline, rescuing me from the brink of depression as the world learned about the novel coronavirus.

Sheltering-in-place in my New York City high-rise, I felt mounting anxiety and apprehension. At the age of 56, having retired from teaching in 2019, I had become my mother’s primary caregiver. As medical experts warned that the elderly with underlying conditions were most vulnerable to the “invisible enemy,” my world revolved around protecting her. My paralyzed metropolis, known for its theater, museums and nightlife, became the epicenter of the virus, and scenes of body bags piling up outside area hospitals were horrifying.

Then Miami resident Marily A. Reyes, founder and president of the Cove, seized an unprecedented opportunity to use her platform as “mother” of this cultural family to promote the mental health of her members. She initiated a project she named “Sharing the Arts During Quarantine.”

Knowing that human beings are driven by a need to forge social bonds, to face each day with a sense of purpose, and to support a cause greater than themselves, she called upon painters, writers, singers and creative souls of every stripe to tap into their talent and create, create, create!

Having studied psychology at Miami-Dade College, Marily was well aware of the therapeutic effects of the arts. Through chapters of the organization in the Americas and Europe, the Cove had an impressive range of talent to draw upon. The response to “la convocatoria” (the call) was overwhelming and international.

Art poured into Ms. Reyes’s email inbox at a breath-taking pace. She uploaded every submission to the organization’s official Facebook page, the Cove/Rincón Corp. I marveled as the page developed into a virtual museum and library. From paintings capturing the fluid movement of a flamenco dancer to the charming “Cofre de Recuerdos” (treasure chest of memories), by 12-year-old Natalie – the Cove’s youngest member – the page was a means of connecting human beings and providing entry into worlds of beauty while the world was in lockdown.

Before the project began, I felt detached from time, from seasons, and from others, consumed by daily briefings full of “models” of infections and grim warnings regarding I.C.U. capacity. In my paralyzed metropolis, I discovered worlds of beauty accessible through my computer. I found a reason to get up in the morning.

Each day brought fresh material to the Cove/Rincón Facebook page and I was eager to encourage others in their work, some of whom I had met in Miami at summer Cove events, but many whom I had come to know only through their art. I added “Greetings from the Big Apple” to members in Mexico, Argentina and Austria, and we started exchanging virtual hugs. I wrote my own poem in Spanish about my grandmother. Suddenly I realized that something new and unexpected had developed. The news was still dire, and I continued to heed the medical authorities, but I noticed that my state of mind had changed dramatically. Hope replaced despair, and I felt grounded in the collective power of human beings not only to produce art, but to nurture each other from afar. The sense of solidarity was palpable.

Indeed, Marily A. Reyes had created something more than a virtual museum or library: She created an artistic, nurturing community! I salute her humanitarian service and I celebrate the artists of the Cove/Rincón International.