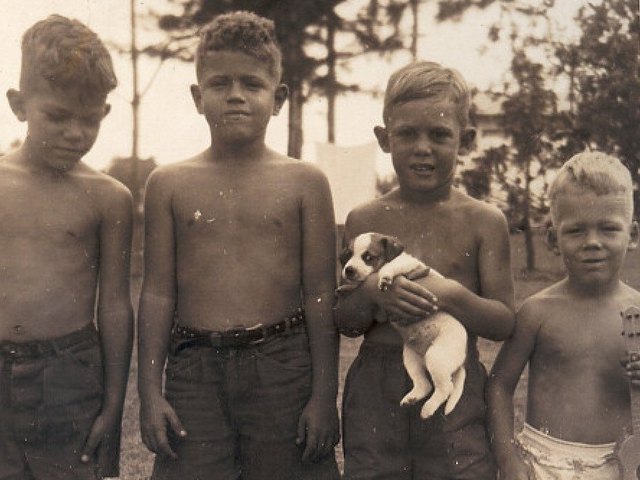 I was born 70 years ago at Jackson Memorial Hospital. My father had done his surgical training there in the late 1930s, following his mother’s move to Miami from Tennessee.

My great-grandparents came to Coral Gables in 1928, and my mother’s family wintered here and later took the grandparents’ home. My parents’ wedding reception on Nov. 18, 1941, was the last major event at the Biltmore Hotel before it became an Army hospital.

Dad was happy to find a house after WW II, since properties were scarce. It was located near Bird and Red roads, which had Allen’s Drug Store, Woolworths, and B Thrifty. Our street was next to the rock pit where we played with the dreaded BB guns. It is now the site of the YMCA. In 1950, we moved a few blocks east to Coral Gables.

Starting in 1947, I went to JMH with my father, and after ninth grade, Dad got me summer jobs at the hospital to see if I really wanted to be a doctor. The hospital was segregated, but I worked with and under African Americans, which was very enlightening for me.

In 1958, my first summer at JMH, my monthly salary as a pharmacy tech was $212. I worked eight summers with no salary increase. In 1970, I treated Cuban refugees from the Freedom Flights in the rooms of the old ER.

Dad was willing to pay 10 cents for the Venetian Causeway instead of using MacArthur Causeway to get to my aunt’s flower shop on 36th Street. While riding the flower shop truck in the 1950s, I marveled at the wonderful new hotels in Miami Beach. I remember Dixie Highway (U.S. 1), with its two lanes, and along the two lanes of Kendall Drive, there was only tall saw grass.

In 1950, my father’s commute improved when he moved to the 550 Building on Brickell. It was the first office building on “mansion road.”

Because of a shortage of schools, 50 children were in my Coral Gables Elementary first grade classroom and we had to share desks. I became very proficient at air-raid drills. I wasn’t allowed to go to the Venetian Pool because of the fear of polio, and I was among the first to get the Salk vaccine.

Every Saturday, for 25 cents, I spent most of the day at the Miracle Theater. When I was older, I never used the double seats at the Coral Theater, but was jealous of those who did. We took buses everywhere, including to downtown Miami.

Our family ate dinners at Red Coach Grill, Edith & Fritz, and Batista’s, later called Delmonico’s, at Ponce de Leon Blvd. and Douglas Road. For seafood, we usually ate at Loffler Brothers, and on big occasions at Chesapeake’s. I would eat four or five mini cheeseburgers at Royal Castle, and never worried about it. Shorty’s BBQ seemed a long trip from the Gables but worth the drive.

At Christmas time, we drove to see the house lights, especially on South Alhambra Circle. We also went to Burdines to see the train exhibit and to ride the Ferris wheel. Of course, one had to visit the outdoor display at Holsum Bakery.

The heat at school and home wasn’t much fun during the warm months. The large attic fan helped a little, but nothing like our first wall AC unit when I was 10. During summer school, I drenched my starched shirts at the UM “cardboard campus,” which had no air conditioning. That site became part of the “new” War Memorial Youth Center. Because Tahiti Beach cost 10 cents, we went to Matheson or Crandon parks, which had the zoo. In high school, we water skied by the mangroves near Key Biscayne Yacht Club and would leave our stuff on the beaches behind private homes.

Other thoughts about growing up here: At the Coliseum, I enjoyed seeing Golden Glove boxing matches and the Harlem Globetrotters, and later enjoyed bowling when it was converted. Initially, in the Gables, we could drive through the Douglas Entrance and along University Drive through UM to Ponce de Leon Junior High. The air raid siren sounded every Saturday at noon and the UM carillon played at 5 p.m. on Sundays.

As to the demographic changes in South Florida, a few years ago I started studying Spanish, which tells it all. Coral Gables and the rest of South Florida is certainly different from my youth, but I still love it and am thankful to be home.