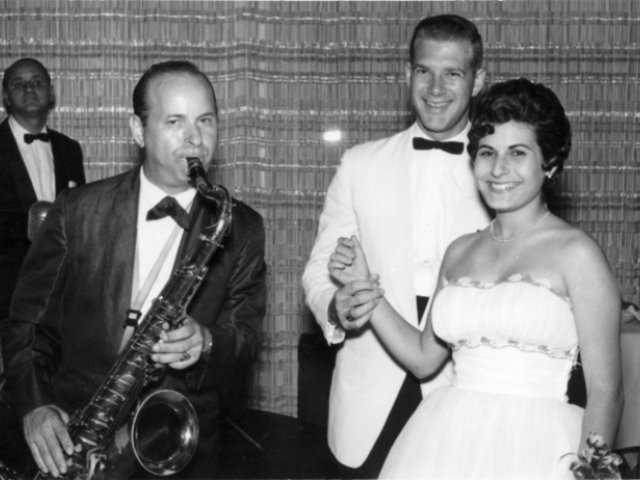 I was born in Atlanta in 1942, but my father was the band leader at the Biltmore Hotel.

He also worked during the day at the Veterans Hospital as a physical therapist. Because my brother, George, had asthma, the doctors thought a warmer climate would be better for him, so we moved to Miami in 1946.

It is hard to know where to begin describing all the changes I have seen over these past years. Sure, life seemed so much simpler then. No I-95, no expressways or turnpikes. And yet it took less time for us to get from Miami Beach to the Gables than it does now.

We used a rotary phone, which were eventually replaced with “princess” phones. We still had a party line where one long ring meant the call was for us and three short rings meant it was for the people who shared our phone line. Phone numbers started with letters: our phone number was HIGHLAND 84321.

When we finally got our first television set, I was around 10. It was a black-and-white picture and you only got three stations: Channels 4, 7 and 10. No remote control. Yes, you actually had to get out of your chair and walk to the TV to change to another channel. And the antennae were just rabbit ears on top of the TV, which constantly needed adjusting. But we felt like we were millionaires because we were one of the lucky ones who even had a television set.

When I learned how to type, it wasn’t on a computer. I learned on a manual typewriter with a ribbon. Heaven help you if you made a mistake typing on one of those. No cut and paste in those days. (I kept my 1946 typewriter all these years, but I gave it to a friend to fix it. Now this friend has disappeared, so if he reads this article, please return the typewriter, even if it is not fixed. It is a wonderful keepsake for my grandchildren.)

I grew up in the Gables and during the summer I would walk to the Coral Gables Youth Center, which used to be one block south of Miracle Mile on Le Jeune Road. My brother worked at the A&P food store, which used to be located across the street from the Publix on Le Jeune and Andalusia. (There aren’t any more A&P’s, are there?)

In the afternoon my brother delivered the afternoon newspaper, The Miami News. On Saturdays, we attended religious school and services at what started as the Coral Gables Jewish Center in the 300 block of Palermo Avenue with Rabbi Morris Skop. It later became Temple Judea, which years later moved to its current home at U.S.1 near Granada Boulevard.

After services, we packed a lunch and spent the day at one of the three movie theaters in the Gables – usually the Miracle Theater, but we also went to the Coral or the Gables Theater.

One thing I remember is the numerous delicatessens in Miami as I was growing up. You had The Stage Deli, Wolfies, Juniors, Rascal House, The Famous Deli, Rubendales, Gold Start and Corky’s to name a few. Each one served delicious and large corned beef sandwiches and kosher dill pickles. Where have they all gone?

Once a week my family would eat at the Coral Way Cafeteria, which later became the Biscayne Cafeteria on Miracle Mile. (I continued that tradition with my husband, three children and even with my grandchildren until the cafeteria finally closed.)

For special dinners (maybe once or twice a year), we ate at the Ember’s Restaurant on the beach or the Pub on Coral Way. Of course, you can’t forget the Studio Restaurant on 32nd Avenue off Coral Way. I can still taste the special garlic bread and onion soup. The Miami Springs Villas had a restaurant that served prime rib that was second to none.

When we were young and would go out on a date we had so many wonderful places to go. We would go in large groups like a swarm of bees. Red Diamond Inn on Le Jeune had to be one of our favorites; the pizza was the best. On Miracle Mile we would go to Jahn’s Ice Cream and get the “kitchen sink.”

How can I forget the hot glazed, Krispy Kreme doughnuts when the bakery was on Tamiami Trail? It is amazing how easy it was to eat a dozen hot donuts then.

A favorite any time of the day was Royal Castle. For those who never experienced Royal Castle, you really missed a treat. Small hamburgers, grilled with onions while you were there, served on a fresh roll with the best birch beer in an ice-cold mug.

As I noted, my father was a physical therapist, and he worked at the Veterans Hospital during the day. Back then, the hospital was located in the Biltmore Hotel.

At night my dad, Shep Barish, worked as a musician and band leader. He opened at most of the hotels on Miami Beach, including the Sorrento, the Algiers, The Fontainebleau, The Eden Roc and the Doral.

Back then all the big stars came to Miami Beach. I remember when he was telling me about a “newcomer” he had played for: Frank Sinatra. I got to watch from the control room on many occasions and my favorite was Vic Damone. I never knew where my dad was going to play each night.

I remember one particular evening, when I was up for Sweetheart of my boyfriend Steve Morris’ fraternity, AEPi. After I had gotten dressed in my formal, I wanted to show my dad how I looked. I still remember the proud look on his face. He was just leaving to go to whatever gig he was playing that evening.

When Steve and I arrived at the Eden Roc Hotel, they held the candidates for Sweetheart and their escorts in a back room until the music started to play and each couple was announced.

As they announced my name and I began to walk out with Steve, I received the surprise of my life. Unbeknown to either my dad or me, his band was the one playing that evening. I could not have been happier.

I did not become the sweetheart of AEPi but I did end up marrying my escort a few years later. Steve is an optometrist in South Miami and last summer was presented with the Lifetime Achievement Award from the Florida Optometric Association.

This June we will celebrate our 50th wedding anniversary. Yes, we have seen a lot of changes, but change is good, and we love Miami.