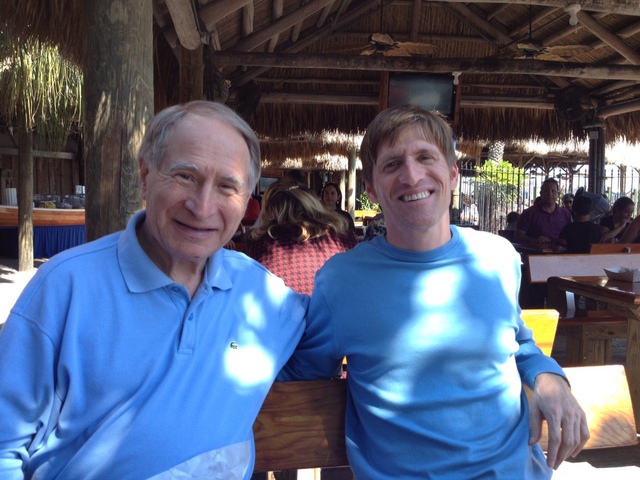 When people ask me if I love a person romantically, I kind of laugh. I laugh because I’m sort of having an affair. I love my Venezuelan wife, whom I met in Miami. But, truth be told, I am already in love with something else — the city of Miami.

My love has drawbacks. She’s quite vapid at times, moody, a big tease, spoiled, prone to unpredictable outbreaks and often doesn’t speak the same language. She also constantly finds ways to try my patience and push my most sensitive buttons. But like the girlfriend you try to break up with over and over and over again, just when you are ready to permanently push the “sayonara” button, she kisses you on the cheek.

I have lived in seven places during my lifetime. Miami is now tied with Hanover, New Hampshire, as the place I have resided in the longest. I can’t think of two diametrically opposite places to live. But somehow, as much as I loved my time in New Hampshire and everything it still represents, there is no way I could leave my current home.

As a Jew from New England who went to high school in the ’80s, I had two very different perspectives about this city. One was the perspective I got from visiting my relatives who, like many other northern Jews’ relatives here in South Florida, were old and a little too predictable. I therefore saw Miami, at least when I visited, as the world’s largest retirement home.

Then there were the images captured in the hit TV series Miami Vice. The opening theme song conveyed it all — Miami had rhythm, pink flamingos, fast cars, beautiful people, lots of drugs, was a fashion trendsetter, and everyone spoke in some type of slick code. Oh, and the party never ended.

As I got older, I started getting the feeling that the only thing better than watching Miami Vice on TV was seeing it in living color. As for all the retirees, well, I was hoping they wouldn’t be in front of me on the golf course.

I can pinpoint the moment I decided to move to Miami. Everything in life happens for a reason — at least that’s what I would like to think. I hated my public school teaching job in Nashville and couldn’t wait for a change in scenery. Then I was invited to Miami in February 1999 for a college friend’s wedding.

The wedding was awesome. There were beautiful women, great food, drinks and dancing until the early hours of the morning. Families had their kids up on the dance floor past midnight. I wasn’t “in Kansas anymore,” that’s for sure. But the wedding alone wasn’t enough to seduce me.

I remember driving home from the wedding about 4 a.m. with the convertible top down. The next day I went to the beach and played tennis at Flamingo Park. In February.

Prior to that weekend, Miami had always been a tourist town to me, as well as my idea of the good life. I was single, in the early stages of my teaching career, and a tennis and golf junkie. Why not be a full-time tourist in the place that matched my ideal lifestyle?

The choice was already made.

I have now lived in Miami for more than 14 years, and I am still figuring out what this place is all about. There is nowhere like it in the United States, and perhaps on Earth. Maybe that’s why I love it so much. Like that crazy but intoxicating lover, she is never the same person two days in a row.

There are memories from my time here that would have been absolutely impossible to match anywhere else. For the sake of avoiding a novel of “only in Miami” stories, I will mention only two.

I will never forget my first visit to the Orange Bowl. I wasn’t much of a Canes fan at the time, but my immediate reaction was, “Man, this place is the largest outdoor frat house I’ve ever been to.” This was just after parking right in the middle of someone’s well-cut lawn and getting some weird Miami-style sandwich from the same guy. As the game progressed, I realized two things: one, the fans were nuts about the Canes; and two, anyone rooting for the opposing team was in for some zealous retribution.

The second memory is the scene on Calle Ochoa few evenings before the Kerry-Bush election in 2004. Before I moved to Miami, I never really thought about the political dynamics here, and that was probably just as well. There was a John Kerry campaign headquarters right next to La Carreta on Eighth Street. Right across the street from it, however, was Versailles.

The scene was surreal. I don’t speak a lot of Spanish, and I couldn’t really understand what anyone was screaming. But whatever it was, it wasn’t a bunch of pleasantries. I have never seen such political fervor. Reality TV at its finest.