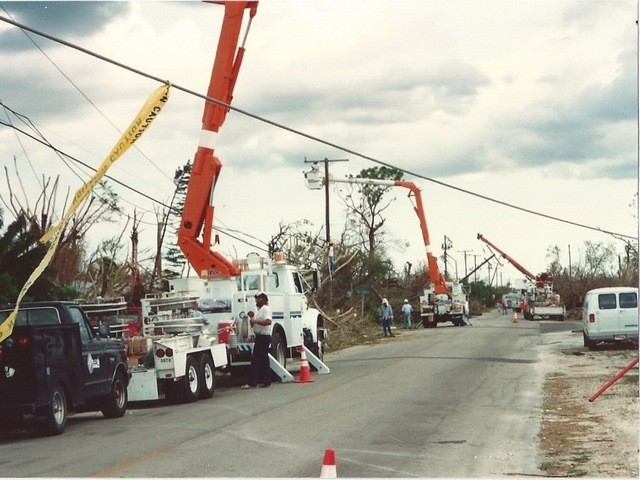 My parents sold their business in Washington, D.C. in 1951 and we came to Miami Beach for vacation. After a few weeks, they informed me they were not going back and this would be our new home.

My dad bought a dry-cleaning/tailor shop on 15th Street off Washington Avenue, one block from a dreary street named Española Way, which is now a busy center of activity. I enrolled in the University of Miami where the tuition was $500 a year.

I got to UM by riding three buses: Miami Beach to downtown Miami behind Burdines; then Miami bus to the old Gables bus terminal; and finally Gables terminal to the university. Many classes were held on the old campus in a drab building with wooden floors and others were on the main campus, held in former army barracks called the “shacks.”

Attendance at UM football games at the Orange Bowl was a popular weekend event, as were shows at the Ring Theatre. I still have the programs from shows during my days there, including the one where Jerry Herman played a nymph. Fraternities had a yearly show competition but after Jerry Herman’s frat won so many times, they combined and presented a big show in Dade County Auditorium, written byHerman.

I had a part-time job at Lee’s Health Bar, located on Collins Avenue, next door to Wolfie’s. It was known for exotic fruit drinks and ice cream creations.

Social life was good because we were so close to the beach. Everyone met at the 15th Street beach on weekends and also at dances at Temple Emanu-El.

Hoffman’s Cafeteria on Collins Avenue was a meeting place for the senior citizens. My parents became involved in the community and joined a Jewish center, which had a building on Fifth Street. My dad became an “actor” there and participated in many shows. He also joined a group of musicians and singers who met on the grassy area in front of the beach.

We bought a house and moved to the Shenandoah area in the city of Miami. The memories of that location bring to mind Studio M, a small theater; the Miracle Theatre in Coral Gables; J. Baldi’s Hair Salon, where we waited for appointments; shopping on Miracle Mile and eating at Cookies. Tyler’s in Miami Springs had the best cream pies and special occasions were celebrated at King Arthur’s Court, also in Miami Springs, or The Country Store in Coconut Grove. We shopped downtown at Burdines with a lunch treat at their tea room.

After graduating from the university, I got a job teaching in Coconut Grove Elementary, where the principal was Oliver Hoover. The Grove was a small, quaint area with the bank and drugstore across from the school. Midway through the year, my students and I were moved to a newly built school off Red Road and we voted to name it after a Miami pioneer, David Fairchild, and our principal was Rod Nowakowski.

I got married in 1956 and took a year off from teaching to get my master’s degree at the university. I worked in the Merrick Building tower, setting up a curriculum library for School of Education students. We rented an apartment and lived a block from the Coliseum in Coral Gables which, over the years, became an ice skating rink, a bowling alley, and now the site of an apartment complex and Publix supermarket.

My husband, an architect, worked on many of the Miami Beach hotels, and his office was on Lincoln Road. We attended openings at the Algiers, Carillon, the Deauville, DiLido and others.

In 1960, we moved to North Miami where my three children grew up. Special treats for them were appearing on the children’s TV shows, Skipper Chuck and Banjo Billy. Many birthday parties were held at Crandon Park, with the train ride and a visit to the zoo. When they got older, they learned to drive in the big empty parking lot at Levitz furniture store. My children, now in their 40s and 50s, were all born in Miami. They live in Boston, North Carolina and California.

Our next move was to East Kendall, now called Pinecrest. Miami has always been a great place to live, except on Aug. 24, 1992, when Hurricane Andrew came to visit.

We had been through a number of minor storms but this was “the big one.” Homes all around us were destroyed, schools were closed, and there was no water (we had a well, but no electricity to make the pump work so we bathed outdoors with the neighbor’s garden hose).

The Miami Herald ran notices with missing persons’ names, places to bring pets, a department store listing the zip codes of the residences that could hold off paying bills without accruing interest, and banks that were open, even on Saturday and Sunday. There were special places you could cash checks, and big businesses asked employees to call and say they were OK and were offering food, lodging and help. All traffic lights were out and citizens stood at busy intersections directing traffic. The biggest shock was driving five miles north of my home and everything was normal with no sign of how the people in the southern end of town were suffering.

After 35 years of teaching, I retired in 1996. My next venture was as a docent at the Lowe Art Museum and I also joined IRP (Institute for Retired People) to explore new classes.

IRP has evolved into the Osher Lifelong Learning Institute, under the auspices of the University of Miami School of Continuing Education. Hundreds of seniors attend wonderful classes that are devoted to keeping us young, smart and having fun.