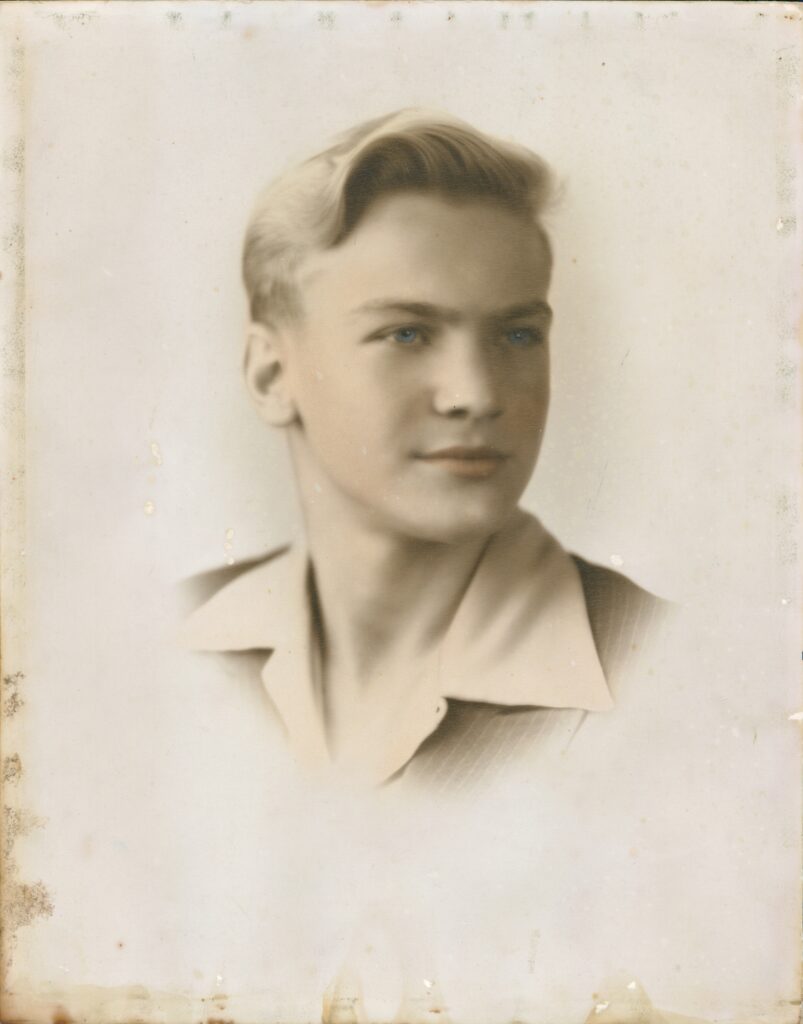 Charmed and excited by the October sunshine, the brightness of the buildings, the freshness of the breeze, his first sight of the ocean and Biscayne Bay and the freedom and mobility of his new bicycle, the boy cautiously ventured south from his new home at Northeast 43 Street toward the city, a little farther each day, finally reaching the corner of Flagler Street and North 2nd Avenue where his excitement peaked at the sight of the magnificent A.I. Dupont Building. These wonders were almost too much for a country boy.

Too soon the war began to change this scene: burning ships on the ocean horizon, marching soldiers on the streets of Miami Beach, sailors, soldiers and airmen all over Flagler Street.  The area north of the Prince Valdemar, a super yacht beached by the 1926 hurricane and later converted to an aquarium, was occupied by other, more benign navy facilities where my high school lady of the time served clerical duty. Other buildings in the area such as Sears & Roebuck, the Jewel Box night club, Betty’s Lobo Lounge and the Club Bali were not affected until after the war.

Further south, the venerable Bayfront Park provided the favorite Sunday afternoon stroll which nearly always ended with a visit to the “tour boat” and sport fishing boat docks where the day’s catch was on display and sometimes sold to penny-wise ladies anxiously clutching their purses. A short stroll west past Caesar LaMonaca’s bandshell brought one to Biscayne Boulevard which was the route for the famous Orange Bowl Parade; twelve blocks farther west stood the Orange Bowl stadium itself which provided Friday night football entertainment furnished by any two of the county’s six high school teams. The most popular of these was the annual Thanksgiving Day rivalry between the Miami High Stingarees and the Edison Red Raiders. I saw many of these games from my seat in the trumpet section.

We cannot leave downtown Miami without taking in a Saturday night movie at one of the many theaters; the Olympia, the Paramount, the Miami, The Capitol, the Royal and the Embassy, all of which have been made redundant by neighborhood cinemas. The movie was almost always followed by a window shopping tour of Flagler Street where wonders such as the bejeweled, carved onyx elephant in the Duval Jewelry window were transfixing. All of this with a Dairy Queen cone in hand. Had this been a weekday we might even have dropped in to the large, marble, bay-view blocking library in the park at the foot of Flagler Street. An evening drive across the MacArthur causeway brought a display of the Miami skyline which was dominated by the Everglades Hotel and the News Tower. This tower was the home of the Miami News, long ago absorbed by the Miami Herald and, in the wake of the Castro revolution, was to become the center for aid to Cuban refugees. This fact alone is the reason this building still graces our skyline rather than joining the Everglades and McAllister hotels in photographs of Miami building past.

In spite of some grumbling to the contrary, it is generally agreed that Miami has benefitted from this influx of bright, energetic and ambitious people. Some professionals, such as doctors, suffered long delays in re-establishing themselves in their professions because of the lengthy licensing process. Now, 50 years later, one is amazed at the prominence of Cuban expatriates in all the professions. This must be counted as a major plus for South Florida as a whole.

My first awareness of the UM School of Medicine came in 1950, when my then-wife, a UM graduate, and I innocently crashed the inaugural party at the Coral Gables Country Club. Our table mates were cordial and unquestioning. It was a very nice party and portended much in my future life for, as it turned out, the beautiful young lady whom I married in 1961, entered the UM Medical School in 1962, graduating in the class of 1966. From relatively modest beginnings, the school has grown to become an important institution in many fields such as ophthalmology, oncology, spinal cord injuries and care for premature infants. The county is fortunate to claim such an outstanding institution.

The University of Miami as a whole has attained a worldwide standing since its reemergence on its present campus in 1947. I say reemergence because many of us remember attending classes in what was then known as the “cardboard college.” This hiatus in the university’s fortunes was brought about with the crash of 1926 when most of the university’s assets, which consisted mostly of pledges, went away with such promises. The post-war surge brought on by the returning veterans and the GI Bill gave UM and most other schools in the US the boost they needed.

In 1947, construction was begun on the Rickenbacker Causeway to connect Virginia Key and Key Biscayne to the mainland. This addition to South Florida continues to be the most important in the history of the area in spite of its inauspicious beginning of being populated with “starter” houses by the Mackle Company. Young professionals with vision eagerly snapped them up at $13,000, later increasing in value tenfold as multi-million dollar mansions appeared on the island.

The Cuban Missile Crisis of the early sixties was the closest that the Cold War came to directly affecting Miami. The very real danger of the affair has only become apparent with modern, post-Cold War revelations and it is just as well. I think we might have been frightened to near panic had we been aware at the time. Remnants of the temporary short range missile installations are still visible along some roads in very South Florida and the upper keys. South Florida has been a focal point for military installations since the Spanish-American War of the late 1890s. I hope we have seen the last.

Many who read this will say, “What about such and such? He didn’t mention so and so.” It was never my intention to touch all bases, only those which lay in my personal memory. Someone else can write their own memories.

This ends my South Florida saga for now. Perhaps I will be encouraged to bring it up to date someday, but most of the continuing story will already be lived and remembered by the current generation of new, native Miamians and immigrants. In the meantime, this country boy is 86 years old and regrets that he will not be around to record the future stories of casino gambling, the expanding importance of the Port of Miami, the ascendancy of Miami as an important center for research in medicine and plant biology and the burgeoning center for trade with Cuba when the nation is finally opened. What a plethora of current memories and memories yet to come! I wish I were 40 years younger.