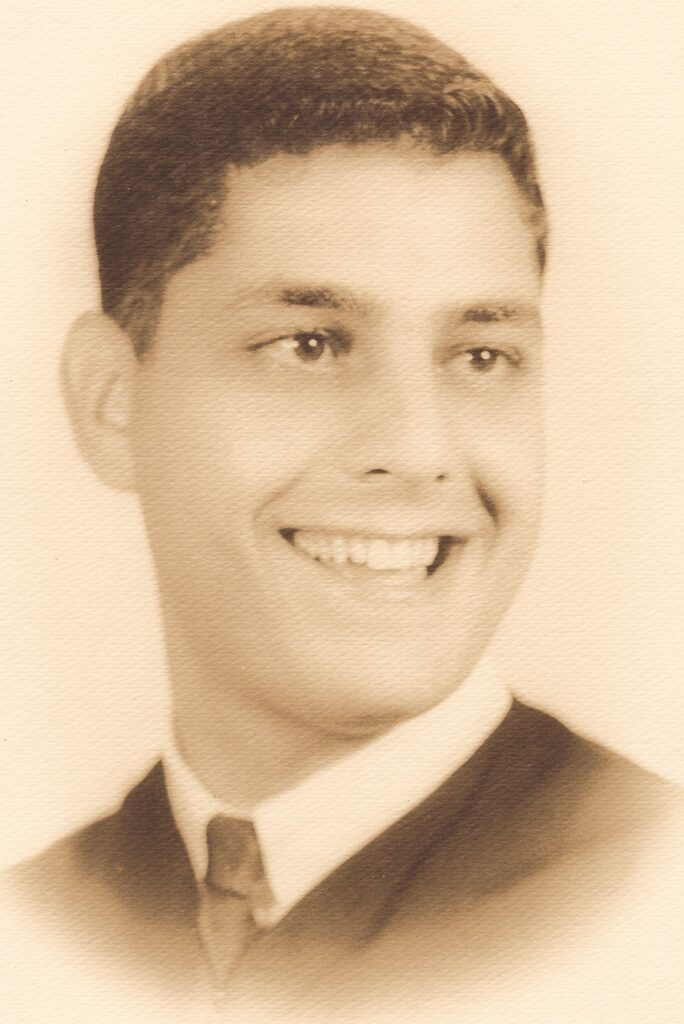 My Miami memories are not only vivid in my mind, but they are also dear to my heart.

My family and I moved from Orlando to Coral Gables in 1949. My dad, Rabbi Morris A. Skop, was the first rabbi in the young Jewish community of Coral Gables. Our first home was an old, scorpion-infested abode on Minorca Avenue near Le Jeune Road.

Because of my dad’s religious convictions, my brother, Eli, my sister, Shirah, and I were forced to attend a private Jewish academy in South Beach. During my fifth and sixth grades, I attended Coral Gables Elementary. I loved assimilating with my new non-Jewish friends and became quite popular.

My dad’s first congregation was called the Coral Gables Jewish Center and was on Palermo Avenue. Unfortunately, anti-Semitism was rampant at the time, and we constantly received phone calls imploring us to “Go back to the beach, Jew.” On one memorable Sunday while my friend Arnold and I were riding our bikes, we discovered a misfired stick of dynamite on the temple’s front lawn.

On Saturdays, our mom would pack us a lunch and we would spend the day at the Miracle Theater watching movies. My dad, who was a big humanitarian, assumed the position as a chaplain at the then-Pratt Veterans Hospital, which later became known as the Biltmore Hospital. He was also a chaplain at Homestead Air Force Base. We finally moved into a lovely home on Riviera Drive near Coral Gables High School.

We would swim at the Venetian Pool, Crandon Park, Matheson Hammock and Tahiti Beach. Our mini vacations included stays at The Americana, The Roney Plaza and The Fontainebleau.

I recently had the pleasure of visiting a dear friend, Jimmy Pontera, who lives next door to O.J. Simpson and who helped my brother and me reminisce and rekindle our past.

Those were the days, my friend.