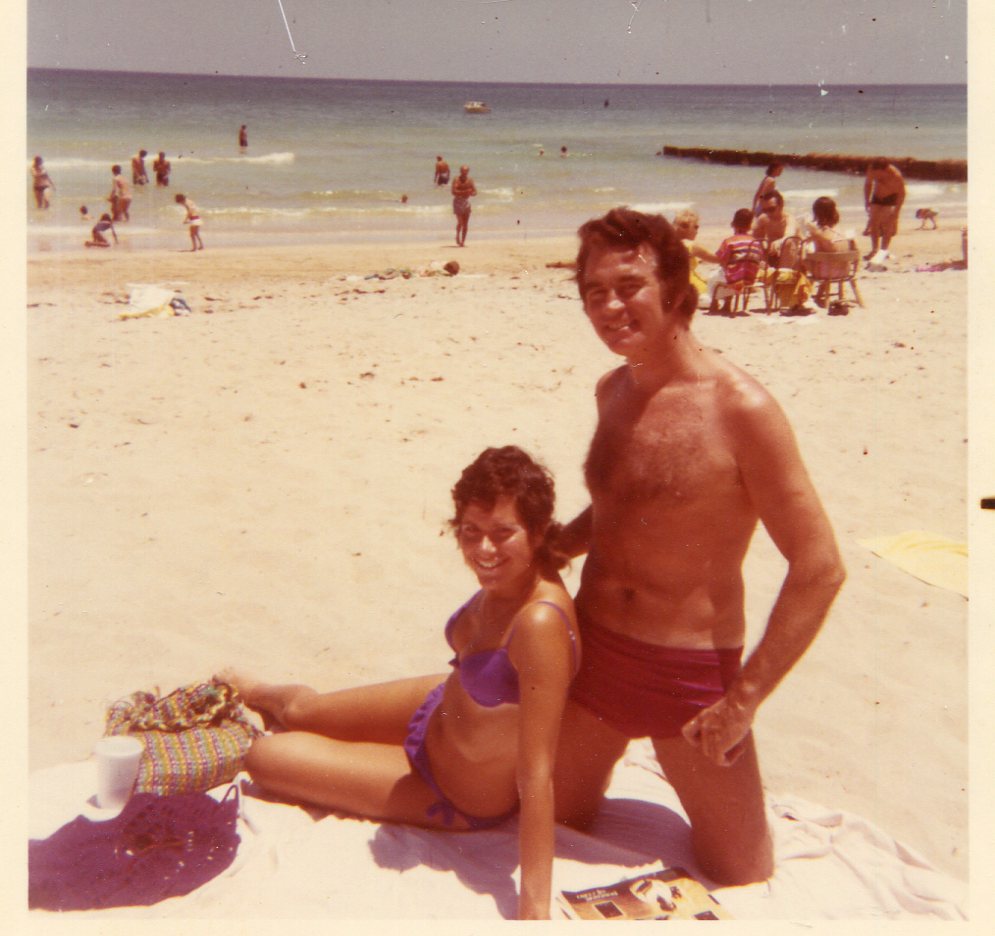 My great uncle Matthew Freeman, of London, England, was a passenger on the Lusitania, a ship that was torpedoed by the Germans in 1915 and sank in 18 minutes. He was quite the hero, saving several lives. He survived the attack, and in the early 1950s he came to live in Miami Beach.

My mother and I arrived in Miami Beach from London on Oct. 15, 1964. We checked into the Saxony Hotel, which was owned by George Sax, a friend of my great uncle Lou, Matt’s brother. There was a nightclub at the top of it called The Ivory Tower, and we had plans to go there that very night. We needed to get our hair done, or combed out, as they said in those days. It was quite late in the afternoon, and Mother was convinced that all of the beauty salons would be closed. However, after trudging down Washington Avenue, we found Mr. Carmen. He teased our hair to a suitable height, and off we went for our night in the Ivory Tower.

I thought Miami was the most exciting place I had ever been. We stayed at the Saxony for three weeks before renting a little efficiency apartment at 235 30th St., just off Collins Avenue. Lincoln Road was nearby and little trolleys would take you up and down the street. You could ask the driver to stop whenever you saw something in a store window that took your fancy; there was no other traffic on Lincoln Road. Jackie Gleason did his weekly television show from Miami Beach.

There were huge yachts lined up all along Collins Avenue opposite luxury hotels – The Fontainebleau, the Eden Roc and the Doral. On top of the Doral was the Starlight Roof, so named for a thousand twinkling lights on the ceiling. It was one of the few places that gentlemen were required to wear a jacket and tie.

In those days, there was very little crime, and on balmy winter nights, women could be seen strolling along Collins Avenue wearing minks and diamonds. I would go farther north to the Castaways and Thunderbird, where all kinds of entertainment would go on until the wee hours of the morning. Sometimes I would dance the night away at Funky Broadway in Sunny Isles. I would go to the 79th Street Causeway, where there was a hub of nightlife: The Place For Steak, The Penthouse Club on Harbor Island, and Jillys, to name a few. Also to Fun Fair, to eat the best hot dogs in the world and play the nickel skee ball. For a café con leche and arroz blanco con frijoles negros, we would take a Sunday trip to Southwest Eighth Street. There were hippie “love-ins” in Greynolds Park in North Miami.

Reluctantly, I returned to England after six months, but Miami remained in my heart and I knew it was my destiny. I was 21 when I returned to live here permanently. I met my beloved late husband Guy Aylward, who was a newscaster for WCIX Channel 6 TV, which was housed in a round building at 1111 Brickell Ave. I had met him when we were both cast in a play at the Ruth Foreman playhouse in North Miami.

Our son was born in 1978 at Mercy Hospital. We were living in Pinecrest at the time and had mango trees, grapefruit trees and star fruit on our property. It was an idyllic existence and seemed as if we were living in the heart of the country when, in fact, bustling South Dixie highway was only a short walk away.

Having a child opened up a whole new Miami world – the quaint Crandon Park Zoo on Key Biscayne, the Seaquarium and the original Parrot Jungle. There was the unique Serpentarium and the mysterious Coral Castle. All of these were a veritable wonderland for a child.

Eventually, we opened foreign and independent movie theaters in Coral Gables. Among them were Cinematheque, which had airplane seats obtained from Eastern Airlines when we first opened, and also the Arcadia and the Grove Harbour in Coconut Grove. Nat Chediak, who had met my husband at Channel 6, was my husband’s partner.

Guy filmed the first commercials for Carnival when the company only had two ships, the Mardis Gras and the Carnivale. My husband was a man of many talents both in front and behind the camera. A new television series called The Magic City has just been filmed here, created by Miami son Mitch Glazer. It recaptures the era of the late ’50s and early ’60s. I look forward to seeing it. I’m sure I’ll recognize some of the characters whose names have been changed to protect the innocent!

Miami has gone through so many changes.

Life is ever-changing, but in Miami the magic always prevails. My roots are here, planted firmly in the ground, just as strong as the roots of the old majestic Banyan trees.