Ezequiel Torres served as our artist-in-residence from January through March 2012. Born in Havana, Cuba, he is a master drummer who specializes in the batá drum, a key instrument in the Afro-Cuban Orisha religion (sometimes referred to as Santería). In addition to performing at ceremonies, Ezequiel also makes batá drums and other instruments by hand. Recognized for his expertise, he received the 2008 Florida Folk Heritage Award and the 2010 National Heritage Fellowship. Ezequiel has lived in Miami since 1980.

Ezequiel Torres of Miami makes batá drums whose voices speak with the orishas, deities of the Afro-Cuban Orisha or Santería religion. At weekend ceremonies in the homes of Orisha practitioners, Torres and other musicians play traditional rhythms on these drums that invite the orishas to appear and assure the well-being of their followers. Batá drums themselves are believed to be owned by Shangó, the powerful orisha of thunder and justice.

Torres was born in Havana in 1955 to a musical family. At the age of 16 he apprenticed himself to a few of the city’s master batá drum makers and players. Soon he developed the skills necessary to perform at ceremonies and, over a period of years, experimented with making drums on his own. In 1980 Torres left Cuba for Miami and established himself as one of the top batá drummers in the United States. In addition to playing regularly in the Miami area, he receives calls from such cities as Houston, Chicago and Los Angeles. Meanwhile, he has perfected his drum making techniques and currently produces instruments that are considered to be of the highest quality available.

The backyard of Torres’s home serves as his workshop. Here he dries almond and mahogany logs in the sun, soaks animal skins in a plastic baby pool, and maintains a wood lathe at which he often works under a lantern during Miami’s cooler evenings. Batá drums are made in three sizes: the large iyá (mother drum), the mid-sized itótele and the smaller okónkolo. For each of these instruments, there are precise measurements that have been passed down by oral tradition. After beginning to shape a log with an adz, Torres moves it to his lathe, where he carves it to the proper hourglass dimensions. He notes that his drums look like women and that he falls in love with them as he works. Once a drum has assumed the proper shape, he hollows it out with chisels and a hammer. After pieces of cowhide or other skins have been prepared, they are mounted with loops of rattan on each end of the drum. Leather or rope lacing is then attached to the two skins and tightened.

Before new drums can be used at important ceremonies, they must be consecrated. During this ritual, priests invest them with a spiritual force and give them a name and a voice. Consecrated drums may only be played by members of a special spiritual fraternity.

Torres also makes shekerés, different sized gourd rattles that are covered with nets of beads or seeds. These instruments are played in conjunction with a conga drum and a guataca (a hoe blade or cow bell) at ceremonies with less rigorous ritual requirements. Torres’s shekerés typically have colored beads which symbolize specific orishas, such as red and white for Shangó, and yellow for Oshun, the flirtatious river goddess. 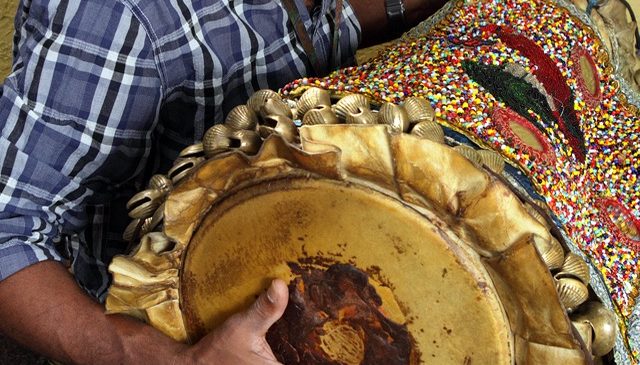 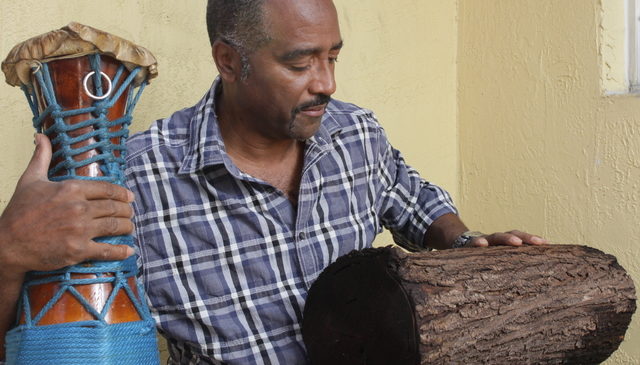 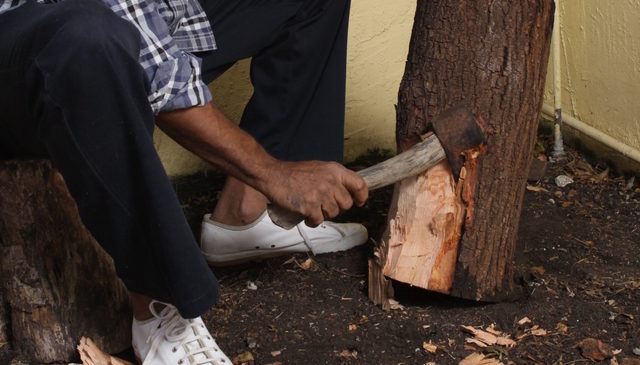 The start of making a drum 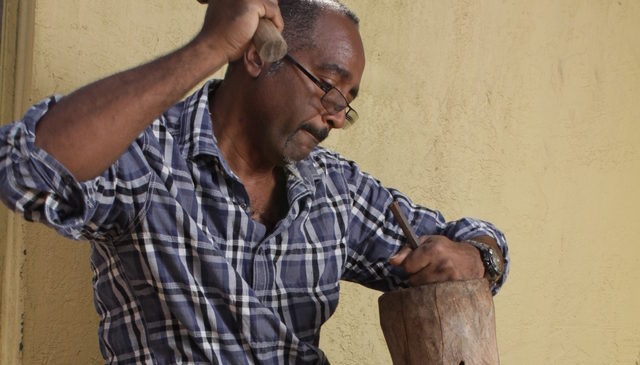 Hollowing out a drum 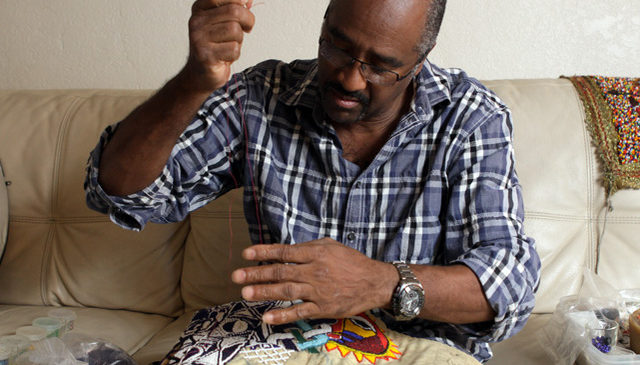 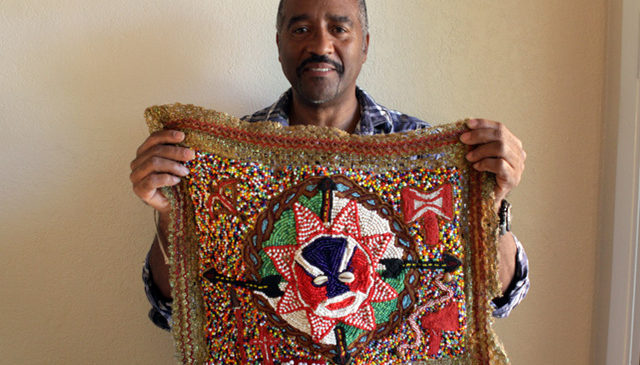 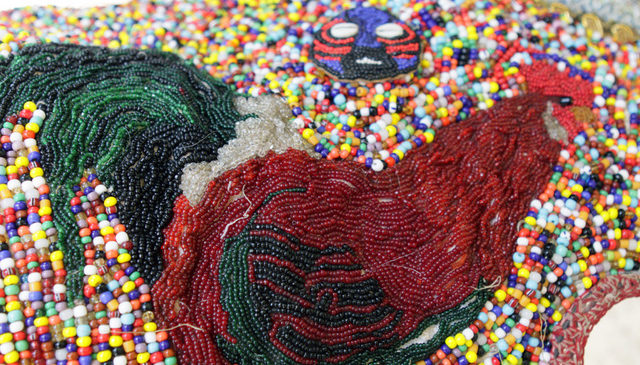 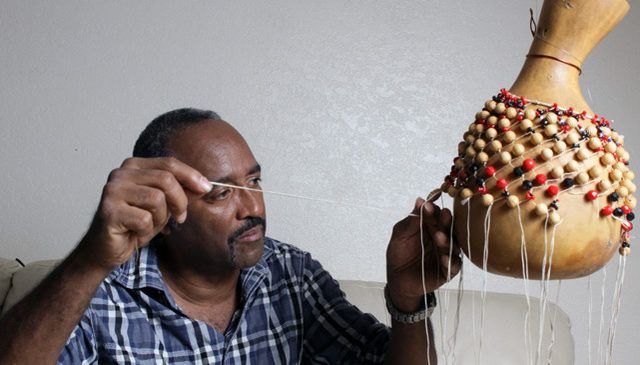 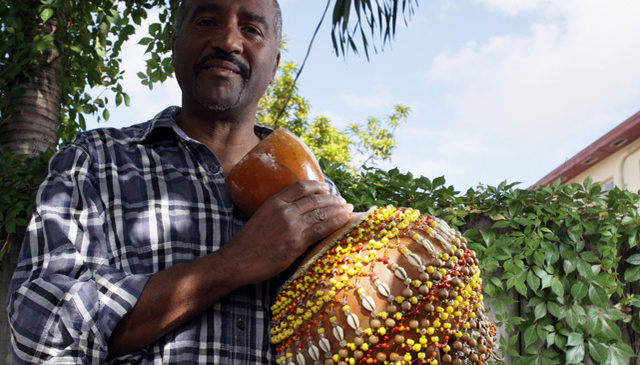