James Kelly, one of Ireland’s most renowned fiddlers, served as the artist-in-residence at HistoryMiami from April – June 2012. He learned the fiddling tradition from his father, a respected musician from County Clare. James has since toured three continents and, in 2006, was named “Irish Musician of the Year” by Ireland’s Irish-language television station, TG4. James has also been a recipient of the Florida Folk Heritage Award (2001) and the Florida Individual Artist Fellowship. He moved to Miami from Dublin in 1984.

The following text can be found on the official website of Irish Fiddler James Kelly:

James Kelly, a native of Ireland, is one of the greatest Irish traditional fiddlers alive today. He learned his music from his father John Kelly, the renowned fiddle and concertina player from County Clare. After years of careful study and practice, James began his recording and touring career at age sixteen. That year he won first place in the prestigious “Fiddler of the Year” competition and recorded his first album, a duet with his brother John. Since that time, James has toured Europe, the US, Canada and South America, and was a member of several influential Irish groups, including “Patrick Street” and the legendary folk group “Planxty.” He was a presenter of the “Pure Drop” series for Irish TV and has appeared several times with the Grammy award-winning Irish group, “The Chieftains.” In the US, James has performed several times on Garrison Keillor’s national radio show, “A Prairie Home Companion.” In recent years he received the prestigious “Florida Folk Heritage Award” as well as the “Florida Individual Artist Fellowship in Folk Arts Award.” James was the TG4 Irish traditional musician of the year in 2006, having been awarded the “Gradam Ceoil TG4 Irish Musician of the Year” award in recognition of his outstanding musicianship and contributions to Irish music (TG4 is Ireland’s Irish-language TV station). He has 18 albums to his credit; his most recent release is “Melodic Journeys.” He is currently working on a teaching DVD for fiddle students, as well as compiling his over 800 compositions for publication. He continues to tour with some of Irish music’s leading accompanists.

“James is one of the most outstanding Irish musicians of this or any generation.” –Dr. Mick Moloney, Musician and Folklorist, New York University 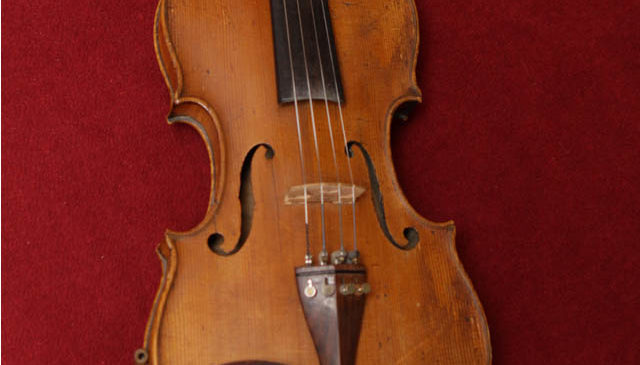 James Kelly’s fiddle was made in Alsace-Lorraine in 1812. James’ father purchased the fiddle in Dublin in 1960. 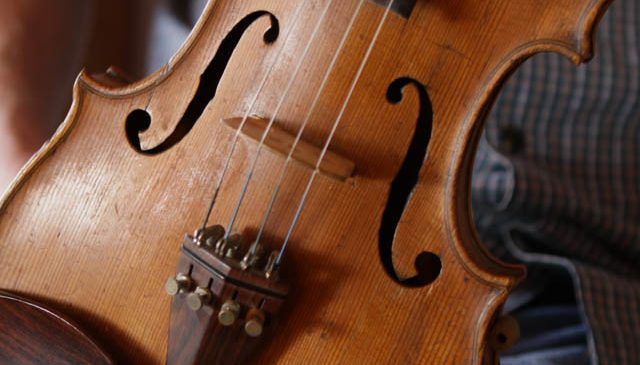 The waist and bridge of Kelly’s fiddle 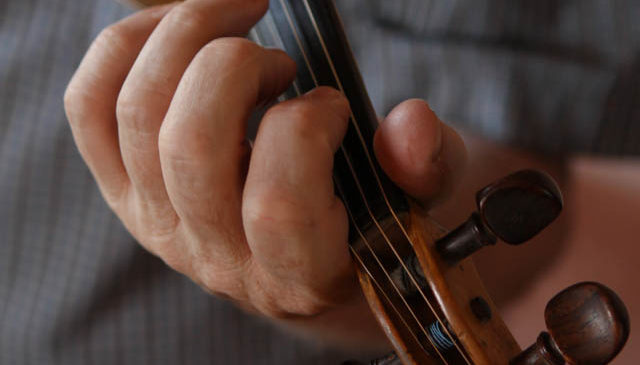 James Kelly’s hand on the fingerboard of his fiddle 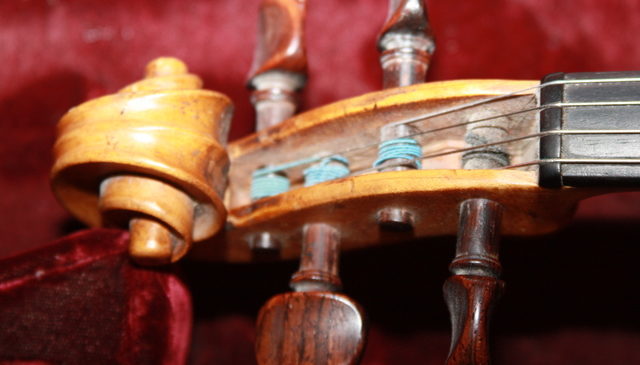 The scroll and tuning pegs of Kelly’s fiddle 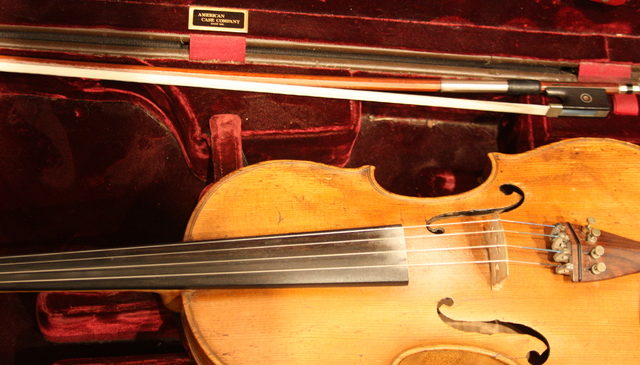