Founded by a collection of local Peruvian performers in 1999, dance and music ensemble Perú Expresión presents various expressive traditions, including those practiced by Afro-Peruvians. The group is led by percussionist Johnny Mora, an expert cajón (box drum) player, and dancer Maribel Egoavil. Both have performed with world-renowned troupe Perú Negro and with other Peruvian music stars, including Eva Ayllón.

(The following is from an interview HistoryMiami conducted with Perú Expresión in 2013.)

Where were the two of you born? Where are the other group members from?

We were born in Lima, Peru, on the southern coast of Peru. The other members are from the same region.

Why did you leave Peru? And why did you move to Miami?

We left Peru in search of new opportunities, chasing the dream. We came to Miami because we have family here.

Why was Perú Expresión founded?

What traditions do you practice? And where do you perform them?

We practice traditions that have been taught to us since we were born, such as welcoming the weekend by listening to Afro-Peruvian music. We leave behind for just a moment our housework and just dance and listen to music as a family. At the end of the day, this gives us much happiness. During birthday celebrations it is customary to greet the person celebrating the birthday with music before entering their house. The music is relevant to the birthday and it speaks to the food and drinks that should be ready as we arrive at the gate to celebrate. This is an old tradition that dates back to our ancestors.

What is the history of Afro-Peruvian music and dance?

When black slaves from Angola arrived in Peru they mixed their customs with the Andean and Spanish customs of that time. As a result, Afro-Peruvian rhythms were born. The rhythms are a mixture of Andean, Spanish, and African traditions. The dances are determined by the rhythms of the songs that speak of joy, sorrows, laments, revelry, and the longings of Afro-Peruvians.

How did you all learn these traditions?

Traditions have been passed down from ancestors to the younger generations. From an early age children learn the importance of our customs and culture.

Tell me about the instruments you use? The cajón? The cajita? The quijada?

Slaves used drums to communicate between each other at a distance. When the Catholic Church took away the drums the slaves needed a way to communicate and express their feelings. As a result, a fruit crate became a new drum. With time the sound was perfected and the “new drum,” called a “cajón,” took on this new box-like shape.

Initially the cajita (little box) was used not as instrument, but as a charity collection box. When opening and closing the box one of the altar boys began to make a very particular sound. Then with a small 8 inch stick they hit the sides of the box while opening and closing it. New sounds appealing to the ear were created. The original name of this instrument is cajita rítmica peruana, little Peruvian rhythm box.

The quijada (jaw) was discovered by a slave in the 18th century. Walking through the field the slave stumbled upon a dead donkey. While tripping he kicked the dead animal, and the teeth vibrated. Following this the slave grabbed the jaw with his hands and began to beat it repeatedly. Then he picked up one of the bones of the animal and rubbed it against the teeth getting the particular sound of the quijada.

Tell me about Afro-Peruvian dances. What do they depict?

Afro-Peruvian dances are the expression of a culture made up of multiple traditions, including influences from the mestizaje, a mix of the Spanish colonists and African slaves. The slaves created the dances. They wanted to mimic their masters and their daily behaviors. So much so that the costumes used today imitate the attire of the slave masters of that period.

Each dance represents the feelings of the slaves; for example: the alcatraz is a dance of conquest in which a man courts a woman by burning the “cucurucho,” a piece of paper hanging from the back of the woman. According to the story, if the man burns the “cucurucho,” then the woman belongs to him. The festejo is a dance that celebrates the harvest; everyone dances to rejoice a day full of happiness and joy.

What do you all enjoy about practicing these traditions?

We like to practice our traditions and teach them to our children as our parents did with us in their time. It’s nice to be able to maintain our customs and show them to all those who would like learn about Afro-Peruvian traditions. 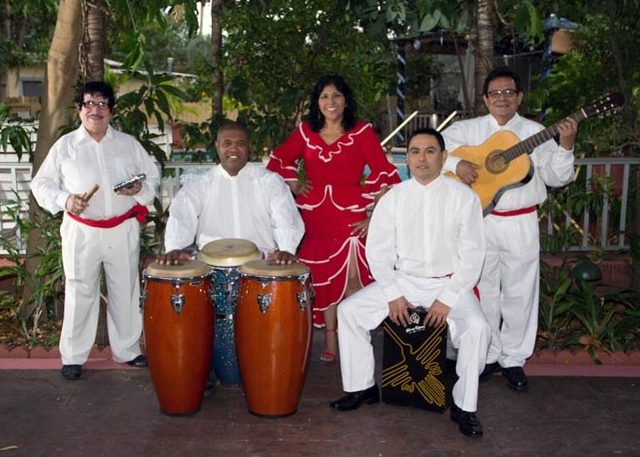 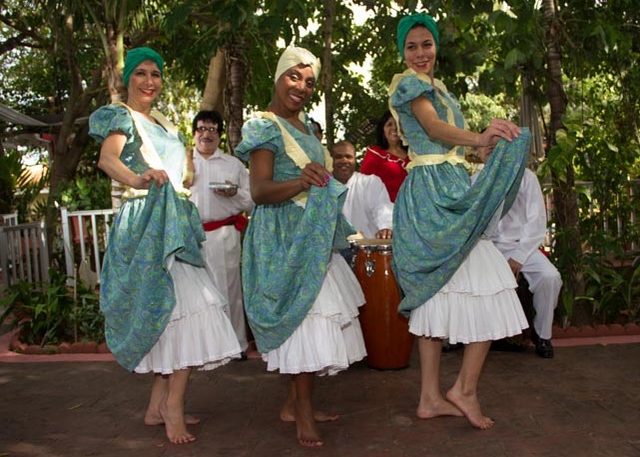 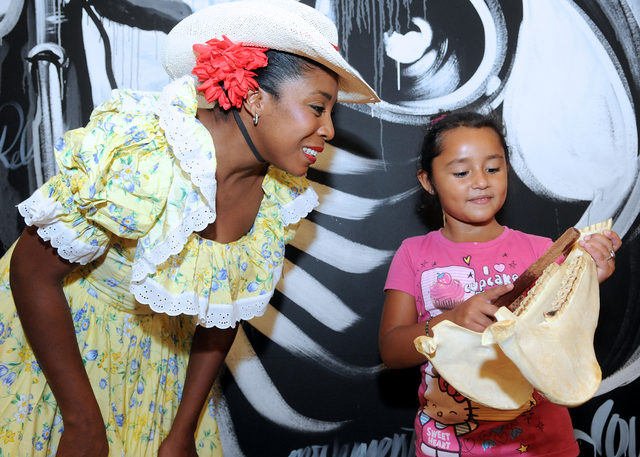