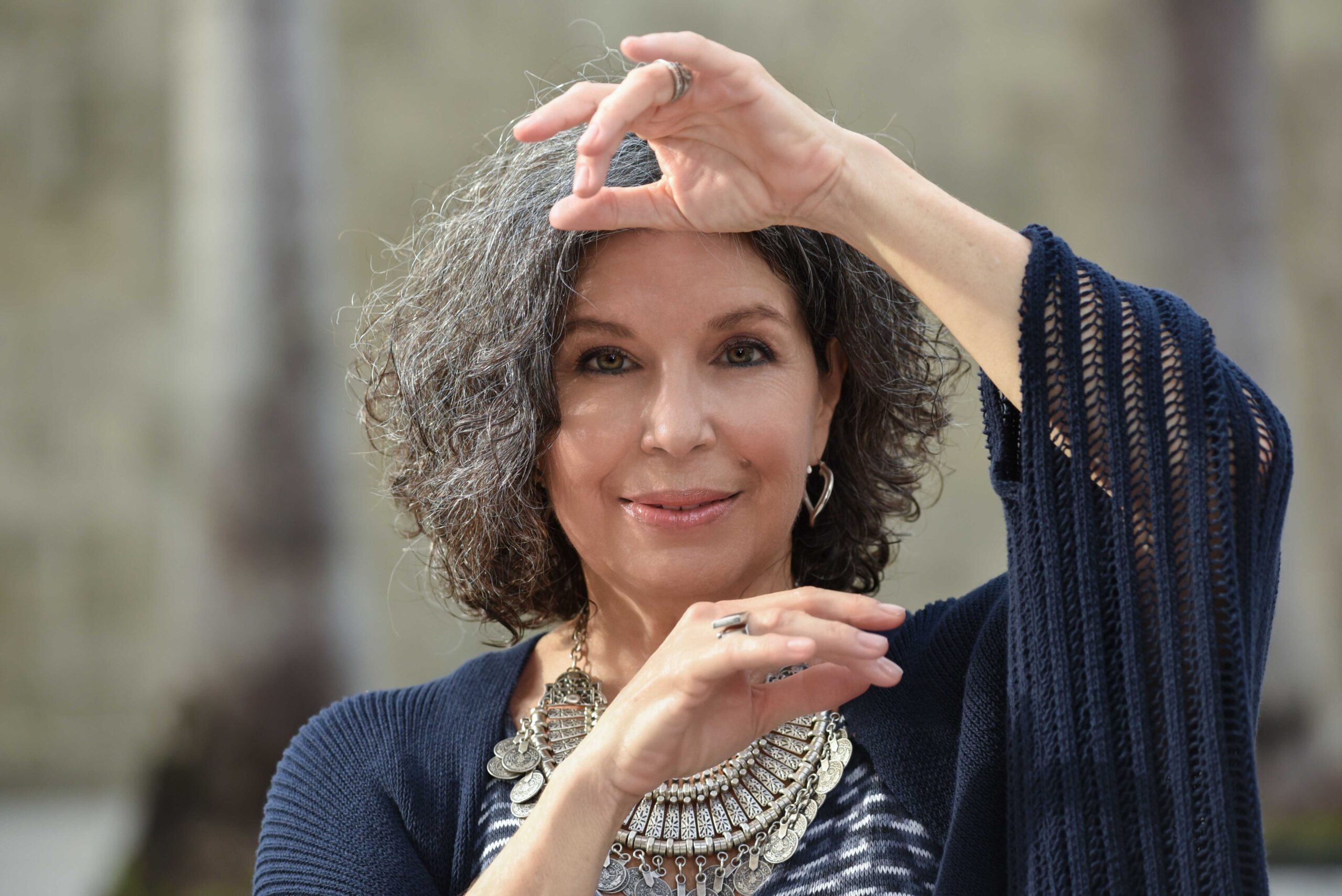 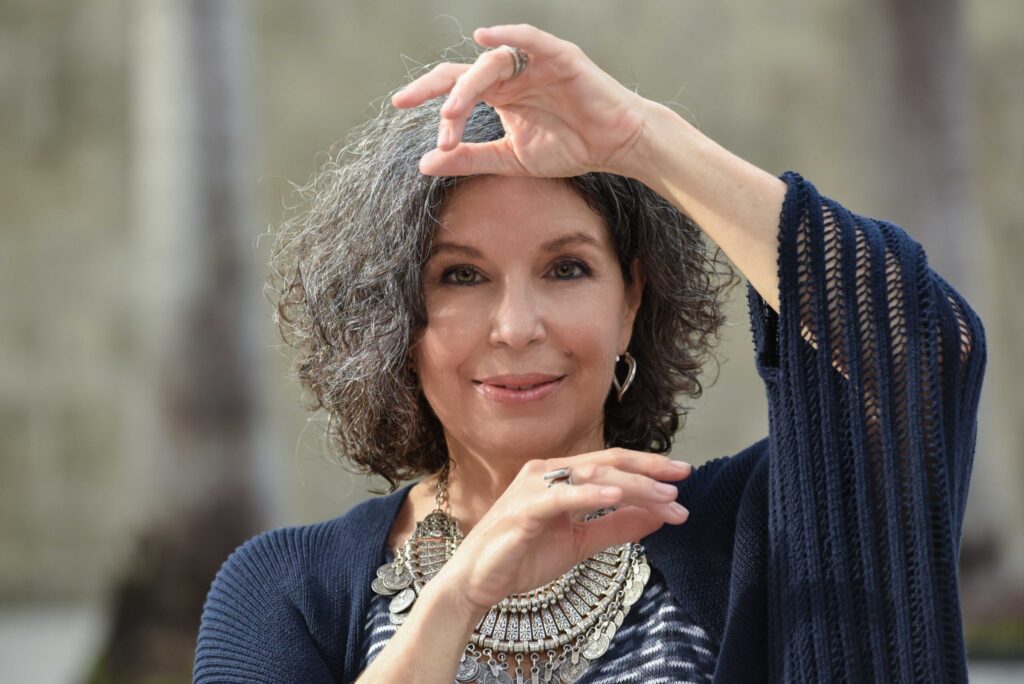 Born in Havana to a Cuban Jewish family, Susana Behar grew up listening to not only Cuban music but also the traditional Sephardic songs of her Turkish grandparents. While living in Venezuela, she began to pursue her passion for Jewish music while also exploring her love of Latin American folk songs. In 2007, Susana founded The Sephardic Music Ensemble and developed an extensive repertoire, helping to preserve this integral part of Jewish culture. A recipient of the 2015 Individual Artist Fellowship Award from the Florida Department of State, she has performed at festivals and concerts in the United States, South America, Mexico, Canada, Japan, and Israel. Susana has released two albums, La Galana y El Mar (2010) and TAPIZ (2018). She lives in Miami and performs regularly throughout South Florida.

The following is from an interview HistoryMiami Museum conducted with Susana Behar in 2020.

What is your name and where are you from?

My name is Susana Behar, and I was born in La Habana, Cuba. I emigrated to Caracas, Venezuela in 1965 and lived there for 17 years. In 1983, I once again emigrated, this time to the United States, and have been living in Miami ever since.

What music traditions do you practice?

I sing the traditional music of the Sephardic Jews, and the songs I sing are in Judeo-Spanish, more
commonly known as Ladino. These songs reflect the lives, the customs, and the poetry of the Sephardic Jews. I think it’s important to briefly explain who are the Sephardic Jews. First, let’s just say that the term ‘Sepharad’ appears for the first time as a biblical place-name of an uncertain location in the Book of Obadiah 1: 20. There is no scholarly consensus as to what or where this place was, but we do know that the Jews living in the Iberian Peninsula since at least Roman times called the area Sepharad. Over the centuries, this community thrived through times of peace and prosperity but also endured periods of oppression and persecution.

In 1492, the joint Catholic Monarchs, Isabella I of Castile and Ferdinand II of Aragon, ordered the Alhambra Decree which called for the expulsion of practicing Jews from their territories. Through the Alhambra Decree the Jews of the Iberian Peninsula were forced to either convert to Christianity or go into exile. Some chose to stay and convert, but many chose to leave and keep their faith. “Sephardic Jews” is the general term used to refer to the descendants of those who left. Some went to Portugal, but unfortunately, they were also forced to leave or convert only a few years later. Many, by the invitation of Sultan Bayezid II, established communities in the Ottoman Empire in what we know today as Turkey, Thessaloniki (Greece), Bulgaria, Serbia, Bosnia, North Africa, and as far as Egypt and the land of Israel.

They were forced to leave behind their material possessions but took with them their most precious ones: their religion, culture, customs and traditions, and of course their language, which continued to develop during the following centuries. Borrowing words from the languages spoken in their adoptive lands, the Sephardic Jewish language, the Ladino as we know it today, includes archaic forms of Castilian (what came to be known as Spanish), Aragonese, Catalan, Galician, Asturian, and Portuguese. The language also includes elements of Hebrew, Greek, Turkish, Arabic and more recently, Italian, French and modern Spanish. The same way the Sephardic Jews’ language was influenced and informed by the people of the areas where they settled, so were their cultural expressions, and in particular, their music. When I talk about my art and the music I perform, I have learned it is important to provide this historical background. The Sephardic musical tradition is definitely a reflection of all these migrations, all this history.

How did you learn these traditions?

As I always say, Sephardic music has been in my blood from ancient times. It came to me through my ancestors, and it has been part of the soundtrack of my life. I come from a Sephardic Jewish tradition, and my musical influences are first and foremost familial. The first time I heard Judeo-Spanish and Sephardic music was in the voices of my maternal grandparents who were Turkish Sephardic Jews who emigrated to Cuba at the start of the 20th century. It was in their home that I first heard some of these melodies. But unfortunately, my grandparents passed away when I was a small child, and once I left Cuba, I lost contact with the rest of the elders in my family for many years. Fortunately, I had the opportunity to learn some songs from elders in the Sephardic communities where I’ve lived over the years. Lastly and thankfully, there is a vast amount of field recordings of elders of Sephardic communities around the world documented by very respected ethnomusicologists. These have been and continue to be a constant source of information and inspiration.

In what kind of settings do you perform these music traditions?

Originally this music was not meant for the concert halls but rather enjoyed as part of people’s everyday lives: within the home, among family and friends, and in every celebratory event. In most cases it was performed by women who most of the time accompanied themselves with some type of percussion instrument, most commonly a hand drum. Nowadays, as with many other traditional musics, there has been lots of interests around the world, and it has become very popular not only within the cultural group it belongs to, but also for the public in general. Therefore, you may find Sephardic music concerts in all sorts of music festivals, theaters, and concert halls performed with small ensembles or with large orchestras. I have been fortunate enough to have been able to share this tradition, together with my ensemble, in several music festivals around Florida, South Carolina, and Canada, as well as a variety of events in Mexico, Japan and Israel to both Sephardic and non-Sephardic audiences.

How do you describe your performance style?

I think that an important aspect of my performance style is that my concerts always have an educational component but in a natural way. I think that being of Sephardic heritage, I understand the language and the culture, and the possibility of identifying with it from within gives me a deeper understanding of this art. Whenever possible, I like to introduce the concerts with a brief explanation about Sephardic Jews, our language, and our music, creating both, an artistic and a cultural space. I feel very strongly that it not only helps the audiences appreciate the beauty in this musical tradition, but also, it contributes to understanding the importance of preserving it for future generations. The songs, which as I’ve mentioned are sung in Ladino, are relatively easy to understand for Spanish speakers, but when that is not the case, I like to briefly explain the lyrics. My knowledge of Ladino allows me to explain to the audience the meaning of the songs and the stories they are telling. I have found that this makes for a much more enriching experience. I want the audience to leave with the curiosity to learn more about this music and the cultural group that practices it.

How is the music you perform related to storytelling and preserving history?

Storytelling is an integral part of this musical tradition. As I mentioned before, many of these songs are a reflection of the lives, the customs, and the stories of the Sephardic Jews from different communities. Therefore, they are definitely important tools for preserving history and traditions and for telling the story of a people. Once again, that is why I feel the need to briefly translate the songs to a non-Ladino and/or non-Spanish speaking audience. I want them to hear the story told in the songs and when I do, for a few moments, I become a storyteller as well. I think it is definitely an important aspect of this art.

Why do you practice this music tradition and what do you value most about performing this music?

Throughout my career, Sephardic music has been an integral part of my work and for many years, it has been the focus of my musical journey. I practice this music tradition because I love it! I find it fascinating, beautiful, and rich. Because I identify with it from within, its part of who I am, and because I feel, in a way I owe it to my ancestors, it’s in their honor that I choose to do it. Every time I perform, I think, “This is for you, for your tradition, for your legacy.” If I can contribute, even in a little way, to preserve this culture and the Ladino language through music, I feel fortunate. It’s been my intention and my purpose, through my work and dedication and through the style of my recitals to contribute to its preservation, keeping in mind all I’ve learned about this music and those who sang it before me. And I continue to learn, all the time by adding songs to my repertoire, refining my knowledge of Ladino, and learning more about customs and traditions. It’s a vast and beautiful world and I’m immersed in it.

Supported by the National Endowment for the Arts and

Sephardic Music: A Century of Recordings