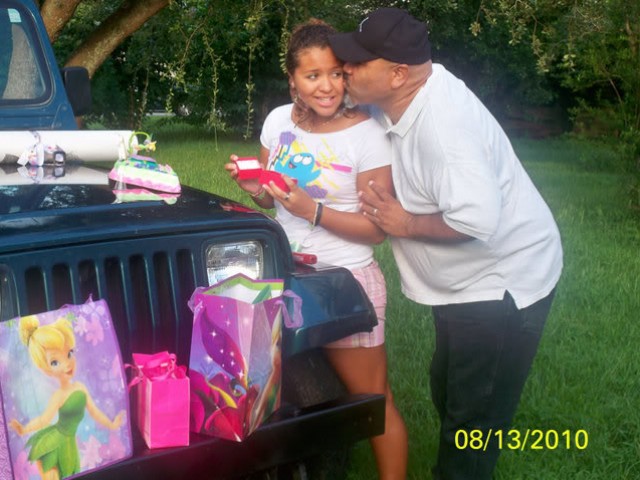 Seventeen. That is when I graduated from high school. I had many choices of where I wanted to go to school, but the university I dreamed of going to rejected me. I ended up choosing a school I had never visited and taking a blind leap.

A couple of weeks after I turned 18, I moved down to Miami to attend college. I never had been to Miami before and I was honestly scared to attend the only university I did not tour on my application list. I have family in the area and I knew that even though my immediate family was just four hours away I could take a 20-minute drive to see my cousins.

I remember the day before I was going to move into my dorm, I stayed up all night in my cousins’ house watching TV and honestly scared out of my mind. I tried to play off the fact that I was scared to move to a place I had never been before and afraid I would not like the university I chose to attend. I wanted my father to see my strength in leaving instead of my fear that first year here.

Now, I’m about to graduate and time never seemed to have passed so fast. My challenges now seem like moments I cherish and take with me as a lesson learned. I do not know what scares me more about finally graduating: the memory of the two beloved men in my life or me actually moving on to accomplish my life goals.

I started my freshman year with my whole family moving me into a dorm with my best friend from high school, and then my father went clubbing with his cousins. I honestly thought my father enjoyed coming to visit so he could party, and he always enjoyed dragging one of my sisters along for the drive. He occasionally came down with my middle sister, but as time went by we visited each other less often. The reason for the broken connection was my boyfriend at the time; he was very close to my father and tended to not like my ways.

My first semester was a success, and I came home for winter break to my loving family and boyfriend with A’s and B’s. Time seemed like it did not change in four months, and each moment I spent at home reminded me why I love my family and why I also went to college four hours away.

The start of my second semester seemed as easy as the first one; I figured college wasn’t so bad. Mid-semester I got eight calls from my boyfriend who eventually reached me to tell me my father had died from a blood clot. At first I thought it was a bad joke. No, it was a harsh reality that I was not ready to face.
I went home that week to find out my father had put me as head of household. I was 18 with responsibilities I thought I would not have to deal with until I was in my twenties. I had to take care of my mother, who was blind, and figure out how to put two sisters through college, along with myself. My family lost our houseman that year as well, and I tried my best, with the help of my mother’s best friend, to manage the family.

Even though everyone tells me I did a great job, I felt I did not do the best I could have because I stayed in college instead of moving closer to my mother. My mother’s best friend did everything possible to make sure her needs were met. I called my mother every night for a year and half to read her stories. She did not remember the four months after my father died.

My sisters spent most of the college fund and ended up doing their own things. My older brother tried to help my youngest sister but she became trouble to him. After two years of being in charge and feeling drained by my family, I gave the guardianship to my middle sister. I wanted to forgive my family for the hurt, and even today I have a hard time with it.

I am now 21 and lost my mother’s best friend three years to the day after I lost my father. He had been a father figure to me and I felt devastated to lose him. He was the man who watched over me after my father passed and made sure I was always okay.

Now, I am getting ready to graduate and all I see is their memory as I am about to walk across that stage, wishing they were here to watch that moment. I cannot help but think Miami will always be a part of me, just like all the great people in my life.