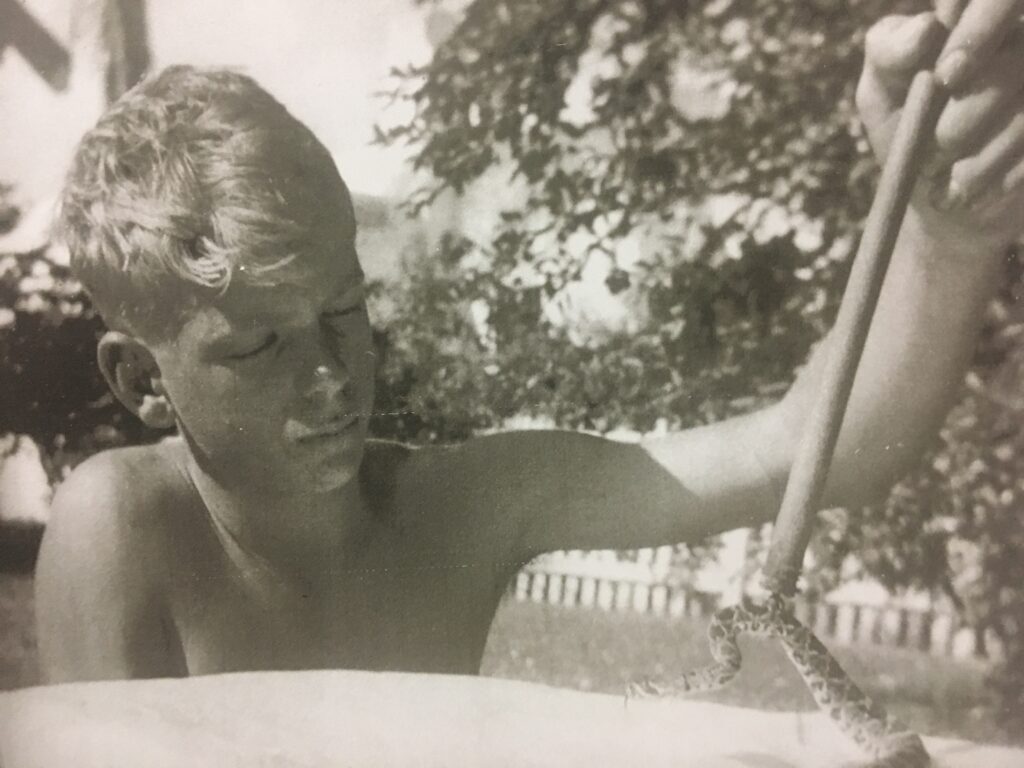 There was a lot happening in Miami in the middle and late1920s when my father, Tom, and my mother, Ruth, as newlyweds, came across the Tamiami Trail from Fort Myers.

My father, nicknamed “Doc,” had been in the lumber business in Fort Myers as a young man and left for Miami to take a management position at Cheely Lumber Corp., located on 17th Avenue, just north of the Miami River.

Miami was a growing town with great opportunities in the ’20s, especially in a business that provided lumber for a growing South Florida.

Despite the 1926 hurricane and the Great Depression, Florida was experiencing what was then called the “Florida Land Boom.” The lumber business was sound and so was Cheely Lumber when my parents arrived in Miami. Mother said she and my father never felt the effects of the depression years, because there was always a need for lumber. My dad was in the right business at the right time.

My older brother, Tom, and I were born in 1932 and 1934, respectively, at Miami’s Victoria Hospital. A few years later, my father built a small “Cape Cod” style house on Northwest Third Street and 25th Avenue, which became our home. My father and mother planned to live in this little two-bedroom and one-bath house for only a short time. They already had plans for a larger home closer to town. That never happened. Doc and a business associate were in a car wreck one night while traveling to a lumberman’s meeting in Kissimmee, Florida. Both were severely injured, and both were hospitalized in Kissimmee. About a week later my father died from complications of his injuries. His associate survived but walked with a limp the rest of his life.

The year was 1938. My brother was 6, I was 4, and mother was a widow at 30. Our little two-bedroom house was intended to be a starter home for our small family, but instead became the only house mother ever owned. Mother remarried but continued living in that little house until her death in 1976.

We lived within walking distance from both Citrus Grove, on Northwest 22nd Avenue, where Tom and I attended elementary and junior high, and Miami High on Flagler Street where we both attended high school. In my preschool years, the streetcar line came down Flagler Street and stopped in front of Miami High. The streetcar tracks are probably still there, covered up over the years with layers of asphalt.

Across from Citrus Grove was a little mom-and-pop store named “City Line Grocery” run by two brothers, Abe and Art. It was the after-school “stop off” on the way home where kids could get candy bars and soft drinks for a nickel. From time to time, during the school year, a representative from the toy company that made Champion or Duncan Yo-Yos would show up to perform yo-yo tricks and sell yo-yos. If you bought a yo-yo, the rep would carve your name on it for free.

Every street in my neighborhood had vacant lots. Many had gnarly Dade County pine trees and outcroppings of coral rock that were part of the reef system when the sea had covered Florida millions of years ago. The whole neighborhood was, for us, a potential campsite. We built makeshift shelters on vacant lots and on weekends we would sometimes spend the night out there. Somehow, we were never able to build a shelter capable of keeping out the rain. I remember more than once when it rained during our night camping, we had to pack it in and head home to our dry bedroom. We were adventurous but not stupid.

Twenty-seventh Avenue, to the west of our house, began a forest of virgin pine trees that continued past where the Dade County Auditorium now stands. There was also the Nash, a big rock pit to the west of 27th Avenue that was dug for fill rock during the Florida boom. Although dangerous, with steep drop offs, it was the local swimming hole. However, there were rumors of drownings at the Nash, so Mother forbade us to go there. It was filled in after World War II, partly because it was dangerous, but mostly because developers had gradually begun to build houses in the area and the property became more valuable.

The Miami River was only a short bicycle ride from our house. There were long stretches of riverbank that were still undeveloped. We often went there to fish for mullet. All we needed for a day of fishing was a cane pole, a small hook and line, and dough balls made from slices of bread. We would catch and release mullet until we were bored, then we would mess around trying to catch land crabs for a while. The crabs were plentiful but would scamper down their holes when we approached, so our success in catching land crabs was not as productive as catching mullet. We would return home muddy, wet, scratched and mosquito bitten after a day of fishing and exploring the mangroves and muddy banks of the Miami River, but the memories of those days are the treasures of my mind.

Several years ago, the news carried the story about a little boy getting in trouble for bringing nail clippers to school. It was reasoned that anything sharp like nail clippers, fingernail files, or other household items that had sharp or pointed edges could be used as a weapon. Life for Miami kids in the 1940s and ’50s wasn’t as strict. A pocket knife or nail clippers carried to school was not forbidden. I remember Boy Scouts coming to school in their scout uniforms and often had scout knives hanging from their belt. No one thought much about it, and there were no rules against it.

At an early age Tom and I had learned to feel comfortable in the woods and swamps of South Florida. Tom had always wanted a 22-caliber rifle, so on his 16th birthday Mother took him downtown to Frank T. Budge Hardware store for a very special birthday present — a Remington, bolt action, single-shot 22-caliber rifle. Tom had wanted one for as long as I could remember, and I was as happy as he was, because I knew he would let me shoot it.

The following weekend, Tom and I took his new rifle target practicing west of Miami along the Tamiami Canal between Flagler Street and Eighth Street. Our trip was by Miami city bus, the same bus that we took going in the opposite direction downtown to see a movie. Two kids, rifle in hand, boarding a city bus to spend a few hours “plinking” along the Tamiami Canal. When we boarded the bus carrying the rifle, neither the bus driver nor the passengers scarcely raised an eyebrow. Of course they didn’t suspect that we might have been carrying nail clippers.