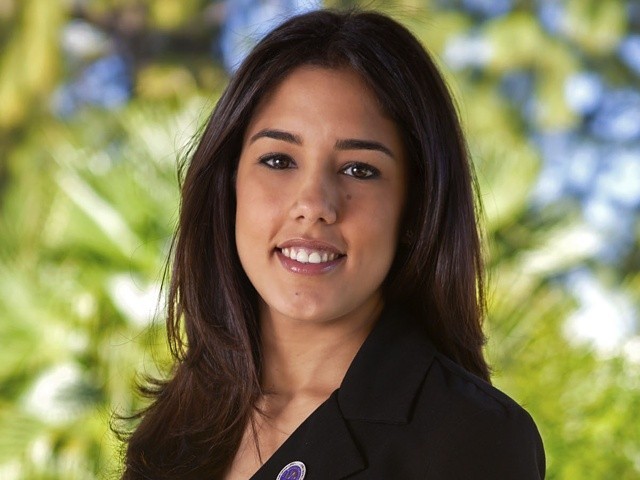 Like every other night, I sit by my window to finish my homework, but tonight the light of the full moon distracted me. It was a beautiful night, but I could only see the full white moon, not the stars. Then I started to remember a time during my childhood when watching the stars was possible every single night.

I also remembered this girl catching cocuyos (fireflies), playing hide and seek with her cousins and friends from the barrio (neighborhood). It was me as a child, with the people I love and whom today I miss the most. Since watching the sky brought me some good memories, I decided to look at albums of photos and videos I had from when I lived in Cuba.

Going through the pictures, I could smell the soft aroma of the jasmine flowers, feel the breeze from the open field, and the sound of the small waterfall near my home. I could hear the woodpecker doing his work on the tall palm tree, the tractor in the far distance plowing the land to plant the sugar cane later in the year, and see the cows passing by the house, which provided me with the milk I drank for 16 years.

I grew up in the countryside of Cuba, in Villa Clara, in Viana, a very small town, and when I say small I mean it. We were roughly 1,000 people. There was only one main road with a broken surface, and the other roads were covered with an orangy dust and when it rained you’d better wear rain boots or you could lose the only pair of shoes you owned.

There was also only one school from pre-kindergarten to sixth grade, and when you got to middle or high school you had to travel to another town. We had one library, where new books came once a year, and the dust and humidity of the place damaged them. There was one clinic, one pharmacy, one food store, three or four clothing stores, and restaurants were 20 kilometers away from where we lived so we had to travel there. And when I say travel I don’t mean go in your car. Cars were a luxury for only a few, so we had to go on buses when they came. It wasn’t easy but somehow we survived. I love the place where I grew up, and I wouldn’t trade it for anything in this world.

As I viewed the pictures, one caught my attention because it brought one of the best memories I have with my uncle, grandfather, and dad. In the picture, we are seated in the green chairs around our dinner table in our old house, watching our Samsung TV of the year 2000. That was our first color TV and we took care of it as if it were gold. We wore orange shirts and we were watching a baseball game. And you’ll have to ask, why is that picture so special? Anyone can have a picture like that one. But since I was little I developed a passion for every televised sport because I saw my dad, uncle, and grandpa watching them; that’s how my passion was born.

My favorite sport of all time was baseball. Every time the season started, my uncle, my grandpa, my dad, and I stayed up until 1 or 2 a.m. watching the games. Obviously I was an Orange fan, that was my Villa Clara team, and we always supported them. The rush of adrenaline, our hearts pumping out of our chests, our sweaty hands, but above all, that moment we all shared together as a family. Now it’s so different; we are 90 miles apart from each other, and every time the season starts my grandpa and my uncle tell me, “¿Vivi, cuando vamos a ver el juego juntos?” (Vivi, when are we going to watch the game together?).

Now, my heart drops because we are close, yet so far apart and I can’t see them as much as I want to. That moment is now in our memory.

I continued looking through the albums, keeping in mind the magical power of pictures. I found more from Christmas. Christmas in Cuba is very different from those here. There are not many decorations in houses or parks. You’ll see a small Christmas tree in most houses with the manger scene, and that’s about it. We celebrate Nochebuena (Christmas Eve) on December 24 and New Year’s Eve on December 31. All the family comes together — Mami, Papi, brothers, sisters, grandpa, grandma, cousins, uncles, aunts, and close friends that are like family. We celebrate with lots of food, rice and beans, and the best puerco asado ever, salads (tomato, cucumber, lettuce, cabbage, and avocado) with lime and a little bit of oil on top and salt, and sweet and salty fried tamale. Yum!

There is nothing better than that, and the dessert time: flan, pudding, grapefruit (and if you eat it with cheese it would be a hundred times better), peanut brittle, fritters with a sweet salsa, and the list keeps on growing as people come. All of the desserts and food are homemade, which make them so much better. While the food is being cooked most of the men in the family start playing dominos, a tradition in our family. Every time we celebrate something, the domino table is around. After everything is cooked we set the table and we eat. The Cuban coffee comes right after.

Then the real party starts. We put on the music and dance from salsa to reggaeton and every genre in between. Everyone has a good time.

Children don’t get to open presents on the night of the 24th because we celebrate “El Día de los Reyes Magos” on January 6. On that day, children open their presents. December 31 is the day that we celebrate the end of a year, and we kind of do the same as on December 24 with lots of foods, sweets, and drinks. We burn the old year by making a scarecrow that symbolizes the old year, and exactly at midnight, we burn it so the New Year can come with prosperity, health, and happiness. We kiss and hug every family member and wish for a better year, and for all the dreams to come true.

One picture was hiding beneath the blanket, the last picture we took before coming to the United States. Suddenly, my heart felt as if it had been ripped out of my chest. It has been four long years since I’ve seen the people in this picture, since I’ve hugged them. The picture was taken at the airport in front of the automatic doors, where once we went in we couldn’t come back. There we were: my mom with her twin brother, Tio Luis, my dad, my brother, and my cousin Yuni, who was like a sister to me. My mom, dad, brother and I were the only ones leaving. The time to say goodbye was the hardest one, but that is another story.