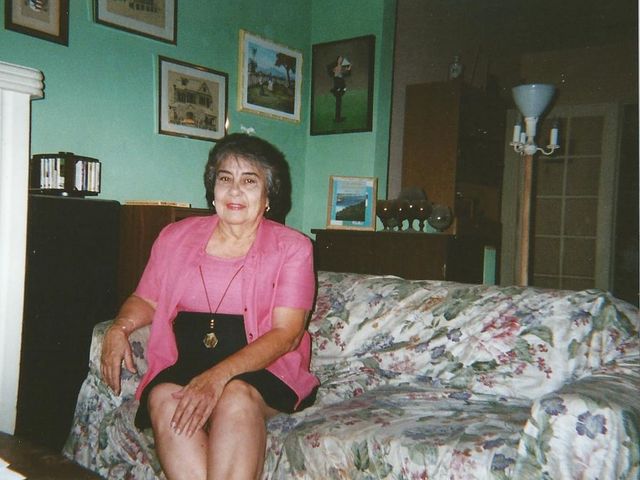 I arrived in Miami with my mother on Friday, July 7, 1961 a little before 7 p.m. I consider myself Miamian, Dade-ian, South Floridian, Southeastern, all of those demonyms.

Bus fare was 20 cents. Newspapers were on wire racks at sidewalk curbs on the honor system with a cigar box or a tin can. The main post office at Northeast First Avenue and Third Street was open until midnight. Domestic postage was 5 cents an ounce and national air mail, 8 cents.

The closest supermarket was a Kwik Chek. Supermarkets gave trading stamps, Kwik-Chek gave yellow Top-Value. I got many gifts with them at Northwest 27th Avenue, including china, luggage and a Bible. Publix didn’t open on Sundays.

Service stations sold Dade and Puritan milk at 98 cents a gallon. “Home” milk, on Northwest Seventh Avenue, had a carton spinning in front and it advertised, “If it were any fresher, it’d moo.” The Walgreens drug store on East Flagler Street and Second Avenue served food on four floors.

Some self-serve cafeterias were Tyler’s and Polly Davis. At the White Castle on Southwest 27th Avenue and Flagler Street, a square hamburger was 14 cents, root beer 9 cents. Richards Department Store on Northeast First Street and First Avenue had six floors, a bargain basement and a coffee shop with green ivy and trellis pattern wall paper. I worked part-time at their jewelry counter in the 1963 Christmas season. The wages were $1.15 an hour.

Homes didn’t have air conditioning. Roberts’ Drug Store on West Flagler Street and Sixth Avenue was open all night and it had a television set in a wooden box in the parking lot across the street with benches for the viewers. Television was black and white, and there were five channels, 4 CBS, 7 NBC, 10 ABC, 2 WPBS and 6 Independent.

My favorite radio station was WIOD 610; others were WGBS, WINZ, WQAM. The main library was in Bayfront Park on Biscayne Boulevard and Flagler Street, and it had an open Bible in a glass case under a banyan tree in front. Vendors sold bags of peanuts to the people to feed the pigeons in the park.

I learned how to drive on the parking lot of the Orange Bowl. Drivers’ licenses were issued by the Florida Highway Patrol, on West Flagler Street at 26th Avenue, and they were pink, typed, and didn’t bear a photograph. I bought my first car, a used cream-colored 1961 Falcon with 5,000 miles, at the Joseph Abraham Ford dealer on Southwest Eighth Street and 27th Avenue.

The telephone company had an office on Northeast Second Street and Miami Avenue where you could consult out-of-town telephone books and place long-distance calls. There were seven movie theaters on Flagler Street, Town, Paramount, Florida, Olympia, Miami, Flagler. In Coral Gables were the Miracle, the Gables, the Coral and Riviera. Federal savings & loan associations gave 5.25 percent interest on their savings accounts and stayed open until 3 p.m., state commercial banks gave 5 percent and were open until 2 p.m.

In the summer, two girl friends and I spent every Saturday and every Sunday at Indian Beach Park on 46th Street. In the evening, we went to the amphitheater in Pier Park on Ocean Drive by Pier 1 to dance. We went to dances at the Police Benevolent Association, the Hungarian-American Club, the Polish-American Club.

There were no shopping malls. There were three arcades downtown on East Flagler Street. There were juice stands. The nearest shopping center was Central Shopping Plaza at Northwest Seventh Street and 37th Avenue.

On Fifth Street in Miami Beach, there were many car agencies that would give cars to people to drive up north for, and deliver to its owner, and in one direction, going up in summer or coming down in winter. They provided a tankful of gas. Little booths on Bayfront Park sold boat rides on the bay.

I got married at Sts. Peter & Paul Catholic Church on Southwest 26th Road. My son was born at Mercy Hospital on South Miami Avenue.

I got an associate in arts degree in business administration at Miami-Dade Community College New World Center, and worked as a corporate banking assistant at Southeast Bank in Miami Springs.