The Spanish Colonization of Florida 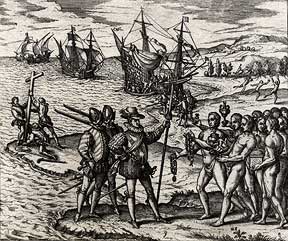 THE EXPLORATION OF FLORIDA 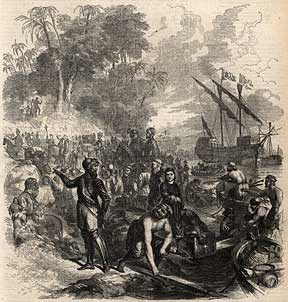 While exploring the Bahamas in 1513, Juan Ponce de León landed somewhere near Cape Canaveral, named the landmass “La Florida” and claimed it for Spain. This was only 21 years after Columbus first set foot in the Bahamas and initiated Spanish colonization of the Americas. Ponce de León explored the east coast of the Florida peninsula, including Biscayne Bay, before returning to his base in Puerto Rico.

Several other expeditions further acquainted Spain with its new possession. In 1528, for example, Pánfilo de Narváez landed near Tampa Bay and headed north; Hernando De Soto arrived on the Gulf Coast in 1539 and began a four-year trek across Florida and the American South. Narváez, De Soto and many other members of these expeditions died, but survivors made it to Mexico to relate their experiences.

THE SETTLEMENT OF FLORIDA

In 1564 French Huguenots (Protestants) established a small colony along the St. Johns River near present-day Jacksonville. The following year, Pedro Menéndez de Avilés both expelled the French and founded the town of St. Augustine. Florida officially became a Spanish colony.

The Spanish established missions throughout the colony to convert Native Americans to Catholicism. Missions in northern Florida, such as those at St. Augustine and Apalachee (present-day Tallahassee), survived for many years. Spaniards also raised cattle in Alachua (near present-day Gainesville) and, in 1698, permanently established Pensacola. 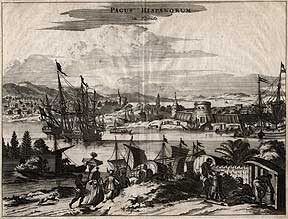 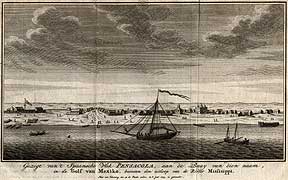 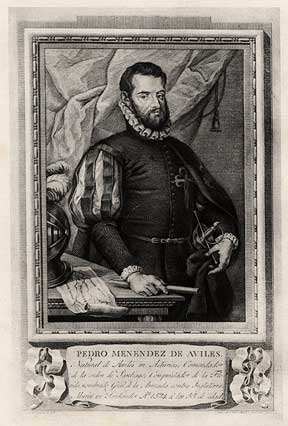 THE LOSS OF FLORIDA 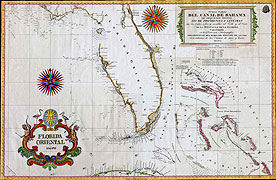 Life continued in sparsely populated Florida until 1763, when Spain gave the colony to Great Britain in exchange for Havana, which the British had recently captured. In 1784 Britain returned Florida to Spain. By then, however, a new, expanding nation had formed to the north-the United States.

In 1818 Andrew Jackson led U.S. Army soldiers into Florida in the First Seminole War, which pushed the Seminoles further south and demonstrated Spanish Florida’s inability to defend its northern border. Spain agreed to transfer Florida to the U.S. in exchange for a payment of Spanish debts. In 1821 Florida became a U.S. territory, thus ending nearly three hundred years of Spanish rule.

Stereographs of Florida and the Caribbean

At the Crossroads Afro-Cuban Orisha Arts in Miami