Since 1949, the Ukrainian Dancers of Miami have preserved and promoted Ukraine’s culture through traditional music and dance performances. Composed of about 40 Ukrainians and Ukrainian-Americans, the ensemble showcases traditional Avramenko dances as well as original pieces. The dance troupe performs year-round in South Florida at festivals, cultural programs, and schools, and has performed across the state at venues such as EPCOT’s World Showcase in Walt Disney World and Orlando ArtsFest. The Ukrainian Dancers of Miami are committed to educating others in the traditions of their ethnic heritage and keeping alive the legacy of Ukrainian dance.

More about the Ukrainian Dancers of Miami

The following is from an interview HistoryMiami Museum conducted with the Director of the Ukrainian Dancers of Miami, Donna Maksymowich-Waskiewicz, in 2022.

What is your name and where are you from?

My name is Donna Maksymowich-Waskiewicz. I was born in Miami Beach, FL, a second generation, American-born, Ukrainian-American.

Tell me the story about how the Ukrainian Dancers of Miami began.

My father’s side of the family, The Maksymowich Family, moved from New York to Miami in 1941 because of my grandfather’s health. When my father returned from WWII Navy duties, my grandfather encouraged him and my aunt to perform Ukrainian dances at local events. Their first public performance as a group was in the summer of 1949 for a YWCA festival in Miami.

What types of traditions does the group practice, perform, and teach?

We formally teach Ukrainian folk dancing. We also incorporate singing and the fine arts that go along with making our traditional costumes, and we participate in observances and traditions for holidays and events in Ukraine’s history.

What kinds of dances do you perform? What is the history of these dances?

The group’s repertoire for the first 20+ years consisted of dances taught mostly by Vasyl Avramenko, a Ukrainian immigrant who traveled through North America and Canada teaching young Ukrainian-Americans some of the traditional dances he choreographed and/or brought from Ukraine. Some of these dances tell a story, like the dance of the buckwheat pancakes—where the dancers look like pancakes hopping on a hot griddle—or the dance of the salt trader, or spring ritual dances, all of which re-enact a story. Since the 1970’s we have been choreographing many of our own numbers. We have also added a few dances to our repertoire from other dance groups, including Ukraine’s preeminent Virsky Ensemble.

What kinds of costumes do you use and where do they come from?

Early on, many of our costumes were made by the dancers’ moms and babas (grandmothers) using materials from Ukraine whenever possible. Some of our costume pieces have been purchased directly from Ukraine and some were made using materials from the United States and Canada that most resemble the authentic material. We have costumes and dances that represent several regions of Ukraine from Poltava to Hutsulshchyna.

What can you tell us about the breadth and depth of Ukrainian traditional culture?

Even today, many 3rd and 4th generation Ukrainian-Americans practice our Ukrainian cultural traditions, especially around holidays. A great many speak the Ukrainian language at home, attend church services at Ukrainian churches, and cook and eat delicious Ukrainian foods on a regular basis. For my family, practicing Ukrainian traditions was and is just as regular as watching American sports on TV, going to the movies, or going for a bike ride. I grew up singing in church Old Slavonic and folk songs in Ukrainian just as interchangeably as singing Billy Joel or Pat Benatar songs.

What does it mean for you to preserve and perform these traditional arts as Ukrainian-Americans?

We have never, in the diaspora, taken for granted the fact that we could always practice our Ukrainian traditions and be Ukrainian-American. I have always referred to myself as a hyphenated American, equally proud of my country of birth and the birthplace of my grandparents. My grandfather fought for Ukraine in Ukraine, escaping death for his patriotism. He came to America, fiercely devoted to his homeland and grateful to his new home. He was free to be Ukrainian and preserved Ukraine’s culture for generations to come. We owe so much to him and all of the early immigrants for fighting so hard to maintain Ukrainian cultural life and creating Ukrainian communities in the USA.

How would you describe the unique identity of Ukrainians?

When I was growing up, Ukraine was under Soviet rule, an unwilling prisoner of the Soviet regime, and I spent more time explaining that to friends and acquaintances than I care to remember. Today, because of Putin’s despicable actions towards Ukraine, the whole world knows where Ukraine is—that it is a country with a history, an identity, a language, traditions, customs, and a rule of law, none of which are Russian. Silver lining: the world now knows. Reality: it is hard to stay strong, but we do; our spirit is alive and will not die. As proud as I am of my grandfather and what he did, I am equally as proud of President Zelenskyy and the brave Ukrainian people for fighting, defending, and protecting their homeland, our country of Ukraine!

What do you value most about performing and educating the public on these traditions?

Our music makes you want to dance and sing. Even the slow and sad songs make you feel something. I am blessed, truly blessed, that I have been dancing and singing for as long as I can remember. I am overjoyed when people jump up at the end of Hopak (the national dance of Ukraine) because it has moved them so! When the spirit from us as dancers is transferred to the audience, we can feel it. I value and appreciate all of the audiences who welcome us into their world and want us to share ours with them.

I want to thank HistoryMiami Museum for honoring us as Artist-in-Residence this year. Especially now, with everything happening in Ukraine, we need the support of our community to stay strong. Being able to share our culture, and as much of it as we can, means the world to us. And in the last six months we have seen that there is a lot of world out there that respects and honors other cultures. We welcome you to our world. On behalf of The Ukrainian Dancers of Miami–vitayemo vas, we greet you! 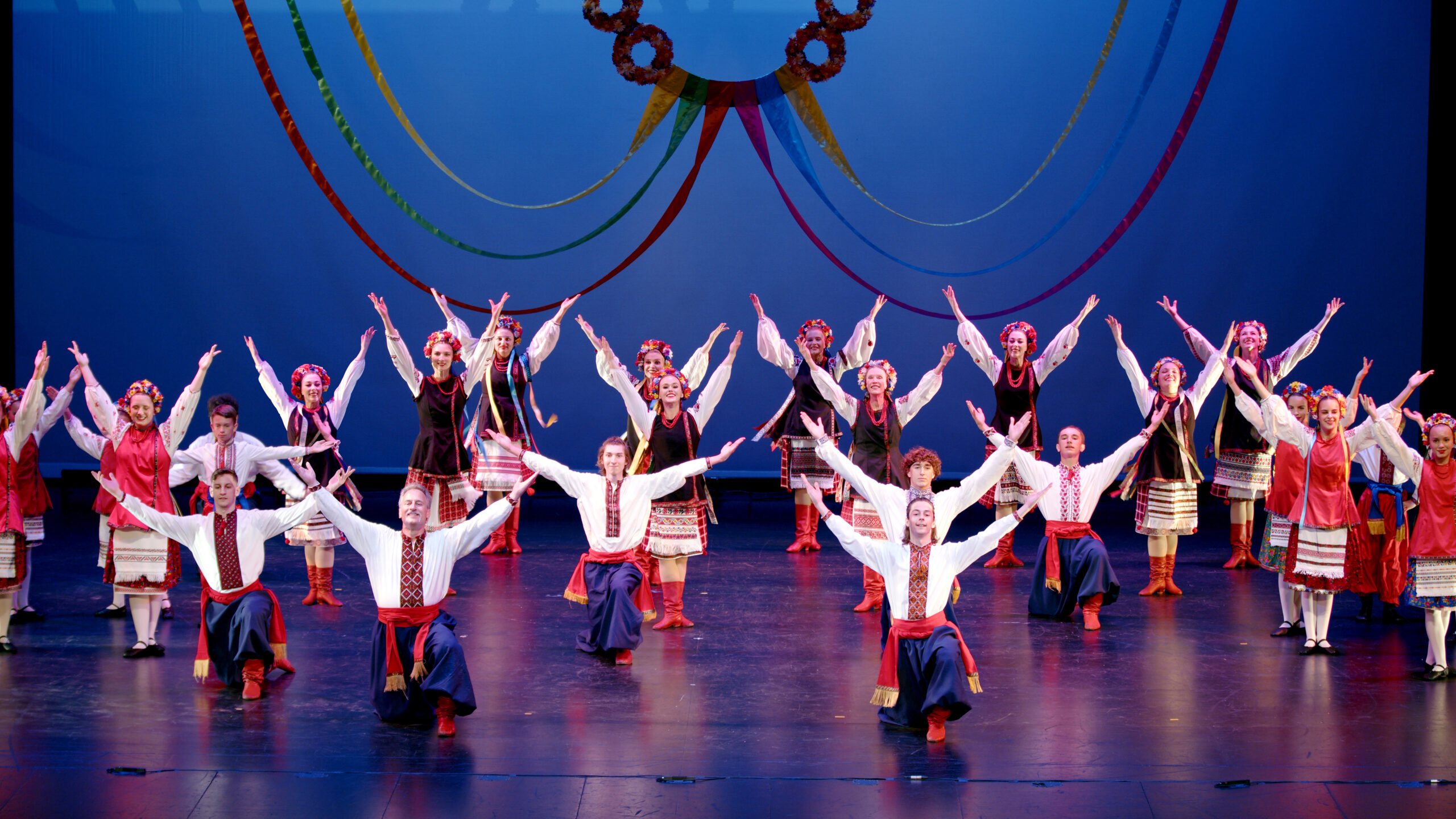 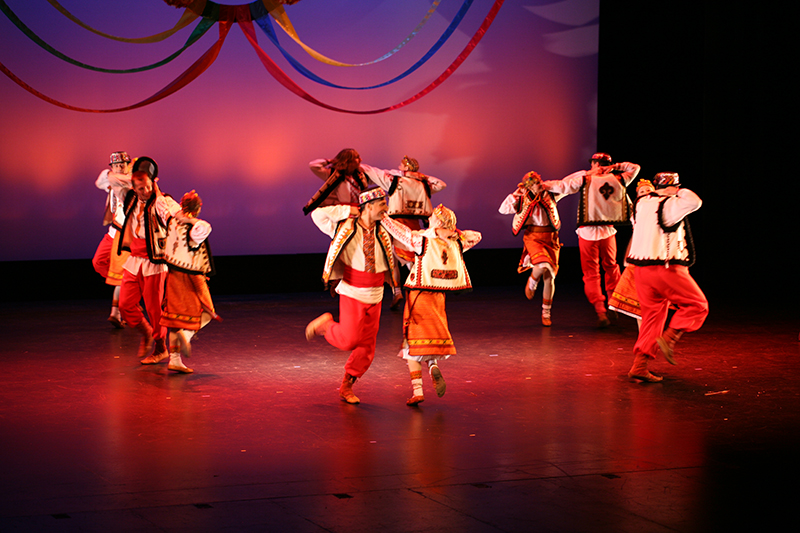 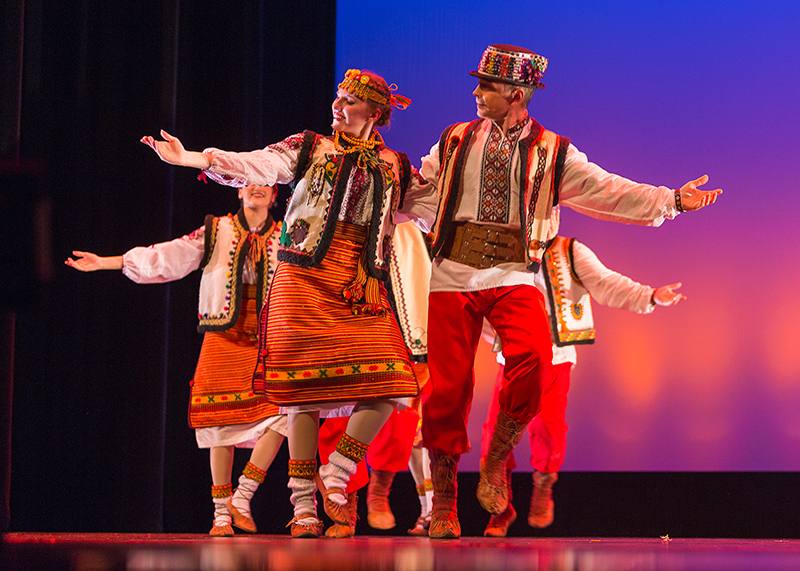 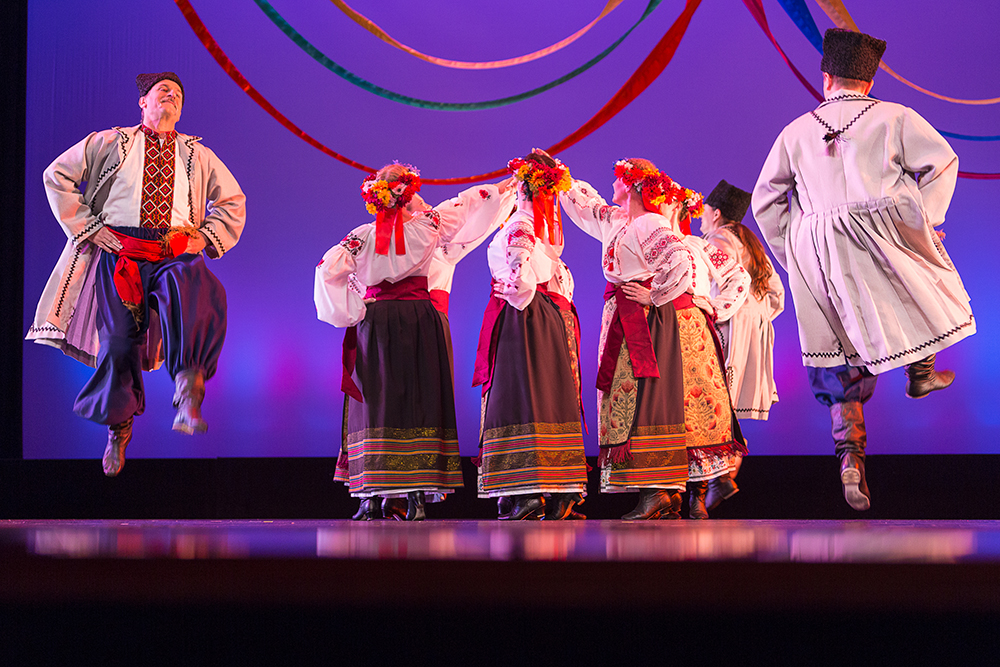 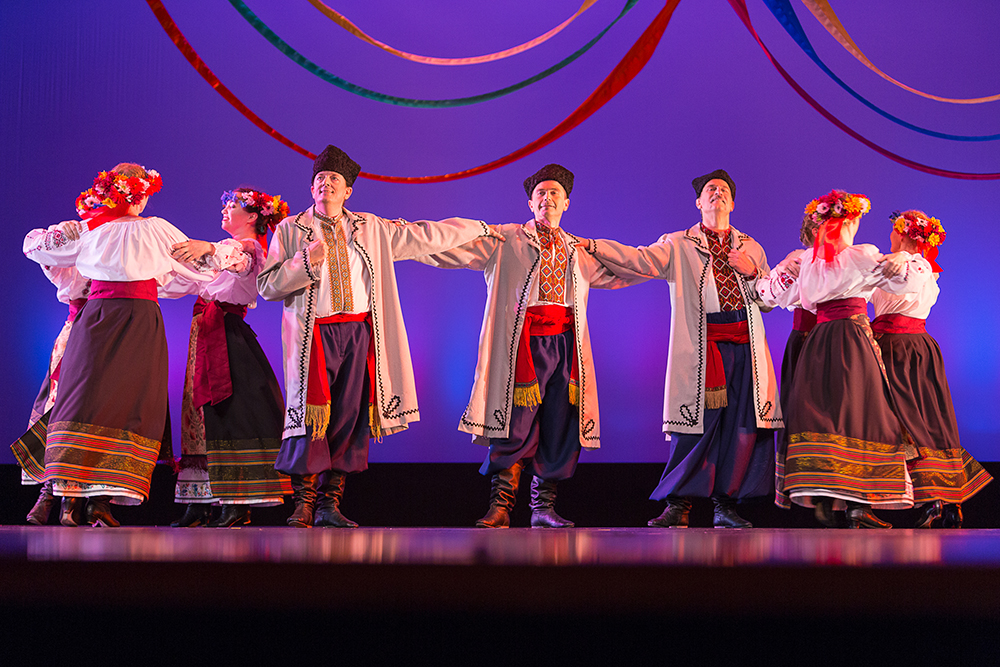 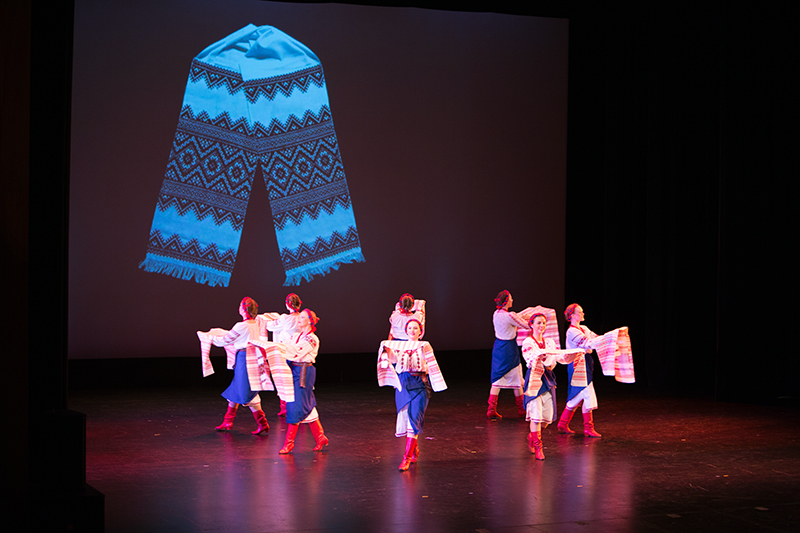 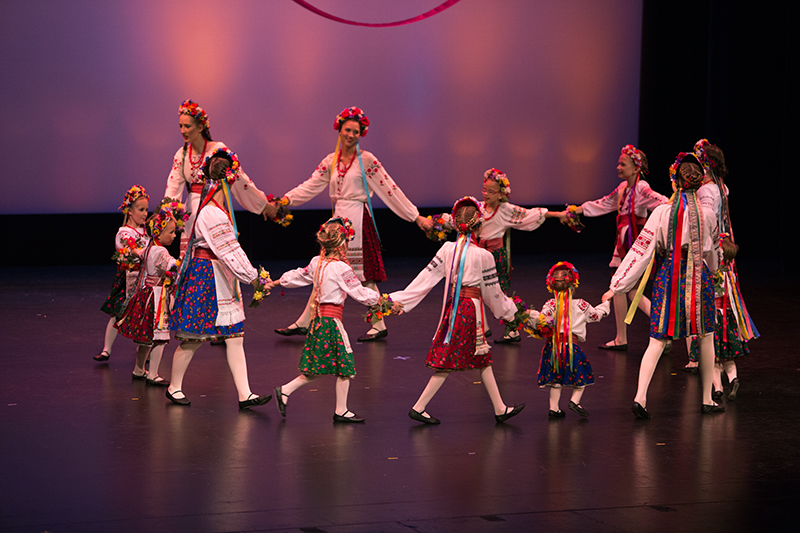 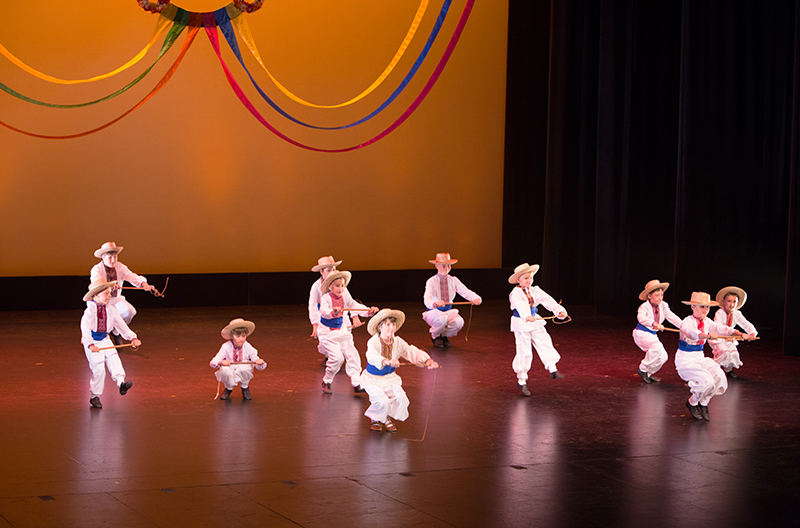 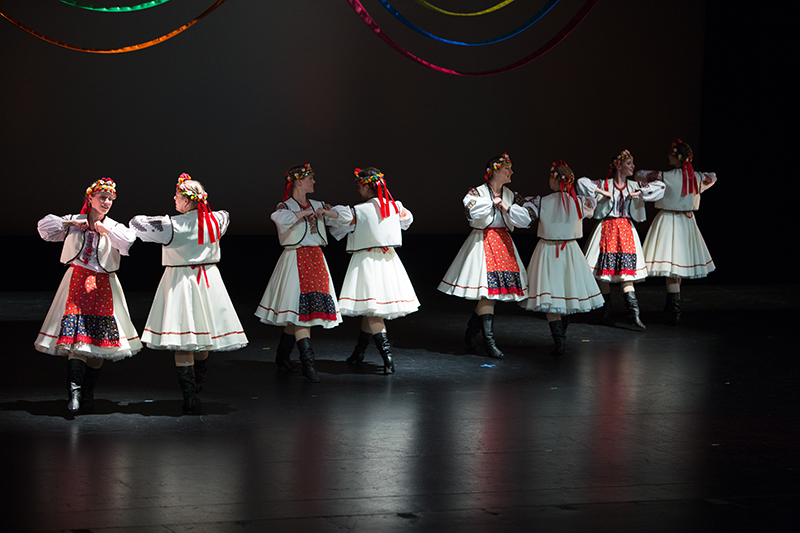 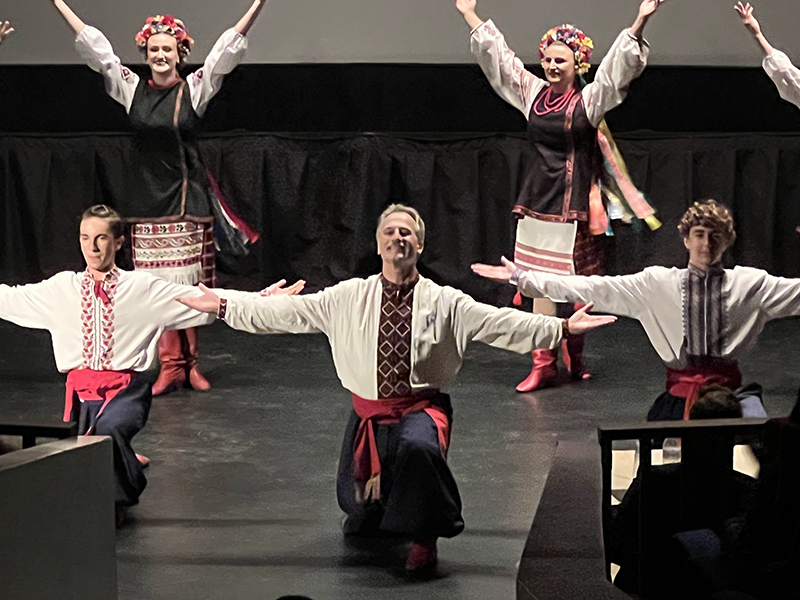 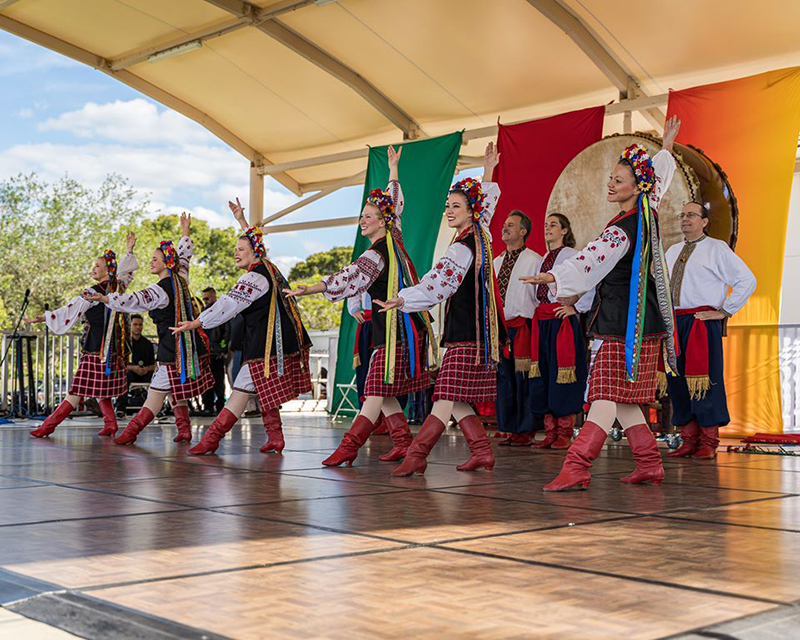 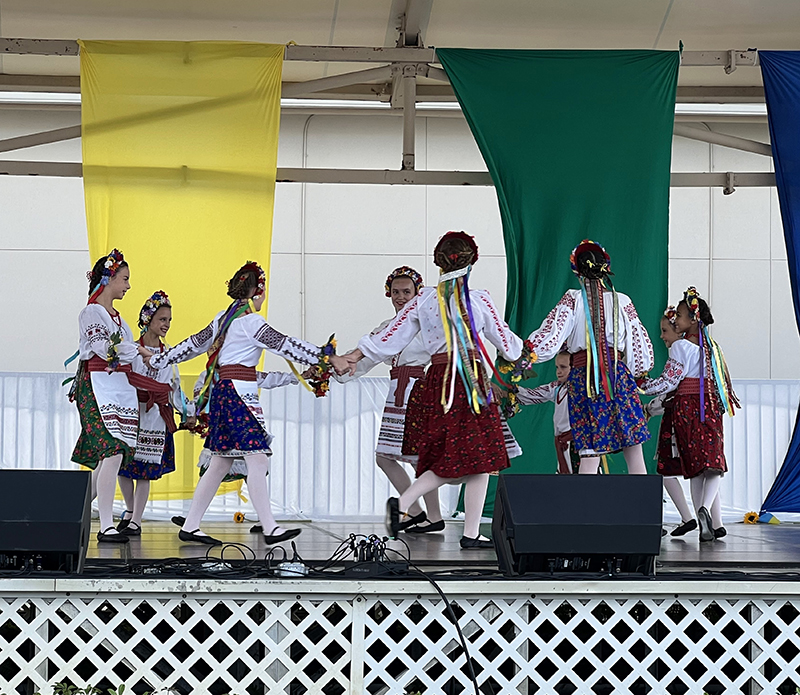 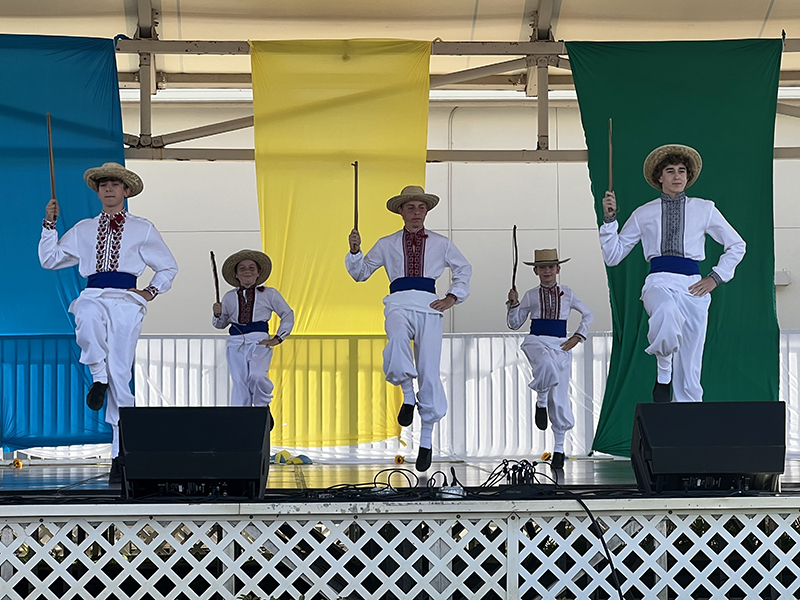 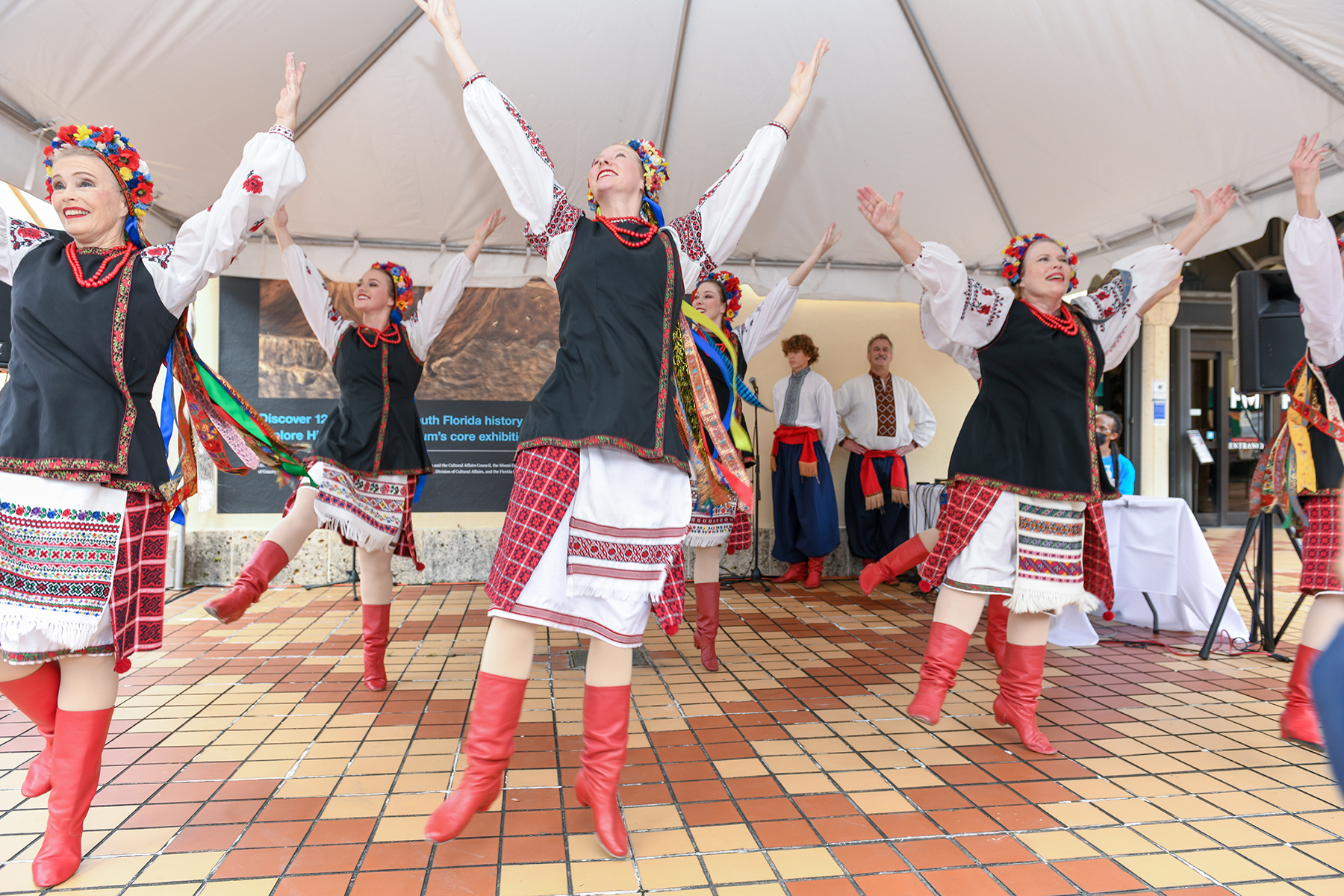 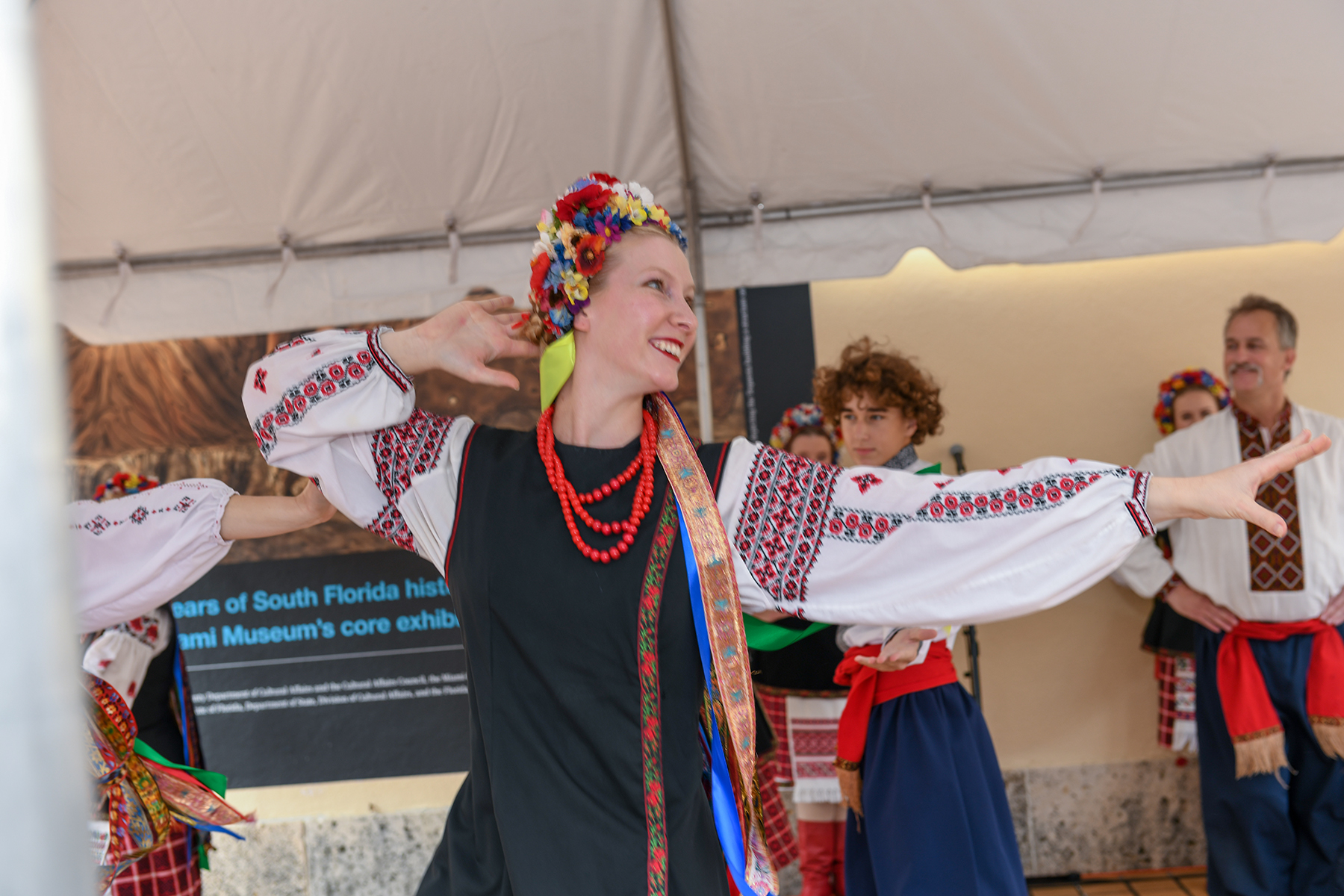 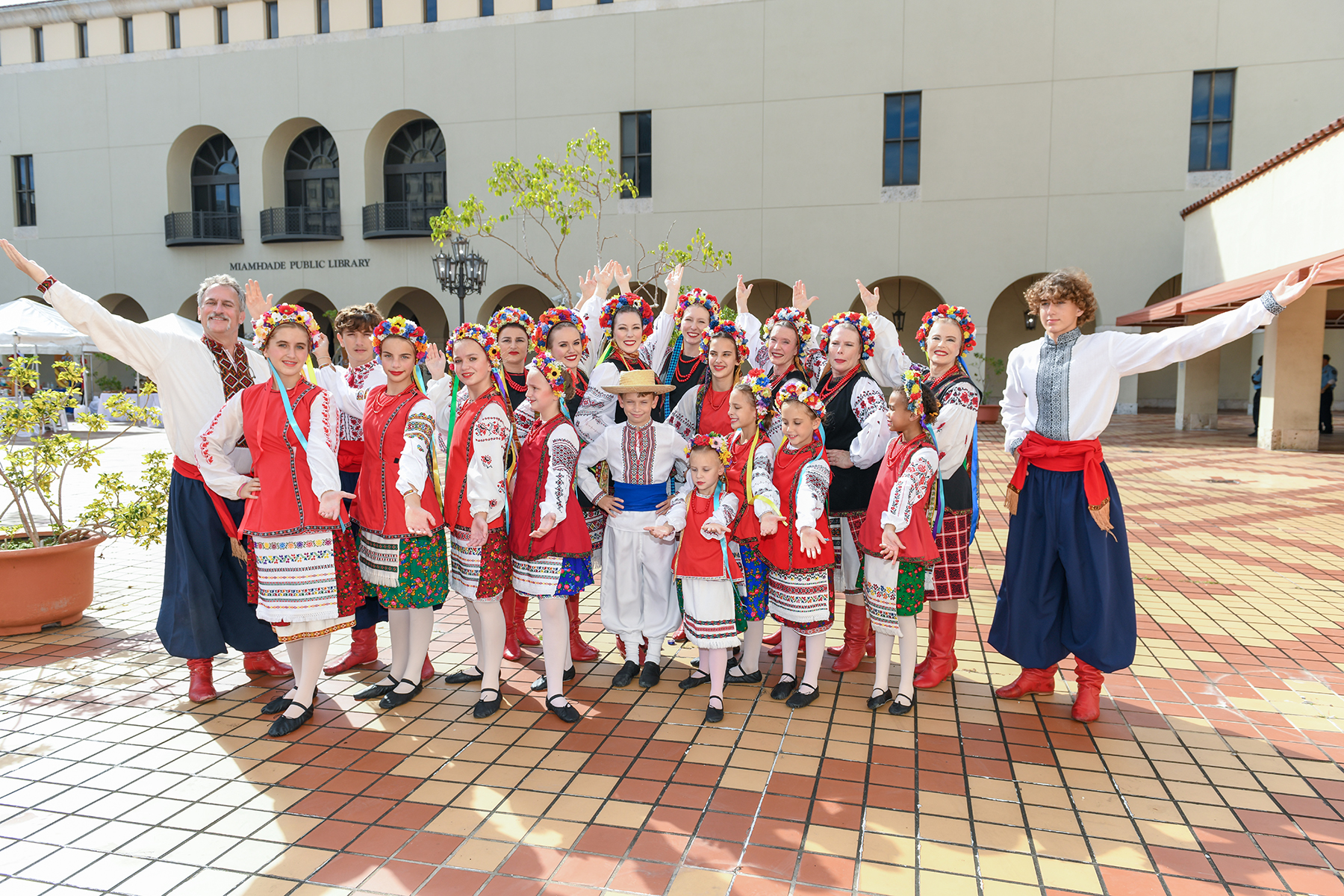 Learn more about the Ukrainian Dancers of Miami here

Supported by the National Endowment for the Arts