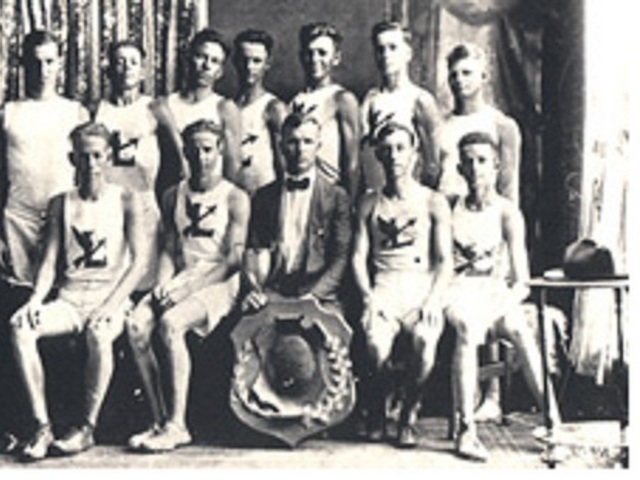 My mom and dad came to Miami around the turn of the century. The Everglades reached eastward to about where Milam Dairy Road is now located (named after the dairy that used to occupy the land).

The first half of my life was spent watching the effort to drain the Everglades. Without dry land, there would be no place for newcomers to live. Now we are trying to put the water back. When I was born, the Tamiami Trail (US 41) was still under construction. Fill for the roadway was dredged with a walking barge.

My earliest memory is of the 1926 hurricane, which devastated South Florida. The family was gathered in our house, a two-story, box-like wooden affair located at 529 NW 28 Street. We had not received a warning — we didn’t have a radio, but even with a radio, warnings were sparse.

My oldest brother (14 years older than I) was caught in the early part of the storm on Miami Beach at a beach party. He said waves were breaking over the roadway and they were almost blown into Government Cut.

During the storm cleanup, accomplished by residents, there was no looting. The National Guard was deployed with orders to shoot to kill anyone seen looting. An almost-demolished grocery store displayed a sign, “If you can’t pay, pay me later.”

We lived with various neighbors for months, until Dad could build another house – with borrowed money and voluntary labor. The other storms that followed, we tolerated them well.

For the next five years, we lived beside a rock road and had no electricity, running water, sewage, or any of the modern conveniences. There were no welfare programs or government help of any kind. Churches, Salvation Army and Red Cross did the best they could, but neighbors did more. I didn’t know we were poor, because everyone I knew had it tough. Water came from a well with a hand pump.

Dad built a small out house (privy) out back – a two holer with just enough room inside to drop your pants. Some sections of the city did not receive sewage until after World War II. I think the last privy to be removed was in Coral Gables. When the sewer was installed, it was piped underground to outlets along the shore of Biscayne Bay.

It was Sunday school and church every Sunday at Stanton Memorial Baptist on NW 2 Avenue and 29 Street, where my uncle Bill was a deacon. The church has since moved to North Miami. Buena Vista Elementary School was located just a block north. I rarely wore shoes to school, but always to church.

In the second grade I was allowed to work in the cafeteria and earn a free lunch. I must have been about ten years old the first time Dad took me to see the Olympia Theater. I can still visualize the rounded ceiling with twinkling stars and variety shows. The famous, buxom Mae West always drew large crowds.

There were many fishing trips down to the Keys. US 1 ended at Lower Matecumbe and the railroad continued on to Key West. There was a ferry if you wanted to take your car. When a hurricane destroyed the tracks, US 1 was extended along the same route, using some of the railroads supports. The road was narrow and rough, and we had a ball, bumping along on the back of a flat-bed truck. Wild lime trees grew on most of the larger islands, and some of the residents grew rock melons.

In my adult life I have never seen another rock melon. They looked something like a cantaloupe, but tasted better.

My schooling after elementary school was Robert E. Lee Junior High, just a few blocks from home. Like most teenagers in the ninth grade, I went a little bit crazy, skipping school so much it made passing unthinkable. I quit school and suffered a failed attempt to join the Marine Corps. I lied about my age, got a chauffeur’s driver’s license, and a job driving a delivery truck for Biscayne Chemical Co., located on Miami Avenue and NW 37 Street.

Seared into my mind is the memory of delivering, with no help, 50-gallon drums of chemicals to businesses on Flagler Street in the heart of Miami. After that work experience I was more than ready to return to school. Miami Edison High was six miles away. There were only three high schools. Transportation was provided by Mama, neighbors, or hitchhiking.

Miami Edison High consistently had the best football team in the state, sometimes the best in the nation. There was no age limit for football players until about 1938. When I graduated, the age limit was 20. Every Thanksgiving Day, Edison and Miami High played in the Orange Bowl. The game was always sold out, a feat the small University of Miami was never able to duplicate. Betting was widespread.

I graduated in midterm 1940, after flunking English twice. By the fall of that year I had learned the rudiments of welding and was hired by Eastern Airlines as a cleaner.