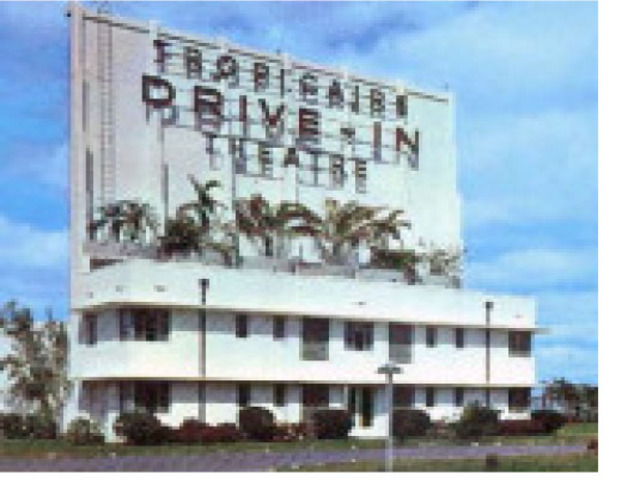 My Miami experience began in 1958 when we moved from Tampa, which was considered the big city, compared to Miami. Miami was the small town and just a place for tourists to visit, where Tampa, old and established, had it all.

In November 1958, we loaded up the ubiquitous ’57 Chevy station wagon and headed south to Miami down U.S. 41, the Tamiami Trail.

We rented a home in the Westwood Lakes area of southwest Miami while searching for a new home in southwest Dade, where my father’s job was located. Travel was not an easy affair, since the Palmetto (826) Expressway had not been built and all other roads were two lanes in all directions. Any trips north, south, east, or west always seemed to take a full day so we planned accordingly.

In the fall of 1959, my mother found our new home in the Builder Estates development located between Coral Way and Bird Road. These lots were barren, no trees and maybe no grass – sod was only available for additional dollars, and of course there was no air conditioning.

Our home was so close to Tropical Park race track, we could hear the horse races. For Saturday night entertainment, we would go to a drive-in movie at one of the two drive-ins located close by, Coral Way or Tropicaire. As with the rest of the country, drive-in theatres are now just in the history books.

There were no shopping malls close by, so shopping meant traveling down Bird Road or to Coral Gables. The closest, Red Bird Center, was located at the corner of Red and Bird roads. Grocery stores also were different. I remember Grand Union, Kwik Chek (Winn Dixie) and Stevens Market.

In June 1961, the Palmetto Expressway opened with much fanfare. I recall that to prepare the right of way for this road, houses at the end of our street were jacked up and hauled away on trailers to their new location. Before it opened to traffic, it was a great place to race our bikes and to play. After it opened, travel to other parts of the county was much easier. On Saturdays, my father and mother would pack us into the car and go on an adventure to explore parts of the county that, at that time, were completely undeveloped. Many trips took us to areas along Old Cutler Road and then to dirt roads to the bay; no homes were there and it was open to all. We would fish or look for things that had fallen off freighters making their way either to Miami or to some other far-off place.

Other trips took us way out to the one-lane Kendall Drive, where we would pick vegetables or fruit. In that same year, we began to hear of a proposed mall that was to be built on the property border by Kendall Drive and the new Palmetto Expressway. Everyone thought the developers were crazy, as this was out in the boondocks. In 1962, Dadeland Mall opened as an open-air mall with the seahorse fountain at the center and a grocery store. Business, as expected, was terrible given the far-out location, and many stores closed in the first few years.

My brother, sister and I attended public schools: Emerson, West Miami, Southwest and Miami-Dade Junior College. Because of the large population shifts into the south part of the county, many additional schools were being built, it seemed on every corner. No longer were the high schools few and far between. Soon, Coral Park, Killian and South Miami were built to relieve Southwest and Gables.

Another important piece of “history” was the Dade County Science Fair. Back in the early years, it really wasn’t a fair; it was where students presented incredible projects they had built. The Youth Fair part came later. The Science Fair originally was located at Dinner Key in Coconut Grove. Due to its popularity and the traffic problems, it was moved to its current location on Coral Way.

The old Pier 5 downtown was for our Sunday excursions and to see the fish that were being caught right off our door step. Today, those old piers have been replaced with offices or condominiums.

The places that used to seem so far away, such as Cutler Ridge, I now call home. My family lives in the Lakes by the Bay community, and we were there when Hurricane Andrew hit. Andrew was not like any storm we had ever experienced. Our house, with us inside, was basically destroyed around us. If it weren’t for the downstairs bath located under the stairs, we (four of us, two dogs, bird and hamster) most likely would have been injured, or worse. Andrew took everything, but we rebuilt and stayed in the Cutler Ridge area.

My first job was with Richards in 1971 at the Midway Mall, now called Mall of the Americas. After a while, I was promoted and spent some years in the downtown Miami store, which was a classic in both architecture and layout. Before my time, it had a second floor tea room that opened to the first floor. The other interesting feature was the basement store, which was actually a basement.

I am now semi-retired from the public schools, and I am enjoying my family. The memories of the old Miami will always stay with me and I like to share them with my friends and others about the way it was. They are memories of my childhood that I will always treasure.