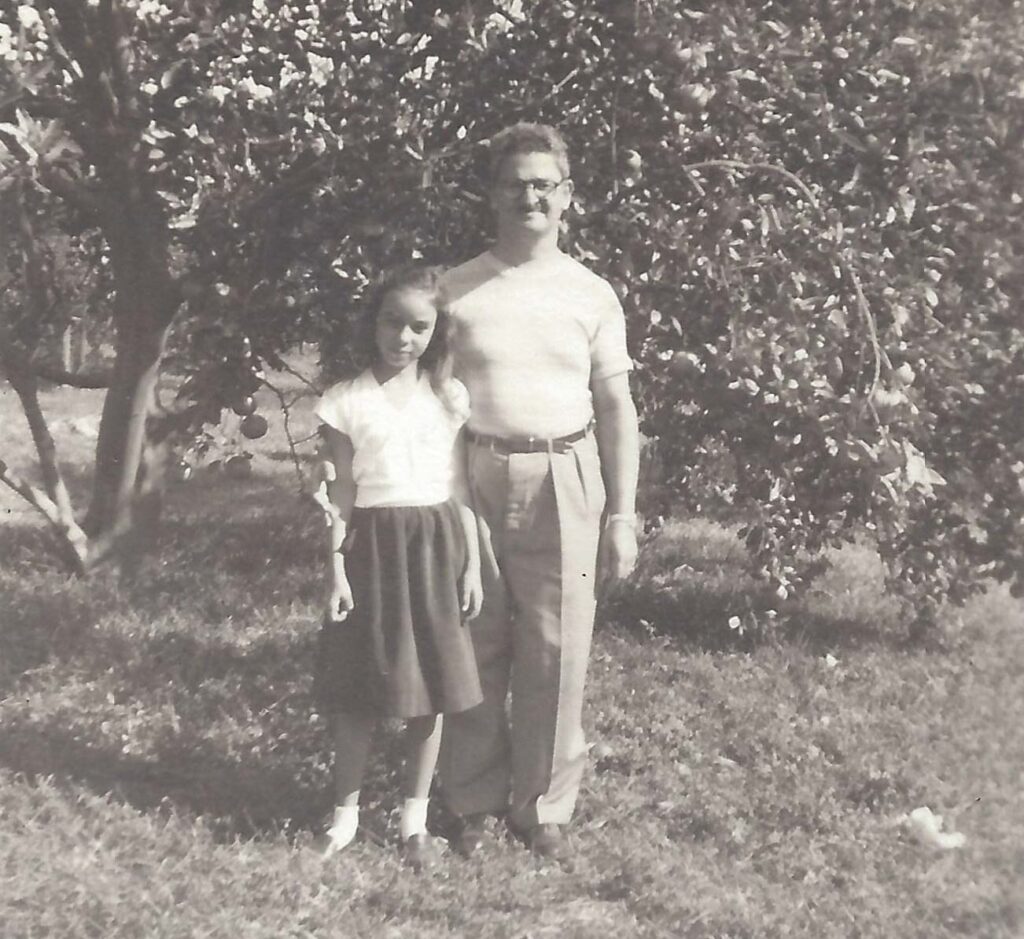 My earliest memories of Miami date back to December of 1944 when I was 4.

We were all bundled in heavy winter clothing and shivering in sub-zero temperatures when we left Toronto under a blanket of crusty gray snow and headed south.

On the first day, as we crossed the border at Buffalo, N.Y., the roads were icy and visibility was poor. Finally, after three-and-a-half days of driving, we arrived at the Florida state line. We all cheered as my father pulled into the welcome station, where we sampled fresh-squeezed orange and grapefruit juice.

How wonderful it felt to get out of the car, stretch my legs and feel the warmth of the glorious Florida sunshine on my bare skin. The sky was a clear brilliant blue, and we were surrounded by verdant greenery. Hibiscus shrubs were bejeweled with blossoms in vibrant shades of red, yellow, pink and white. After the drabness of Toronto, it felt like I had walked into a Technicolor movie.

After 30 hours of driving, we had arrived at our winter home. It was not Miami or the Hollywood where they made movies, but we did have orange and grapefruit trees in the backyard. That winter was the first of many delightful winters our family would spend together in Florida.

I have many fond childhood memories of those times, but most memorable were the things I experienced for the first time, like swimming in the ocean at the beach in Hollywood, being stung by a jellyfish, visiting the orange groves with my dad, and seeing the bridge rise up over the Intracoastal Waterway. Dad would hold my hand as boats passed by, and we could see the Hollywood Beach Hotel, which was being used to house U.S. troops during the war.

When Dad went back to Toronto to check on his business, mother and I would go for long drives in her creamy yellow Chevy convertible. We’d stop on Harding Avenue for lunch and check out the small shops, then head south again to Miami Beach and Lincoln Road. Our favorite place for dinner was Wolfie’s. Often we stopped at Haulover Beach to watch the colorful kites soaring near the old marina.

Even after my parents sold the house on Hollywood Boulevard, we always wintered in Florida until 1953. By that time, I was too involved with my education and music lessons to be away for long periods of time.

It was only natural that after I married, I wanted my husband, Bob, to see Florida and experience the joy that I remembered so vividly. Bob and I made our first motor trip to Florida in 1963, and we stayed at the Colonial Inn in North Miami.

My husband fell in love with Miami just as I had, and we had a wonderful vacation. Bob loves swimming and enjoys basking in the sun. He also loves to eat, and Rascal House became his shrine. For breakfast, we gorged on the tiny prune Danishes; and for lunch, a succulent, hot pastrami sandwich on rye. The desserts were divine, but the tasty little black bread rolls and salt sticks were like candy. You could rarely walk into Rascal House without standing in line, but that was part of the charm. Sadly, it no longer exists, and in its place is The Epicure, an upscale gourmet market and café.

In 1974, during a business trip to Miami, my dad happened to meet an old friend on the plane who talked him into seeing an apartment he was selling in a new development called Coronado, in what was then North Miami, now Aventura. Dad was so taken with the view of Turnberry Isle Golf and Country Club, the Intracoastal and the beach that in his excitement he bought the apartment before my mother had a chance to see it.

Even though Bob and I had demanding careers – he was in structural steel and I was a piano teacher – and we were raising two daughters, Melissa and Stacey, we managed to come to Florida whenever time allowed, especially after my parents, Lillian and James Betesh, became snowbirds.

There is no doubt in my mind that living in Miami not only enhanced, but extended, their lives. My parents spent almost 20 happy years at Coronado. They enjoyed an active social life and made many new friends. They took up tennis in their late 60s, and my mother played well into her 80s, winning local tournaments. My father lived to be 83, and my mother continued to live at Coronado until she was 89.

I spent many enjoyable times with my parents and our family visited often, so it was natural that after my mother passed away at age 91, we became the second generation to live at Coronado.

The famous restaurants like Wolfie’s at Lincoln Road, The Rascal House, Pumpernick’s, Martha’s on the Intracoastal, Grey’s Inn, and Martha Rae’s Five O’clock Club are gone, and the once grand hotels of the 1940s, ’50s and ’60s, like The San Souci, The Saxony and The Roney Plaza have long passed their heyday.

Since Miami is only three hours away from Toronto by plane, our children can visit often. Bob and I take advantage of the live theater, concerts, comedy clubs and fabulous restaurants. We both feel very fortunate to live here.

This is truly paradise.