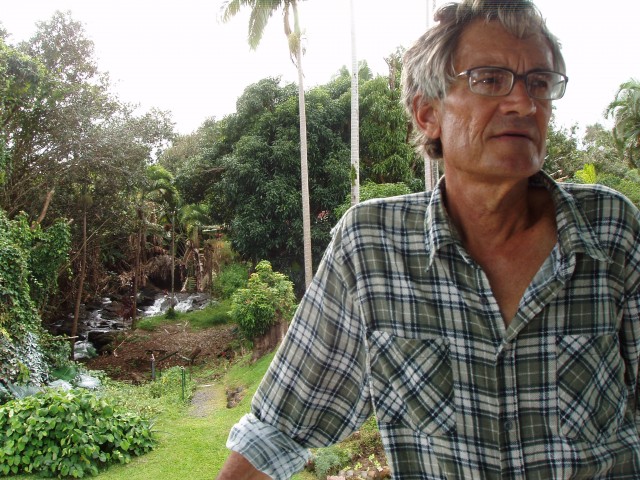 The question, “Who will remember?,” comes to mind when I think of the fragments of Miami history that never made it to the popular prose about my hometown, our “city of dreams.” Who will remember these times, these people, from decades before digital news and social media? Here is my short epitaph to some of those long gone.

The city of Miami Police Department in the 1940s and ’50s was the focus of stories my father told me of his many exciting cases as a uniformed officer and later, detective. The Miami Herald and Daily News followed some officers’ careers surprisingly closely in those days, when the police force was still relatively small. All the stories I heard growing up were verified when I received hard copies of news stories many years ago, thanks to a Herald archivist. Stories my young mind had made mythical turned out all to be true.

Those fascinating times my father spoke of included recovering stolen cars, and investigating Voodoo cult activity and the Ku Klux Klan. Most of his career was in the auto-theft bureau, but this focus led him and his various partners to bank robbers, murderers, and domestic abuse on the dark side, and to lighter duties like finding lost children and catching escaped monkeys!

My father was Charles M. Johnston, Charlie. His career as a Miami policeman began in 1944 and was summed up in 1963 by Chief of Police Walter Headley, who wrote, “He compiled an outstanding record which will probably never be equaled in the recovery of stolen automobiles and the apprehension of felons… His service record is filled with commendations from Federal Bureau of Investigation, State Attorney, and grateful citizens.” By then my father had well earned his sobriquet — Eagle Eye.

One of the most celebrated cases that my father “solved” was that of Cleveland bank robber John Wesley Hux, who on Jan. 11, 1950, robbed $35,000 (over $348,000 in 2016 money) from Cleveland Superior Savings. The FBI traced his movements south for 50 days, ending in Miami where agents asked assistance from Miami Police. Within five hours of that request, my father saw a car with license plates matching Hux’s parked at The Turf Club on Northwest Seventh Avenue and 79th Street. He and his partner, John Resick, blocked the car in, drew their guns, and arrested Hux as he exited the club. Hux had a loaded .38. Remarkably, Detective Resick recognized Hux as a classmate from a Cleveland High School they had both attended. Much of the bank money had already been lost, as Hux had bet heavily and lost at the Hialeah race track and The Bahamas, a gambling club at 3890 Northwest 36th St.

The Ku Klux Klan was active in Miami in the late 1940s when they “invited” Herald reporters to a meeting and promptly assaulted them and stole a camera, all in retaliation for honest reporting that the KKK felt was damaging to its public image. The ruckus, as reported in an article by Jack Anderson (not the syndicated Jack) in The Miami Herald, happened at the John B. Gordon Klan No. 5 Woodman of the World Hall at 2800 Bird Ave. My father was first to arrive as part of a police riot squad. He and his partner, Patrolman P. Lipscomb, confronted the Klansman, rescued the reporters, and recovered the camera. Anderson wrote eloquently in the Herald story, ironically comparing the Klan’s “hooded bigotry” and burning cross invitation card to the contrasting Red Cross, “a service which renders help and first aid to humanity without regard to race, creed, or color.”

There is also the story of an 11-year-old boy my father found huddled in a pasteboard box at West Flagler and 23rd Street. He’d gotten lost during a house-hunting trip with his parents. My father tracked the parents down before they even noticed that their son wasn’t in the car with them.

My parents had a social life focused on police friendships, and my Mom had worked the police microphone at the Division of Communications for the city of Miami, so it was not uncommon to have families of other officers at our house on Southwest 118th Street. This was a great source for hearing stories I still recall, like a Twitter feed of Miami crime stories and city politics. All those memories and more came alive when I was given a photocopy archive of news stories from the Herald’s basement many years ago. Who had saved just these stories in a manila file, all about just one officer? Who had diligently gone through and circled just my father’s name in each story? It’s doubtful we’ll ever know, but this was the template that preserves this small history, with my gratitude to the Knights of the Fourth Estate. There are so many stories it is hard to count– long and short, all about these early days of police work in a Miami that no longer exists. I hope this short essay will allow others to remember.