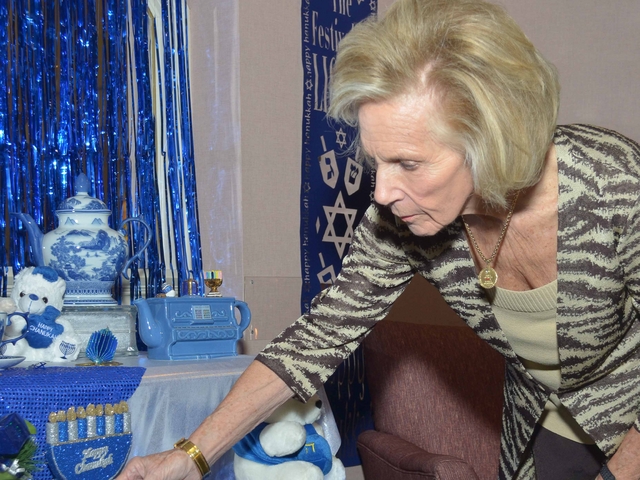 When I was in college, I made a vow: I would NEVER move back to the Catskills and I was NEVER going into the hotel business. I also learned an important lesson: Never say never!

As luck would have it, I married my high school sweetheart David Etess, an internist, who decided that the Catskills was the perfect place to set up his private practice. Of course, the fact that his parents and mine were nearby was a major factor in the decision.

I had grown up in the Catskills, daughter of the famous hotelier, Jennie Grossinger. My grandparents, Selig and Malke, had left New York City’s Lower Eastside in the 1920s when my grandfather became ill. His choice was to relocate to Connecticut and grow tobacco or live in Sullivan County, New York, as a farmer. He chose the agricultural route, but the land was not fertile.

Thankfully, my grandmother was a fabulous cook and they decided to take in boarders. Their business was so successful that, by the second summer, they needed to pitch two additional tents in order to house all the guests. The Grossinger’s Catskills Resort Hotel was officially off to a promising start with my parents and grandparents as partners.

It has been said that our hotel, one of the many famous family-style resorts that dotted the Catskills’ landscape, was the inspiration for “Kellerman’s Mountain Resort” featured in the 1987 movie Dirty Dancing. There also are claims that we were the first to use artificial snow for the ski slope, create a day camp, host a singles weekend and promote future stars such as Eddie Fisher and Freddie Roman.

As proud as I was of our family’s fame and success, I decided I was not going to work there. As a teen, I had worked the front desk as a key girl, helped out in the golf club and ran the switchboard (my favorite). My plan was to be a typical doctor’s wife and join the garden club while staying home with our children.

The problem was that I was bored. I asked my brother Paul, general manager at the hotel, for a task. The task became a job and by the time Grossinger’s closed in 1985, I was executive vice-president of the hotel and secretary- treasurer of the American Hotel and Motel Association (en route to becoming its first woman president).

In the meantime, my husband and I already had established ties in South Florida. In the 1940s, the Grossinger family had built a hotel on 17 Street and Collins Avenue. The army took it over for rest and recreation and then returned the property to us. We sold it and opened the Grossinger Pancoast where the historic Seville Hotel on Miami Beach is now located. But my brother had young school-age children and was finding it difficult to commute, so we gave up the notion of a southern branch.

I never gave up my Florida connection. In fact, our first vacation home was located in International Village at Inverrary, near Forest Trace, the resort retirement community where I now serve as director of hospitality. When my husband could no longer handle the bitter cold New York weather, we bought a condo in Highland Beach where he spent the winter while I commuted to the Catskills. When I retired, we bought a home in Boca Raton so we could be close to our many friends who had relocated to South Florida.

I am a country girl by nature, but I do love the sights and sounds of the big city. That’s why I love South Florida. We can enjoy the amenities of a small town at our local bank, dry cleaner and restaurants where everyone knows your name. But we also have the advantages of a big city with plenty of cultural activities and numerous universities.

I also love the national and international mix of people that is a signature feature of the South Florida melting pot. It reminds me of the hotel where we attracted guests from everywhere, and from every walk of life. Did I mention that First Lady Eleanor Roosevelt used to serve pickled herring from the Grossinger kitchen?

Once we moved to Florida, I vowed I was never going to work again, until I was asked to serve as director of hospitality at Forest Trace. The resort retirement community, which opened in 1990, was seeking to duplicate the high standards that made Grossinger’s a success – lavish food, top-notch entertainment and wonderful amenities. I was so taken with the community and with Stanley Rosenthal, who still manages the property, that I came out of retirement and have been part of the team ever since.

Florida in the 1980s was good. Florida in my eighties is NEVER better.