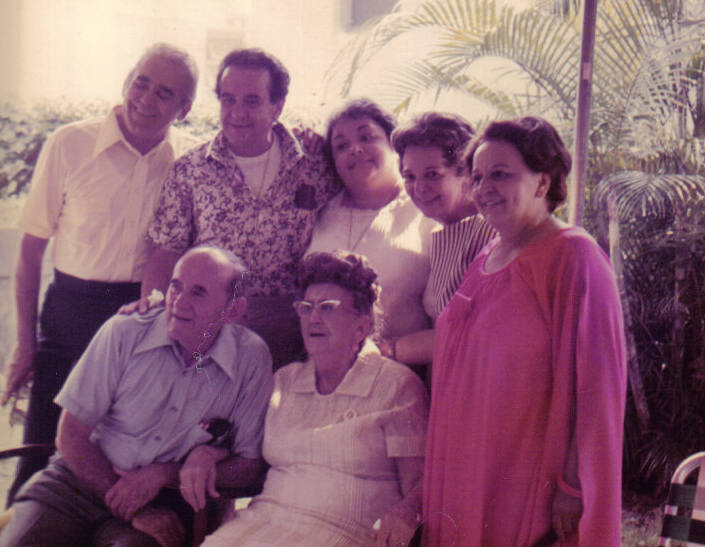 My mother and I left Cuba on April 12, 1962, and arrived in Miami. We were processed as refugees, given coats, ate at Royal Castle and spent the night at a downtown hotel. The next day, we flew to St. Louis, Mo., on a one-way ticket.

My sister had been living in St. Louis with relatives for a year. She moved to the States after being spotted by Cuban security (G2) while she passed out literature on religion. My mother sent her to New York on a tourist visa. There, she stayed with an aunt for a short time. At the age of 15, she left Brooklyn and headed to St. Louis to stay with more relatives until my mother and I arrived a year later.

She worked at Ralston Purina and gave my mother her check so we could have a halfway decent life. I lived with my aunt, grandmother, sister and mother in a two-bedroom house, with the dining room converted into an additional room.

My father always believed that each year to follow would end the revolution, and things would return to normal. Once he realized that year was not going to happen, he tried to row his way to Florida.

While doing so he was apprehended by the Cuban Coast Guard. After several years, I was able to claim my father and he was given permission to leave Cuba on Jan. 6, 1966, and he joined our family in St. Louis.

My sister stayed in St. Louis for seven years; my mother and I, four; and my father, six months.

My first school in Miami was Southside Elementary on Coral Way and South Miami Avenue, where I had the most impressive teacher and the only one I remember to this day, 45 years later: Mr. Frank Buggs.

He was a young black man teaching in an all-white/Hispanic community in the mid-1960s and surmounted most obstacles that came his way. I hope he’s reading this now and enjoys knowing that I remember him.

He took us to the Miami Seaquarium, the first field trip that I had ever been on, and Flipper performed for us. There was a monorail that took us around the park, above the sharks and manta rays, and it was very impressive to a 12-year-old. One Saturday, a group of us, without the teacher, took a bus on Biscayne Boulevard that took us to the “Saturday Hop” with Rick Shaw, which aired on Channel 10 every Saturday.

As time went by, some relatives moved to Miami, and soon more and more moved to the area. Eventually we reached a point where we could celebrate a family meal with most of the family. Our weekend family outings consisted of going to Hialeah for pizza on Sundays or the beach for the day, packing enough food for a week and parking under cover at the old dog track on South Beach. Occasionally, we would go to Crandon Park and visit the animals at the zoo or skate in the rink.

After being here a while, we ventured out to Dania Beach, where there was an amusement park called Pirate’s World, or we would drive to Marco Island and come back the same day. Parrot Jungle was a must for all of visiting relatives trying to decide about the big move south.

I worked at the downtown Burdines while attending Miami Senior High School. I later graduated from Miami Dade College and went to work for large corporations in management. While working, I traveled to 26 different countries and over 120 cities throughout the world. While I never married, I have one daughter who enjoyed going to St. Michael’s Catholic School and attending The Boys & Girls Club of Miami.

She graduated from Coral Gables High School and is now attending Miami Dade College. She dreams of moving to New York City. If her dreams come true, after a couple of winters, I believe she’ll be right back here where it’s warm all year round.

My parents both passed away in the same year, 1989, along with all of their siblings except for my aunt in Brooklyn, who is now in her 80s.

My two nieces and two nephews all grew up in Coral Gables and became successful individuals: One niece received a doctorate in math and is at the University of Miami, and the other is a salon owner and hair stylist in San Francisco. My older nephew has been living in Mississippi for over 18 years and is a successful contractor. My younger nephew became an Eagle Scout, received his bachelor’s in education and later moved to Denver.