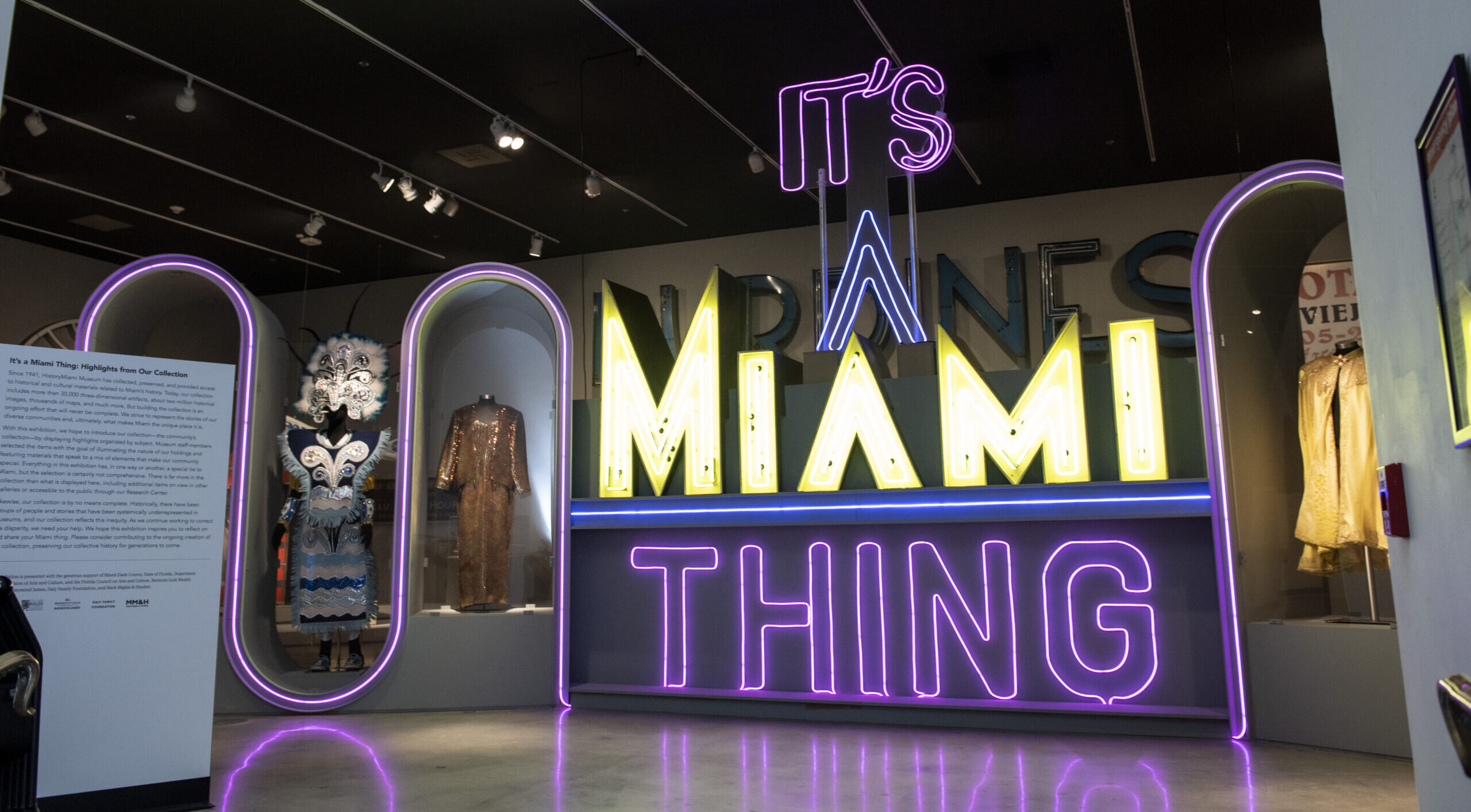 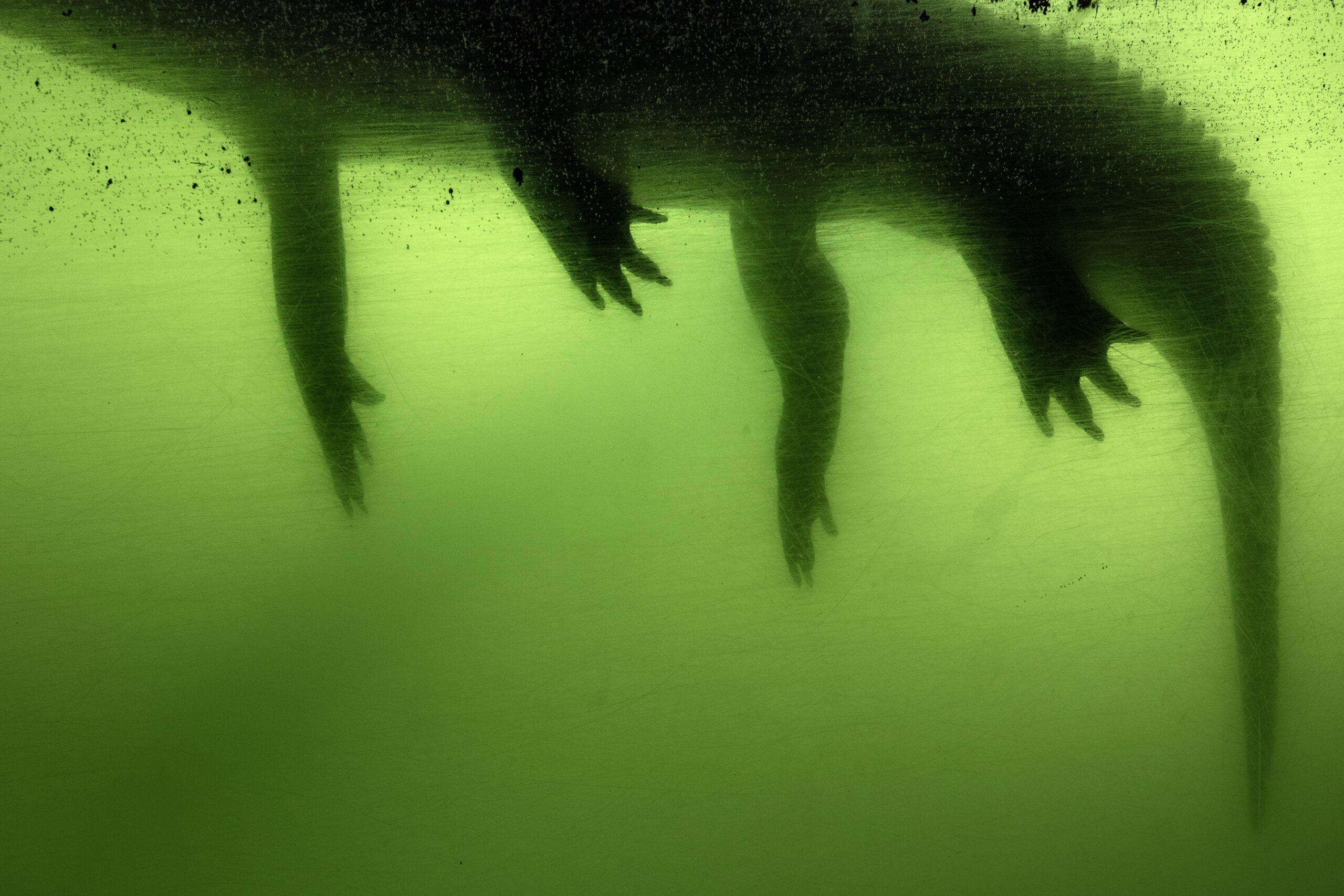 FloodZone is an exhibition of an expansive and ongoing photographic series by Anastasia Samoylova, responding to the environmental changes in coastal cities of South Florida. By playing self-consciously with the familiar motifs and palette of the region, the photographs work as complex allegories. There are aerial photographs of the saturated topography; portraits of locals; and close-up observations of buildings, flora, and fauna. Samoylova’s images provide a broad yet acute perspective on what it feels like to live in at-risk areas while economic forces instill a sense of denial and disavowal.

The project focuses not solely on the environmental issues of the region, but on the geography of these cities; on the ways residents and a multitude of visitors navigate the space. Despite the climatic risks, South Florida is experiencing a surge of population growth. The concrete jungle continues to extend and replace the mangrove forests, wetlands, and farms. Hybrid images—halfway between observational portraits and cityscapes—ask viewers to consider how the economics of urban development affect human lives and behavior.

FloodZone, the exhibition, is conceived as an installation of 46 images printed on a variety of materials. While working as emphatic individual images, the arrangement and sightlines create a nuanced spatial collage of tensions and resonances.

Also on display is a companion exhibition of historical storm- and flooding-related images from HistoryMiami’s Photography Collection Highlights gallery adjacent to FloodZone.

This exhibition is presented with the generous support of Susannah and John Shubin, Sheryl F. Gold, and Touzet Studio.

It’s a Miami Thing: Highlights from Our Collection

In celebration of the City of Miami’s 125th birthday, we invite you to explore highlights from the museum’s vast collection of artifacts and archival materials. Over the decades, the museum has collaborated with the community to collect, preserve, and share local history, in particular objects that document the uniqueness of our city. It’s a Miami Thing will display hundreds of items including unearthed Tequesta artifacts from 800 A.D., Seminole patchwork clothing, prints from naturalist John James Audubon’s Birds of America, treasure salvaged from the 1622 Nuestra Señora de Atocha shipwreck, discovered 35 years ago off the coast of the Florida Keys, and a cape from famed astrologer Walter Mercado.

The exhibition is presented with the generous support of Miami Dade County, State of Florida, Department of State, Division of Arts and Culture and the Florida Council on Arts and Culture, Bermont Gold Wealth Advisory of Raymond James, Daly Family Foundation, and Mark Migdal & Hayden.

Muhammad Ali in Miami: Training for the “Fight of the Century”

Muhammad Ali versus Joe Frazier was billed as the “Fight of the Century” and, in preparation for the March 8, 1971 bout, Ali spent time in Miami Beach training at the famed 5th Street Gym. One-of-a-kind photos chronicling his preparations is now on display at HistoryMiami Museum in a new exhibition titled Muhammad Ali in Miami: Training for the “Fight of the Century.” The images will be displayed through August 29 within a new photography gallery dedicated to exhibiting selections from the museum’s extensive image collection.

With the support of the Knight Foundation, HistoryMiami Museum recently acquired the “ALI/MIA” portfolio of 20 silver gelatin photographs selected and handmade by photographer and Miami resident Andrew Kaufman. Seventeen of the images document Ali’s time training for the fight. Three additional images taken in 1981 capture Ali’s final fight, “Drama in Bahama,” against Trevor Berbick. The photographs were taken by Pulitzer Prize-winning photographer Larry Spitzer and Jebb Harris of the Louisville’s Courier-Journal, who covered the Kentucky native for more than a decade. Kaufman’s portfolio is a portion of the work featured in the book Picture: Muhammad Ali, published by PSG.

“These photos captured a historic moment for Ali. He was just returning to boxing after his conviction for refusing to register for the draft in 1967 had been overturned,” HistoryMiami Museum Executive Director Jorge Zamanillo said. “These photos show him preparing to return to the biggest stage in sports at that time, and we hope everyone will visit the museum to view an incredible and rarely seen collection of images.”

“ALI/MIA” will launch a new gallery space dedicated to exhibiting highlights from the museum’s collection of more than two million historical images. Selections will be displayed on a rotating basis. The institution’s image collection documents South Florida history from the late 1800s to the present. Notable strengths include photojournalism, aerial photography, street scenes, architectural photography, and images of everyday life.

“We want to make sure the incredible photography that lives in our collection is widely accessible, so we created a special space to help us share it with the community,” said Michael Knoll, the museum’s director of curatorial affairs/chief curator. “We’re proud to open this new gallery by featuring ‘ALI/MIA,’ and we look forward to presenting more highlights from our collection within this space in the years to come.”

In partnership with Iris PhotoCollective, HistoryMiami Museum presents Urban Tranquility: Photographs by C.W. Griffin. The exhibition, featuring the work of C.W. Griffin and curated by Carl Juste, is the exploration of a one-block area of downtown Miami surrounding Government Center, an area that provides both graphic and visual movement and a sense of serenity in the busy urban core.

“Miami is unique as a metropolitan city. Even more unique is its tranquil essence felt at its busy urban core. When you go to cities like New York you feel the hustle and bustle. But you don’t feel that in Miami,” Iris PhotoCollective photographer C.W. Griffin said. “There is a sense of calm in our streets. In our downtown you can be relaxed.”

Griffin started capturing the serenity of downtown two years ago and now a curated selection of images from his photo essay will be displayed on the HistoryMiami plaza, which is also a subject of some of his photographs.

“The HistoryMiami plaza is one of the very few spaces of the people. It is quiet and vast and has a calm to it. You feel safe,” curator Carl Juste said. “For me, that place is the town square. Everyone can claim that space.”

“We are looking forward to sharing this work with the community. We are honored to work with both C.W. Griffin and Carl Juste,” HistoryMiami Museum Executive Director Jorge Zamanillo said.  “Griffin captures the tranquility of downtown through his lens, while Juste curates the exhibition so that everyone sees themselves in it. You will leave the exhibition inspired to capture your own photos of the area.”

C.W. Griffin is a photographer working in Miami. He has taught at the University of Miami for many years and was a staff photographer at the Miami Herald for 31 years. Griffin is the recipient of numerous awards, and while serving in the military was the first African American photographer to be named Military Photographer of the Year for all branches worldwide. His work has appeared in numerous books and magazines such as National Geographic, Smithsonian, and Time. Griffin was represented in the book and exhibit Contemporary Black Photographers, and his work has appeared in numerous volumes of the coveted ‘Day in The Life’ series. His work has also been a part of many major photography exhibits in galleries such as the Brooklyn Museum of Art, The Corcoran Gallery of Art, and HistoryMiami Museum.

Under the threat of persecution, Haitian-born Carl-Philippe Juste and his politically active family were forced to flee their homeland in 1965, eventually settling in Miami’s Haitian community. Since 1991, he has worked as a photojournalist for The Miami Herald. Juste has covered national and international stories for the Herald, including assignments in Haiti, Cuba, Pakistan, Afghanistan, and Iraq. As part of his ongoing independent work, in 1998, Juste co-founded Iris PhotoCollective. In 2016, Juste won a prestigious Knight Arts Challenge grant to complete Havana, Haiti: Two Cultures, One Community, a book and exhibit of photographs and essays about Cubans’ and Haitians’ lives and shared humanity. Havana, Haiti opened IPC Art Space in 2019 to further engage the public with the arts, and won the Oolite Arts’ “The Ellies” in 2019.

Urban Tranquility is sponsored by OPG Media | PhatAutoWraps and presented with the Museum’s Center for Photography, which is supported in part by the Funding Arts Network, the Knight Foundation and Susannah and John Shubin.

At the Crossroads: Afro-Cuban Orisha Arts in Miami 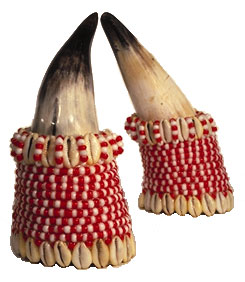 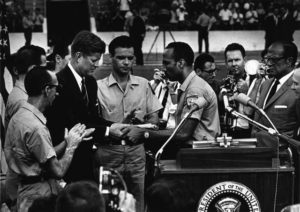 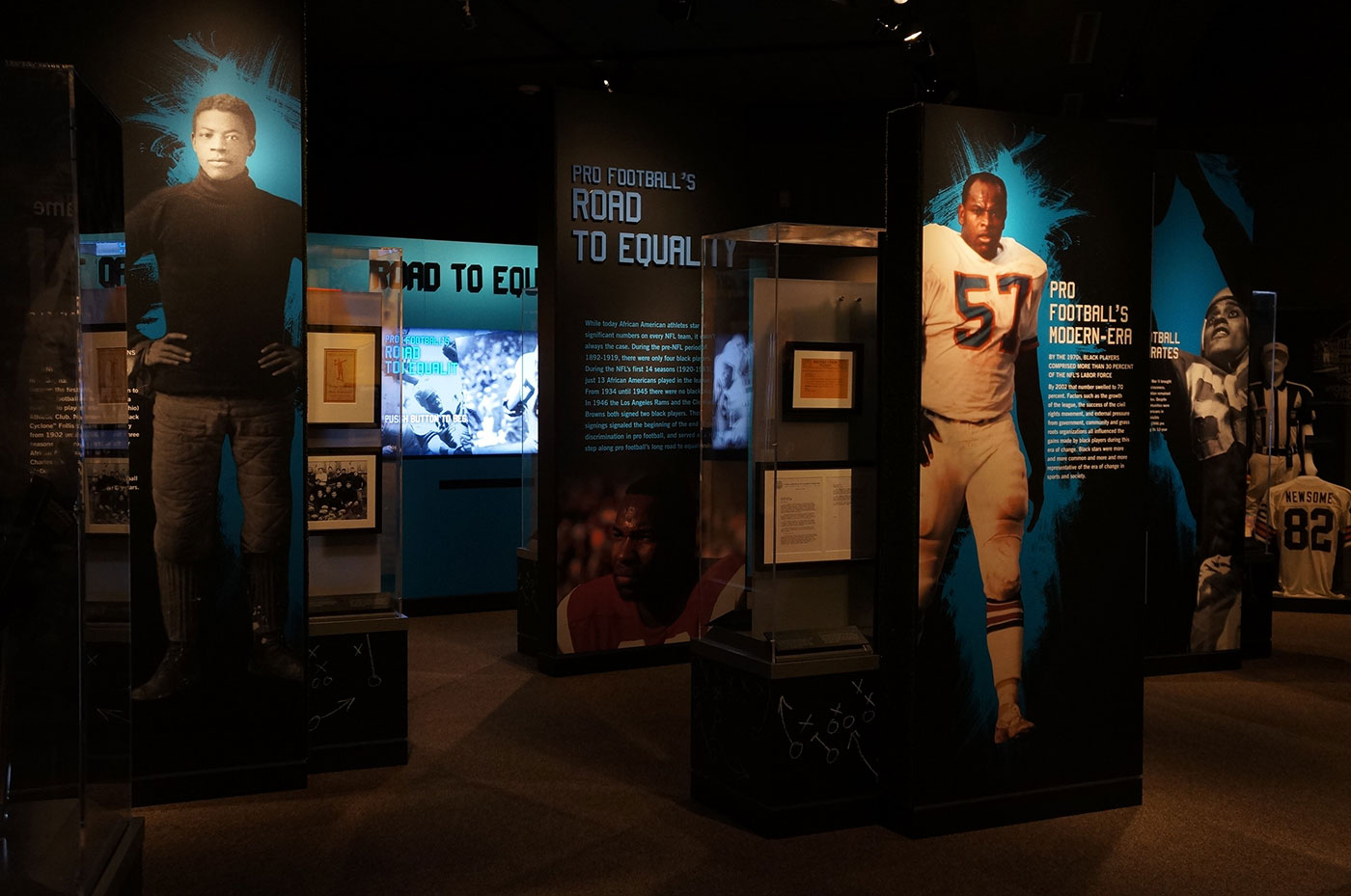