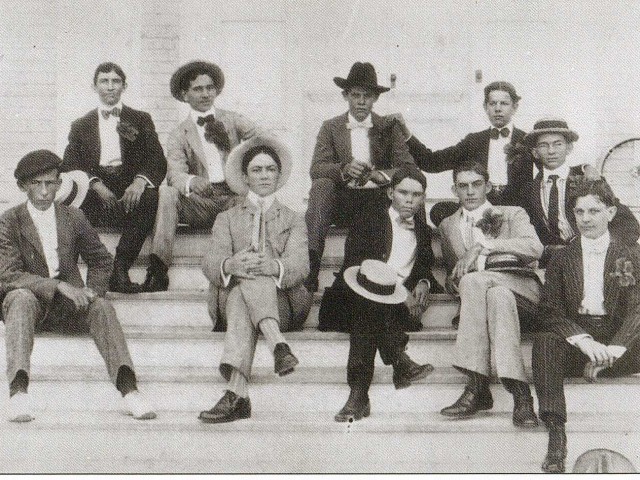 My grandfather and other family members were Miami pioneers, having arrived in 1895 from Crescent City, Florida.

My grandfather, T. N. Gautier, was one of 500 signatures needed for Miami to incorporate as a city. He was also the first school superintendent for Miami. His grocery store, Miami Groceries, was listed in the one page 1902 telephone directory as “T.N. Gautier Groceries, dial 9.”

My father, T.N. Gautier, Jr., was part of the Miami “Dirty Dozen.” I have no clue what those guys did. I do know that they were a young group of successful businessmen in Miami back in the day.

I was first introduced to Miami at my birth in Victoria Hospital many years ago. Victoria was a small 30 to 40 bed hospital on Northwest Third Street and Ninth Avenue.

My first real memory of Miami was the Labor Day hurricane of 1935. It hit without warning, as there were no TV hurricane advisories back then. I was 3 years old, but not afraid of hurricanes because I was 3 years old. My dad came home from his job at Burdines during the eye of the storm. During the lull, my family walked through a vacant lot behind our house to Flagler Street where we weathered the hurricane at fire Chief Henry Chase’s two-story concrete block house. It was a fortress against the storm. The Chase’s house was next to Fire Station #3. For me, the highlight of that day was seeing the roof of the Dempsey’s house fly off and sail away. Of course, that was not the highlight for the Dempsey family.

I attended Riverside Elementary School from first to sixth grade. Shoes were optional and many of the kids didn’t wear shoes, and I, “Shoeless Joe,” was among the many. However, I did wear shoes to church and weddings.

We lived five blocks away from Ada Merritt Junior High. It was an easy bike ride for me. Our Ada Merritt boys’ teams won the Dade County Soft Ball Championship every year for our three junior-high years.

The old Miami Orange Bowl was half a mile away from our house. My dad and I would walk there to watch the Miami Seahawks. The Seahawks were a professional franchise in the All-American League. They had an All-American running back named “Bullet” Bill Daley and a lineman named Gene Ellenson who graduated from Miami High and ended up a coach at the University of Florida. Those two men were the only redeeming players on the Seahawks team. Sadly the team eventually folded due to lack of paying fans.

My mother Claire Gautier was a soprano soloist at Trinity Methodist Church in downtown Miami. I was used to her practicing on our piano at home and took her talent for granted. But because I loved football my mother became my hero when she sang at the wedding of Army’s All-American quarterback Arnold Tucker in the mid ‘40s.

The Mackle Company, later to be known as the General Development Corporation, changed the dynamics of home building in Miami as they provided affordable housing for hundreds of families. They developed Key Biscayne and built the Key Biscayne Hotel. They also built other developments, including Ascot Park and Westwood Lakes.

My job for The Mackle Company was titled “Industrial Expeditor and General Coordinator,” which technically translated into…GOFER! When I left Mackle to answer the call of the U.S. Army, the Mackle Brothers gave me a watch that they had engraved, “Joe Good Luck Mackles.” The watch is still ticking to this day. It’s like the houses that they built — still being used.

Fast-pitch softball was another thriving sport. It was an outdoor sport and Miami being hot did not stop fans from going to various city parks to watch the games. This, of course, was before TV and air conditioners. The softball games were an evening of entertainment for people of all ages.

I pitched in all of the city parks, but the one I remember most is Moore Park. There was a man there who went to every game. His name was Scotty. He was a one-man cheering section and encourager to all the players. He knew every player’s name and called it out when they were up to bat. I could always hear him with his Scottish accent yelling out when I got to home plate, “Hit a homer, Joe!” Eventually many thousands of people in Miami welcomed air-conditioning and TVs, and didn’t go out at night to watch fast-pitch softball in the heat and hard benches. It was a gain for them and a death knell for fast-pitch softball.

In 1956, I had the privilege of being one of the coaches for Miami’s Little Major League. The team represented Miami for the Florida state championship held in St. Petersburg. We won the state title. Several on that winning team went on to be baseball stars, including Steve Hertz, who went on to play for the Houston Astros and Eric Wanderon who played baseball for Miami High and received a scholarship for both football and baseball at the University of Miami. Tommy Shannon, a pitcher for our team, got a scholarship to the University of Florida as a baseball pitcher and quarterback for the Gators.

Miami is my hometown, where I grew up and met my wife Miriam. It is where my daughter and son were born and went to school. Living in Miami taught me about living through hurricanes, traffic, hot weather and mosquitoes. Miami, to me, was a great city to grow up in.