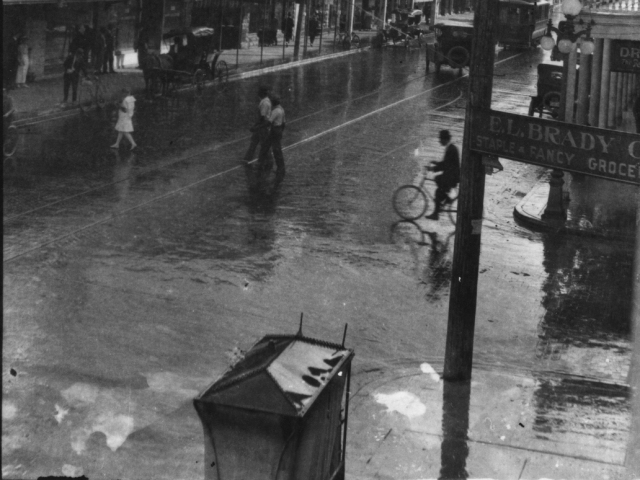 My mother hanging on to the top of a telephone pole is one of my earliest memories of South Florida. It lingers in my mind some sixty years later. Soon after we moved here from up north, a hurricane blew through. My father was away on business, so it was just my mother, my two younger sisters and me.

We were lucky to have long-time Florida residents as neighbors, so we did whatever they told us to do to prepare. We made it through the storm with little damage, but, as usual, we lost power, and telephone. The power came back on in a day or two, but the telephone didn’t.

Over the next week, everyone else on our street got their telephone service back, but ours was still out. Using a neighbor’s phone, we’d call every day, only to be told to be patient. Finally, after about ten days, I watched with amazement as my short, slim mother (I was only eleven, but already taller) shinnied up the telephone pole. Wrapping one arm around the pole in a kind of “death hug,” she used her free hand to reconnect the wires into the main line.

From her perch she sent me back into the house to make sure the telephone worked before she came back to earth. One try and she managed to get it connected. No one from the telephone company ever came.

That definitely “low-tech” repair job was accomplished many years before women would be seen wearing hard hats and working on telephone lines. My mother’s climb provided a telephone that still worked when she moved out of the house thirty years and many hurricanes later.