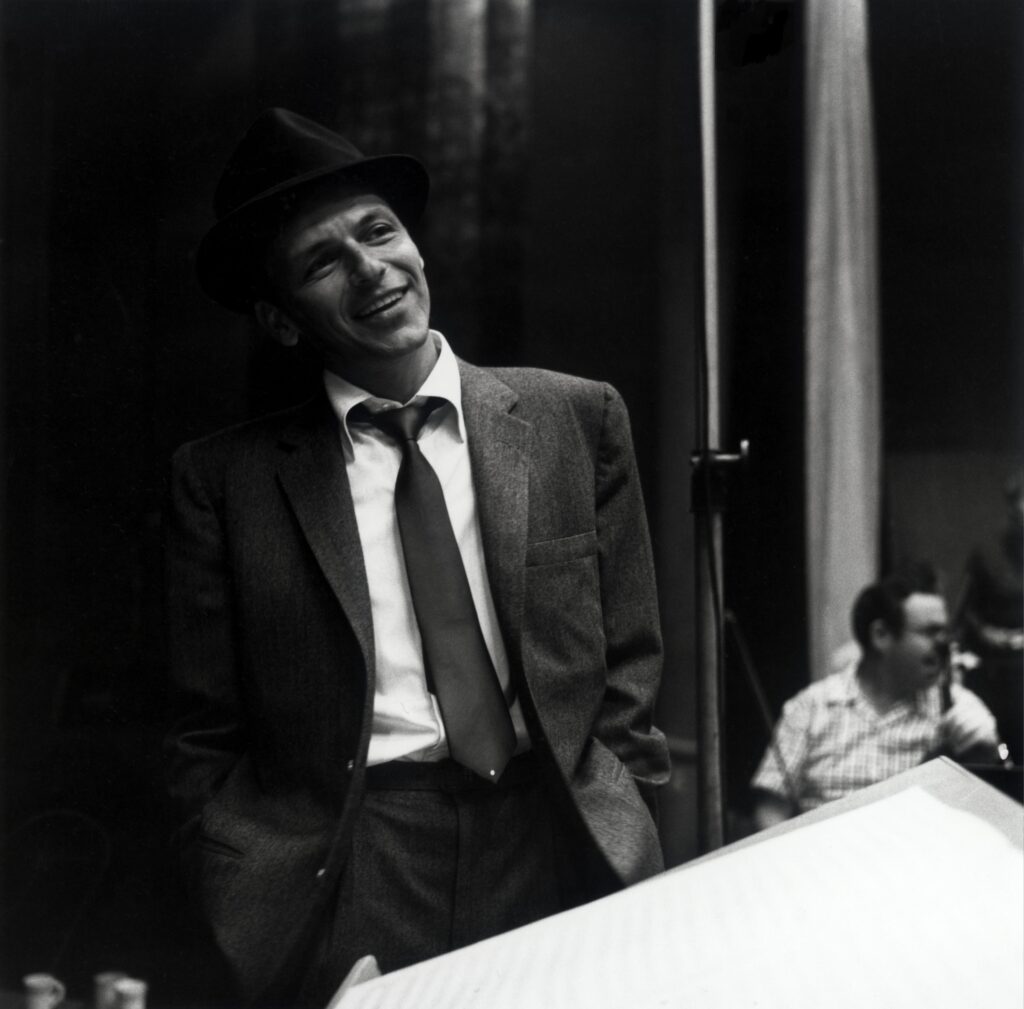 MIAMI – Following its highly acclaimed stops at the New York Public Library and the GRAMMY Museum® at L.A. LIVE, the multimedia exhibit exploring the life and career of Frank Sinatra will start its run in Miami at the HistoryMiami Museum on March 4, 2016.

As the official exhibit of the Frank Sinatra Centennial, Sinatra: An American Icon, traces 100 years of Sinatra’s legacy, from Hoboken, N.J., through superstardom, chronicling the meteoric rise of his music career, his Hollywood success, personal life, and humanitarian work.   The exhibit, presented in cooperation with the Sinatra Family, Frank Sinatra Enterprises, USC School of Cinematic Arts, and the GRAMMY Museum at L.A. LIVE, combines photos, family mementos, rare correspondence, personal items, artwork, and, of course, music, to offer a look into Sinatra’s legacy.

On view in the Museum’s Special Exhibits gallery on the third floor from March 4, 2016- June 5, 2016, HistoryMiami will also present a special section that highlights Frank Sinatra’s connections to South Florida. During the mid-20th century, Sinatra not only performed at Miami venues, but also shot several movies and television programs in the region. On display will be concert programs, movie and television memorabilia, and other items that tell Sinatra’s Miami story.

“Sinatra has a remarkable legacy performing, working and playing in Miami, and being able to bring the official exhibit of the Sinatra centennial to our museum is truly a treat for fans in South Florida,” said Stuart Chase, President and CEO of HistoryMiami. “This exhibit not only celebrates his iconic music legacy, but offers visitors a rare look into what it was like to know him personally.”

Sinatra’s story is told through items of his clothing, including his signature fedora and tuxedo, and pajamas, original artwork by Sinatra, and his golf clubs.

Other items on display include:

“By working together with the Sinatra family on this exhibit, we were able to provide fans a unique glimpse of what it was like to know the man behind ‘The Voice,’ said exhibition curator Bob Santelli, Executive Director of the GRAMMY Museum. “Through this collection of photographs and mementos, the exhibit brings visitors into the life of Frank Sinatra.”

Tickets to see the exhibition starting March 4, 2016 cost $10 for adults, $8 for seniors and students, $5 for children, and free for children under 6 years old.

This traveling exhibition is made possible through the generous support of Jack Daniel’s, Sinatra’s drink of choice.

HistoryMiami Museum, a Smithsonian affiliate, is the premier cultural institution committed to gathering, organizing, preserving and celebrating Miami’s history as the unique crossroads of the Americas. We accomplish this through education, collections, research, exhibitions, publications and city tours. Located in the heart of downtown Miami, HistoryMiami Museum is a 70,000 square foot facility and home to more than one million historic images and 30,000 three-dimensional artifacts, including a 1920’s trolley car, artifacts from Pan American World Airways, and rafts that brought refugees to Miami.  For more information, call 305-375-1492 or visit historymiami.org.

Throughout his career, Frank Sinatra performed on more than 1,400 recordings and was awarded 31 gold, nine platinum, three double platinum and one triple platinum album by the Recording Industry Association of America. He extends his record to 57 for the most top 40 albums on the Billboard 200 with this year’s new Ultimate Sinatra release. Sinatra has had Top 40 hits on the charts for eight decades, which is as long as the Billboard charts have existed. He received nine GRAMMY Awards over the course of his career, including three for the prestigious Album Of The Year, and an Oscar. Sinatra demonstrated a remarkable ability to appeal to every generation and continues to do so; his artistry still influences many of today’s music superstars. He also appeared in more than 60 films and produced eight motion pictures.

Sinatra was awarded Lifetime Achievement Awards from The Recording Academy, The Screen Actors Guild and the National Association for the Advancement of Colored People (NAACP), as well as the Kennedy Center Honors, the Presidential Medal of Freedom and the Congressional Gold Medal. Today, he remains a legend and an inspiration around the world for his contributions to culture and the arts.

About The GRAMMY Museum®

Paying tribute to music’s rich cultural history, this one-of-a-kind, 21st-century museum explores and celebrates the enduring legacies of all forms of music, the creative process, the art and technology of the recording process, and the history of the premier recognition of excellence in recorded music — the GRAMMY® Award. The GRAMMY Museum features 30,000 square feet of interactive and multimedia exhibits located within L.A. LIVE, the downtown Los Angeles sports, entertainment and residential district. Through thought-provoking and dynamic public and educational programs and exhibits, guests will experience music from a never-before-seen insider perspective that only the GRAMMY Museum can deliver. For more information, please call 213-765-6800 or visit www.grammymuseum.org. For breaking news and exclusive content, follow @TheGRAMMYMuseum on Twitter and Instagram, and like “The GRAMMY Museum” on Facebook.