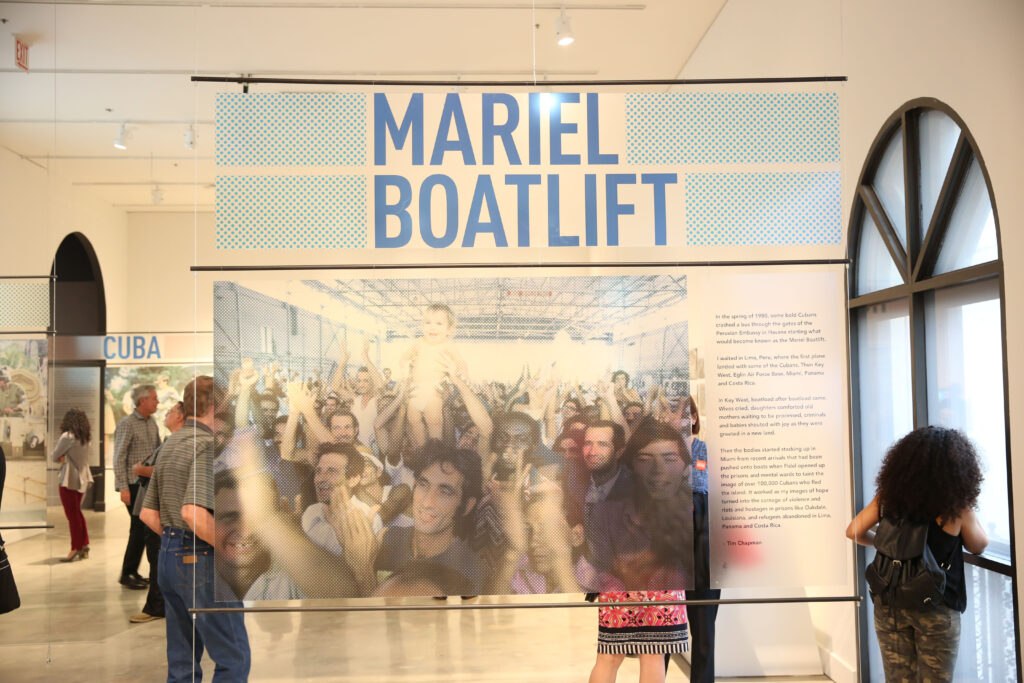 MIAMI – Tim Chapman loved news, and he covered it better than just about anyone. As a photojournalist, Chapman captured the history of the world frame by frame for more than four decades. His life’s work will be soon be on display at HistoryMiami Museum from April 15- August 14 in an exhibition titled Newsman: The Photojournalism of Tim Chapman. It chronicles Miami’s history from the 1970s thru 2012, as well as major regional events and beyond, that have forever shaped our minds.

The exhibition, curated by HistoryMiami and Photographer Al Diaz, highlights Chapman’s storied career that started at the Miami Herald in 1972. The photographs show snapshots of four decades of covering wars, riots, waves of refugees, and hurricanes.  Chapman’s legacy will hang on the walls at the HistoryMiami Museum in the gallery on the museum’s third floor.

“For the last four decades, many of the iconic images from the most prominent events in South Florida were captured by Tim Chapman. He archived all of his photos and gifted that prized collection to HistoryMiami,” said Stuart Chase, CEO and President of HistoryMiami Museum. “We have chosen the very best that capture Chapman’s range of work, and we know it will be an eye-opening and moving experience for everyone who visits the exhibition.”

In 1978, Chapman was one of only four photographers to make it into Jonestown, Guyana to document what became known as “The Jonestown Massacre,” which marked the largest loss of U.S. civilian lives in a non-natural disaster, prior to September 11th. Chapman also captured Hurricane Andrew, the Cocaine Cowboys era, and the Mariel Boatlift.

As his friend and former colleague Carl Hiaasen once wrote in the Miami Herald, “You did not send Chapman to take pictures at Art Basel… You sent him to fires and wars and plane crashes and mass suicides in Guyana. You sent him to crawl the jungles of Nicaragua with armed rebels. You sent him to shoot the guarded island mansion of a crooked prime minister (where he rented a plane and flew in low “with the sun at our backs”)…  And those of us who got to ride with him in those kick-ass days cherish every harrowing memory.”

Some of those memories will be shared at a special opening night conversation with Chapman and Hiaasen that will be held on April 15 at HistoryMiami Museum. The event is open to the public. Tickets are $10 for HMM members and $20 for non-members.

The exhibition is part of the HistoryMiami Center for Photography which explores the Miami experience through photographic images. The Center builds on the Museum’s significant photography archive of 1.5 million images to collect and exhibit documentary photography, and to offer lectures, workshops, and photo tours. For more information visit www.historymiami.org/photography.