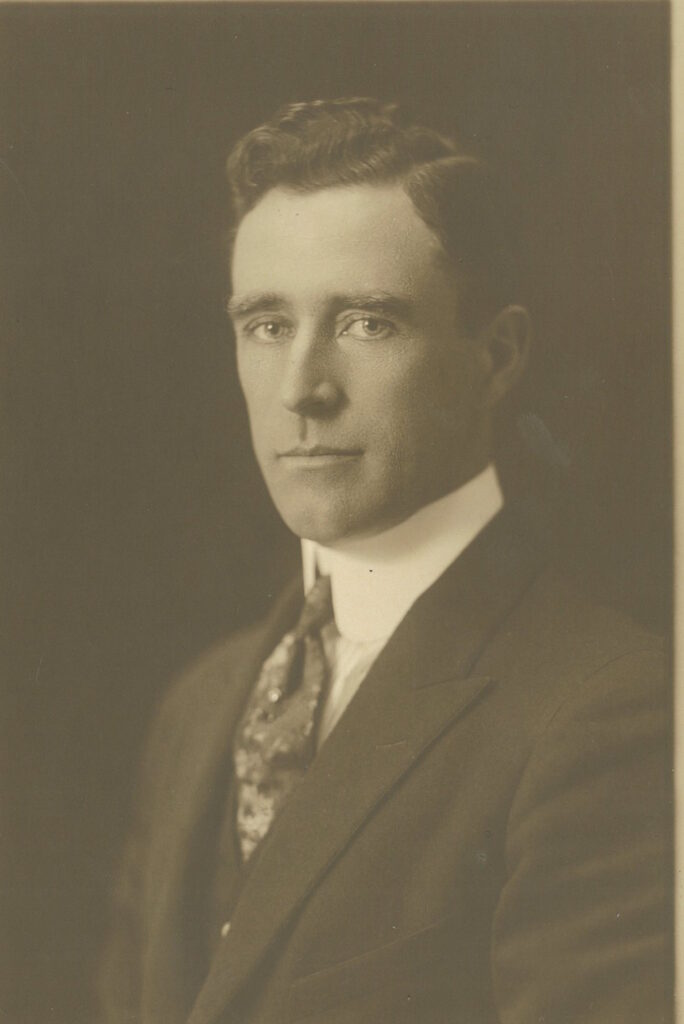 In the winter of 1915, a wealthy widow visited South Florida with her nurse to escape the harsh Canadian weather. That lady was my maternal great-grandmother, Mary Long Byrnes, from Collingwood, Ontario. Mrs. Byrnes was delighted by the tropical climate and decided to stay the season at the old Green Tree Inn in downtown Miami.

My father, James Edward Sheehan, traveled to Miami from Bedford, New York, where he had already built a successful contracting business. As with so many Florida pioneers, he was seeking new opportunity in this town of 5,000 residents and he also lodged at the Green Tree Inn.

The elderly lady and the young man met, and struck up a close friendship over many conversations rocking on the Green Tree porch.  They were kindred spirits, very proud of their Irish heritage. Also both Mary Byrnes and James Sheehan were devout Catholics and attended the Church of the Holy Name (now known as GESU Catholic Church, located at its original site in downtown Miami).

Mrs. Byrnes invited James to visit her large and lovely home called Balcaris in Collingwood during the summer, and he accepted. She was quite a matchmaker! She introduced James to her beautiful grand-daughter, my mother, Mary Frances Byrnes, and the two fell in love.  James visited Mary several times in Collingwood over the summer, each time requiring two weeks to travel by boat and train. They married in the fall of 1916 at St. Mary’s Catholic Church in Collingwood and moved to Mt. Kisco, New York.

After the birth of Margaret in 1917 and James in 1922, my father felt again that strong attraction to Miami and the family came south.  Pauline was born in 1925, and Joseph arrived in 1929. I was born in between in 1926 at Victoria Hospital, within one week after the fierce hurricane that devastated South Florida and destroyed the roof of our home.

I would like you to know about another family member, my paternal grandmother, Margaret Curtin Sheehan.  She was born in Ireland, emigrated at age 11, and had limited formal education.  But starting in 1904, she regularly bought and sold land parcels to build the family fortune. It was grandmother Sheehan who moved the family business enterprise from New York. As a youngster, I sometimes accompanied her on visits to attorneys and bankers, and witnessed their great respect for her ideas and plans.  What an example as an entrepreneur she must have set for my father, to encourage his interest in acquiring and building Florida real estate!

Dad loved to build family homes, and he had decided to concentrate on the Riverside area, north of Flagler Street and south of the Miami River.  His first home in 1922 was known as Presume, because he was so confident of the city’s future growth that he presumed there would be many others.

My father was a man of integrity and courage, who set high standards for himself and his children.  One of his classic statements that we heard often was, “How few people know how little is enough!” It was not just the family that he influenced: he often wrote to presidents, governors, mayors, bishops and priests praising or criticizing their policies.

All of us children attended St. Catherine’s Academy, later known as GESU School, and we were taught by the Sisters of St. Joseph from St. Augustine. The GESU Catholic Church was staffed by Jesuits, and I remember stories about Fr. James McLaughlin, who was pastor from 1914 until 1929. Bishop Michael Curley, who at 34 was the youngest bishop in the United States, had visited Miami in 1915 and encouraged the parishioners to envision a great future for Miami. Then it was under Fr. McLaughlin’s leadership that funds were raised to build GESU’s magnificent edifice in 1926 with stained-glass windows from Bavaria and statuary from Italy.

As we children became adults, aviation was an important part of our family careers.  James served during World War II as a pilot, and later joined Pan American Airlines. Margaret worked for Pan Am and later married a pilot. Joe worked many years for Eastern Airlines.  Pauline’s two daughters married into a family of pioneers in private aviation.

My life took a very different turn:  I discerned a vocation to become a Catholic priest and was ordained in 1956.  Most of my 60 years of joyful pastoral ministry were spent in Alabama, concluding with 12 years as rector of St. Paul’s Cathedral in Birmingham.  I was also privileged to serve the U.S. Catholic Bishops in Washington, D.C. as liaison for Ecumenical Relations to Orthodox and Protestant Christians. By far, the most memorable events were meeting Pope Saint John Paul II on his first visit to the United States, and years later, concelebrating Mass with him in a Vatican chapel. Now retired, I live in Central Florida and serve at St. Catherine’s Catholic Church in Sebring.

Although I do experience culture shock whenever I return to Miami, I can marvel at how the city has absorbed and benefitted from many different national and ethnic groups. Beginning in the early 1960s, Miami has “welcomed the stranger” with great compassion. My beloved GESU Catholic Church used the adjacent school building to assist refugees and exiles from the Caribbean and Latin America with medical and dental services, child and elder care, job searches, immigration assistance, language training, family counseling, and much more.

Miami has experienced many challenges in the past century, and I pray that the Lord will continue to bless this wonderful city with bright sunshine and warm hearts!