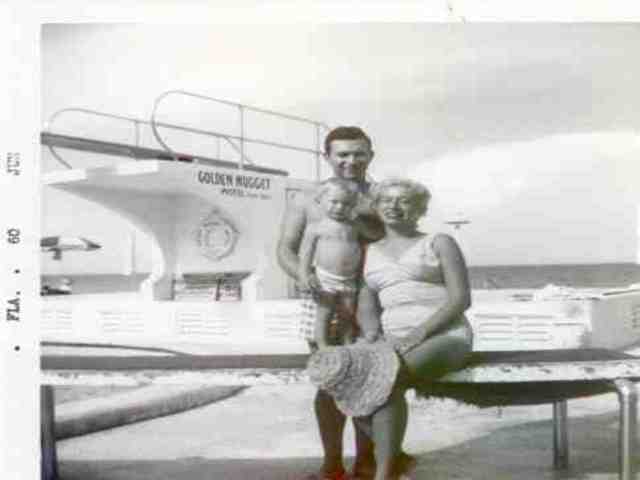 It was late 1959 when my parents decided to follow my mother’s sister and her husband down to South Florida from Wilkes-Barre, Pa., where I was born a year earlier.

We settled in North Miami on 200th Street. My older sister, Susie, and I attended the Little Red School House on 183rd Street and later Norland Elementary School. My parents divorced and soon thereafter we moved to Miami Shores where I attended second grade at Miami Shores Elementary. In 1966, we moved again to Coral Gables and lived in the 1300 block of Obispo Avenue for the next 14 years.

It was while attending the third-grade class at Coral Gables Elementary that I became involved with Cub Scouts. First with a friend’s parents who were our pack leaders, and later at a home near the Coral Gables Youth Center. Most of the kids I knew grew up at the Youth Center played Civitan baseball, football or soccer.

When the time came to cross over to Boy Scouts in 1970, I joined Troop 229 at St. Mark’s Lutheran Church across the street from Coral Gables High School. Scouting opened up a world of learning for all of us. We participated in numerous service-type events in South Florida, such as carrying the banners in the Orange Bowl parade, beach clean-ups and participating in the Scouting Shows and Camporees in places like Tahiti Beach off Old Cutler Road, and the old blimp base by the zoo.

We would camp out at Fish Eating Creek, Camp Seminole, the Everglades and attend the Seminole Indian Tribe’s “Wild Hog Barbeque” weekend where we participated in the greased pole climb and took free swamp buggy and air boat rides through the Everglades. I remember sitting in front of my tent at Camp Sawyer in the Keys on a dark starlit night with flashlight in hand memorizing my Torah portion for my upcoming bar mitzvah at Temple Judea. We traveled to Sebring to attend summer camp and when it closed in 1971, we moved to Inverness, to the new McGregor Smith Scout Reservation where I was also a counselor and taught handicrafts.

In the early ’70s, my mother had an office in the corner building of Main and McFarlane Road in Coconut Grove where she was quite active in the business community. Through her affiliations, I met numerous artists who had homes and studios in the Grove. After school, I would visit the studio of a wood sculptor who helped me earn my wood-carving merit badge. As a teenager, I would attend art openings in the lobby of the Bacardi Building and other galleries around Miami.

While attending Gables High, I participated in metal shop class where I learned the art of welding, copper and metal work and eventually produced numerous award-winning entries for the Dade County Youth Fair art competitions. All these skills and experiences eventually led me to my success and career as an architect.

In 1970, the school board enacted “integration” and for seventh grade we were bused from Coral Gables to attend George Washington Carver Middle School in the Grove. The first few months were a struggle for everyone, but we all settled down and the transition to Ponce de Leon Junior High the following year was uneventful. At Carver, I befriended a black student. We became good friends and we taught each other about our respective cultures.

I presented the idea to my new friend to join our Boy Scout Troop that year and that opened up the door of racism, which I experienced for the first time. I stood by my friend and made sure he shared the same experiences that I did in Scouting. For his first camp out, we shared a tent and I taught him outdoor skills that were taught to me.

In my early college years (1977), I would venture down to Key Largo to stay at my aunt and uncle’s weekend house. One evening I was on the 18-mile stretch and came upon debris all over the road. After I stopped, I noticed the lights from a partially submerged pickup truck in the adjacent waterway and found two individuals slumped in the front seat with water up to their chests. The first aid skills I learned in Scouting kicked in and I acted quickly and carefully to remove the injured driver and passenger. I was later told by the truck’s owner that the passenger would have died if first aid had not been administered.

My wife and I have been blessed with two wonderful children who were born and raised here in South Florida. Over the many years, we have all grown to appreciate all that this area has to offer. My sister (a nurse practitioner in the Broward hospital system) and her husband have two boys who are both Eagle Scouts and a daughter who has always been active in the Scouting community. Whenever I see Scouts in the community, I express that it is important to make sure they put the effort in to pursue the rank of Eagle. Only 2 percent of all Scouts make the rank of Eagle and I am grateful that I earned mine.