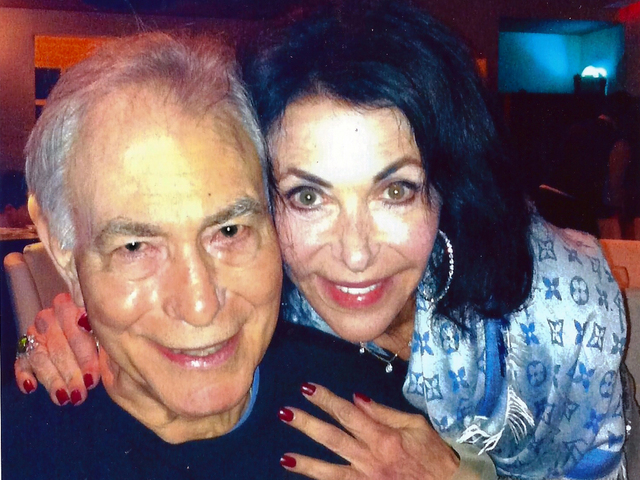 My father was a traveling salesman for my grandfather’s haberdashery business, Dixie Company, which manufactured white suits for the poor to buy on layaway in the rural areas of the deep South. He would be more centrally located out of a base in Florida, so my parents, baby sister and I moved to Miami Beach from New York City when I was 6 years old.

We first rented an apartment on Pine Tree Drive near 41st Street. There were hotels on nearby Collins Avenue, but no apartments at that time. That area of Pine Tree was all apartments, not single family homes as it is now. Indian Creek Canal was a lazy waterway with sight-seeing boats docked a little to the south of 41st Street.

The first thing I remember was going over the MacArthur Causeway and seeing the old Flamingo Hotel. The roof would light up at night and it was spectacular. After the hotel went out of business, a group of us kids would bicycle over there to look at the pool. It was a salt-water pool and full of fish, though the hotel was uninhabited.

The MacArthur Causeway was an old drawbridge made out of wood. That, and 79th Street Causeway, were the only ways to access Miami Beach. My grandfather’s brother would take me fishing off that old wooden bridge.

When I was in second grade, we rented a house on Nautilus Court, just off Alton Road. I had a friend whose father was a doctor and he lived behind Mount Sinai Hospital on an island with homes for people who worked in the hospital. It was connected to the hospital by a pedestrian bridge. Mount Sinai’s location originally housed a hotel called The Nautilus.

I went to Nautilus Elementary and in the sixth grade I attended North Beach Elementary on 41st Street, where it still stands and functions today for my friends’ grandchildren. There was a vacant lot on Nautilus Court where soldiers had been bivouacked during World War II.

My father saw the opportunities in Florida development and real estate and began building in North Miami Beach. He built custom homes in a section named Skylake, and then went on to build in an area quite remote, called Kendall.

I started building there years later where Brown’s Airport had been, on Southwest 104th Street and 77th Avenue.

My parents bought a lot at 5004 North Bay Rd. and we built our house in 1950. There was no air conditioning at that time; our house had a hurricane fan to cool it. Jalousie windows and vented wood slats in the interior spaces allowed the air to move freely within the residence.

Carl Fisher’s mansion was a few lots down and we bought the land from his estate. He reportedly had gone bankrupt at some point and in order to save on taxes, he filled his land in. To our chagrin, when we put the pilings in to build the home, we hit his magnificent pool made of thousands of pieces of mosaic tiles.

The house was on Biscayne Bay and as a teenager I would ski in front of the tourist boats that would come to show off Millionaire’s Row.

Some of the families made their parties and celebrations very ostentatious. One of my friends had Tony Bennett as the entertainment at his Bar Mitzvah. They could not stop outdoing one another. Eddie Fisher sang on another’s yacht.

I would take my boat to what is now Fisher Island. On the south side of the island, we would all go fishing. Nothing was there but an abandoned Vanderbilt mansion and rows of large gas tanks kept for storage. There was a road around the island, but it was uninhabited except for an occasional vagrant.

Also, at that time, Lincoln Road was a two-lane street for car traffic. One could park one’s car and do high-end shopping at Saks Fifth Avenue or The Dinghy. The street boasted three theatres — the Carib, the Beach and the Cameo.

In ninth grade I was sent to a boarding school in St. Petersburg called Admiral Farragut Academy. In 10th grade, I entered Miami Beach Senior High School. The old Beach High was on Pennsylvania Avenue and Española Way. It was not air-conditioned and most of the students were Jewish.

I have kept in touch with my friends all these years and have watched Miami Beach and South Dade grow beyond my wildest expectations.