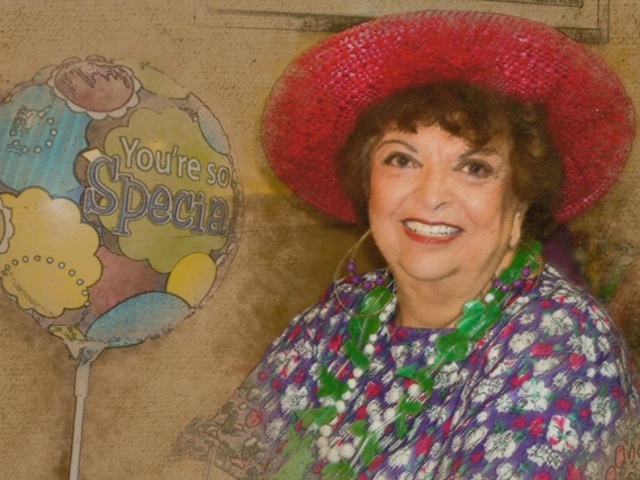 In 1949, I first came to Miami to check out the University of Miami.

I hitched a ride from New York with my Uncle Pat, who drove the boss’ shiny black Cadillac down south every fall to be the chief mutual racetrack teller through the winter season at Hialeah and Tropical racetracks. Leaving New York on a sleety day, we cruised the whole way down on U.S. 1 and arrived, almost magically it seemed to me, in warm, sunny Miami.

As everyone promised, it was heaven!

Then it was Miami again in ‘52 when my parents and I joined Pat for another southland sojourn — this time including the necessary tourist stop at Silver Springs. But I ended up at NYU part-time and was lucky to land a great job at IBM, so Miami had to wait until 1954 when my friend Barb and I split our vacation and took a week in August — first to Vacation Valley in the Poconos — and then a week in December back to my warm Miami.

I had booked a package tour with round-trip air fare, seven days at the Lombardy Hotel on 63rd Street, some meals, transfers and tours — for $99.

That summer before, back at Vacation Valley, Barb had been bitten by a black widow spider and had been pretty sick. Now in Miami, the sun activated the poison in her system, and she ended up at St. Francis Hospital on Miami Beach for the rest of our Miami week.

I ended up — by myself — at the hotel pool reading everything in sight, including the classifieds in the Miami Herald and The Miami News. Two ads intrigued me. They were looking for “Qualified Gals” to be stewardesses for Eastern Airlines and National.

I had become friends with a sweet Hawaiian who wove palm hats poolside. He encouraged me to apply — even lending me his old car that backfired all the way across 36th Street to the interviews. I was accepted by both airlines. The Lombardy’s doorman, George, another new acquaintance, said to go with Eastern, and I did.

I graduated — after six days of training — and remained at that great job for 20 years.

In 1957, I bought my first home in southeast Hialeah for $12,500. To go furniture shopping, I rented a car at $1 a day and 10 cents a mile (airline discount). In the middle of that “Other Century,” I wasn’t able to close on the house I bought because I was a single woman, so I called for “back-up” and sent for my mom to come down from New York and co-sign with me. But that wasn’t enough because she was a married woman and — at that time — needed her husband’s permission. I finally settled when Dad came down to sign for me. We’ve come a long way.

In the Miami sunshine, Mother’s arthritis almost entirely disappeared. When Dad came down on weekends and saw her improvement, he, too, became a Miamian, retiring from his job as an innovative production manager with Ever Ready Labels, which served the entire international label industry.

Within the year, they moved to Miami and, instead of living with my parents, the switch happened. They lived with me.

We bought a few more houses — from $10,000 to $17,000 — and rented them out to new stewardesses, and my folks happily became surrogate parents to the homesick girls. Mom, always a terrific seamstress, tailored their uniforms expertly and gave more than a few Italian-style cooking lessons. We became a happy extended family — my parents and all their high-flying “daughters.”

It wouldn’t be a bad idea for a thoughtfully written movie, I think, with worthy actors to play Sinatra and all the other celebrities we met and dined with back then — at Jilly’s on the 79th Street Causeway in those glamorous years.

I married a pilot in ’68, and we moved to Kendall. My husband’s hobby was rebuilding planes, so we bought an acre behind Baptist Hospital where he could have his large airplane parts spread out to work on. We remodeled a one-bedroom cottage to a three-bedroom, two-and-a-half bath home with a separate three-car garage workshop.

My airline job had to end in ’74 so I could be available if and when construction workers decided to show up. It was a sad day when I wrote my letter of resignation. I still had my heart with E.A.L. and became a Silverliner, our national service organization of former Eastern flight attendants.

I only recently stepped down from being Miami’s Silverliners president for 13 years, but I’m still active in our club, though our national membership has dwindled to 850 members and our local chapter from 45 to 11. I also joined the Red Hat Society, which widens my circle of friendships.

Under my mango trees and palms, I count my blessings every day for the good luck and sunny path that took me and my family to Miami.