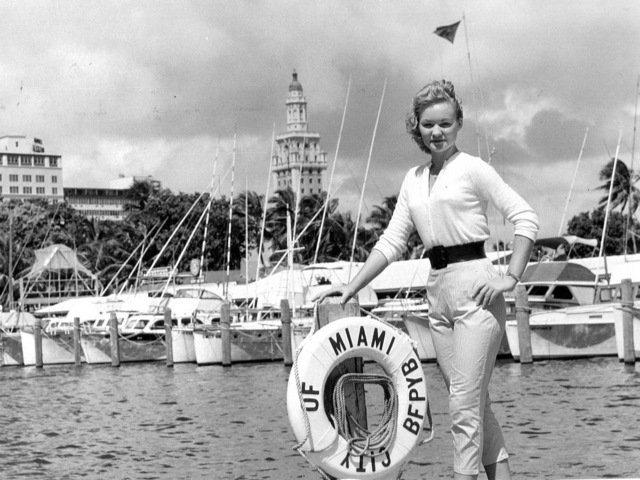 I was born in Hamburg, Germany, in 1941, during World War II. My father had a sister in New Jersey who sponsored my parents and me to come to the United States. Due to the quota at that time, we had to wait five years to get permission to immigrate. My parents were only allowed a certain amount of money to bring into this country, so we came first class – it was a glamorous ship. Unfortunately, I was seasick most of the cruise. We left April 4, 1952, and arrived on April 15. This April was so stormy our arrival was delayed by two days.

We finally made it to New York and went past the Statue of Liberty. We were all so excited. My aunt and uncle picked us up and we drove to Demarest, New Jersey. My parents went to night school to learn English and I was enrolled in the public school.

Demarest was a small town, and they had never had a foreigner in the school, so they had no clue what to do with me, not knowing English. I was placed in first grade – mind you I was 12 years old – and I felt terrible being there. My aunt helped me learn English at home after school with tools the school gave her. After a few months I was placed in the correct grade.

I worked as a hostess at Maisel’s Restaurant, then known as Junior’s Restaurant, on the corner of 79th Street and Biscayne Boulevard. Having come from up north, I could not believe that the restrooms and water fountains were segregated; “White” and “Colored” signs were placed on them. This restaurant, like Wolfie’s, was very popular. We used to have long lines.

It was a big shock when Pan Am went out of business, and I had to find a new career, which turned out to be in the hotel industry. I became a manager of housekeeping for the Seaview Hotel, then the Grand Bay Hotel, and then Fisher Island. Then I was fortunate enough to receive a call from Royal Caribbean and asked to be a facilities consultant. I traveled to all the ships to teach cleaning and equipment use. Unfortunately, due to the economic situation, several of us were let go.

As you can see, Miami has been very good to me and my parents. “Thank you” to the USA for having accepted us, and allowing us to be able to live here in this great country.