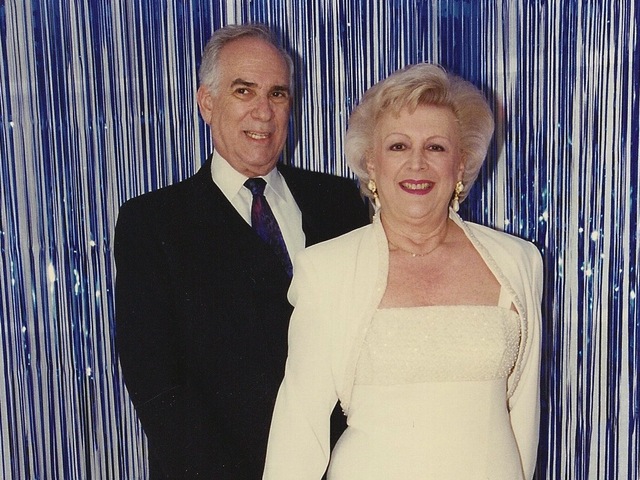 The year was 1950. My parents, Bernice and Eddie Melniker, came to Miami because my dad had purchased a drive-in movie theater, the Coral Way Drive-In.

They settled in at the Brickell Point Apartments, right on the river, and I was enrolled in the Lear school, then located on West Avenue in Miami Beach. It was not long before they purchased a new home on Hibiscus Island, where they remained until 1985, when they sold it and moved to Morton Towers.

My dad had always been a member of and involved in the Variety Clubs in different communities, so it was only natural that he would look them up here in Miami. At that time, they were the sponsors of Variety Children’s Hospital, and their main goal was to raise funds to maintain the hospital. This was in the days when polio was prevalent and the hospital played a large part in the program here in our community.

Since my mom was no longer working, as she had for so many years in her parents’ business, she was looking for something to fill up her time. When she met the ladies of the auxiliary, or as they called it in those days, “The Women’s Committee,” a perfect match was found. She was a very shy, southern lady, who had never set foot in any type of organization, but magic happened.

Her life became dedicated to this cause and she went head first into the task. This was her goal and a shining star was born.

Her first effort was to start up the Candy Stripers, young teenage girls who would become volunteers at the hospital. The red and white stripes appeared all over the hospital and were soon an integral part of the hospital’s volunteer staff.

Later, while serving as president of the organization, she traveled all over the state and even became president of the State Hospital Volunteer Organization. But her heart was always here in Miami and her efforts continued. How wonderful it was when the hospital expanded and became known as “Miami Children’s Hospital,” well known all over the world.

When she and my dad traveled around the world attending Variety Club conventions, she was always called to speak regarding the volunteer process, and she was a pro at this. The ironic part is that before moving to Miami, when her brother, Harold, lived with them, he was a major part of the ham radio community, speaking to people all over the world and particularly instrumental in offering their services when there were natural disasters. He would be talking to someone in Australia, she would come into the room and he would offer her the microphone to say hello to them, but she ran from the room in extreme distress and shyness. Hard to believe, because as the years progressed and her work with the hospital increased, if there was a microphone anywhere around, she would have it in her hand. I remember that we may have put one in her casket when she died.

Her accomplishments were amazing. She planned, hosted and presented many affairs and events, but probably the best one and her favorite was the “Golden Harvest” luncheon at the Fontainebleau, which she masterminded for 37 years. I know this because I worked along with her. She created the program, wrote the plans, produced and directed this affair, and then allowed me to host the event. They were glamorous, spectacular, fashionable affairs and they brought in the most prominent socialites to attend and participate in the fashion shows. As time went by, they included an adjunct to this famous luncheon, calling it “Golden Harvest Queen of Hearts,” and each year they would honor a special lady from the community.

By now, you might be wondering where my dad was during all this. Well, he was Mr. Miami Beach. Having gone from the theater business to banking, he made his mark with just about every organization in town. Walking down Lincoln Road with him was an adventure in itself, and it seemed everyone he passed was a customer at his bank. First, there was Mercantile at 420 Lincoln Rd., then Pan American at the Roney Plaza, then SunTrust, which was the last before his retirement. But the word retirement did not fit with either of my parents. He played golf at many courses, cards at the Elks club, but never leaving his true love for the Variety Clubs and their many projects helping children. He died in January 1986, at the age of 85.

They were a gorgeous couple attending so many social events, but always wearing proudly their banner of services to Miami Children’s Hospital. These memories will linger forever with me, and if you happen to visit the gift shop at the hospital you will see my mom’s plaque on the wall just by the door. The last “Golden Harvest Queen of Hearts” was held in November 2000, and at the next monthly meeting, Dec. 20, they gave her a big cake.

While at this luncheon, she was already speaking about plans for the next event for November 2001. One week later, she passed away in her sleep, with no fanfare, just a quiet goodbye. So, the curtain went down, the lights dimmed, but her special talent and dedication to something in which she believed so magnificently will remain.